Once your report has been attended to, the dot on the map turns from red to green. 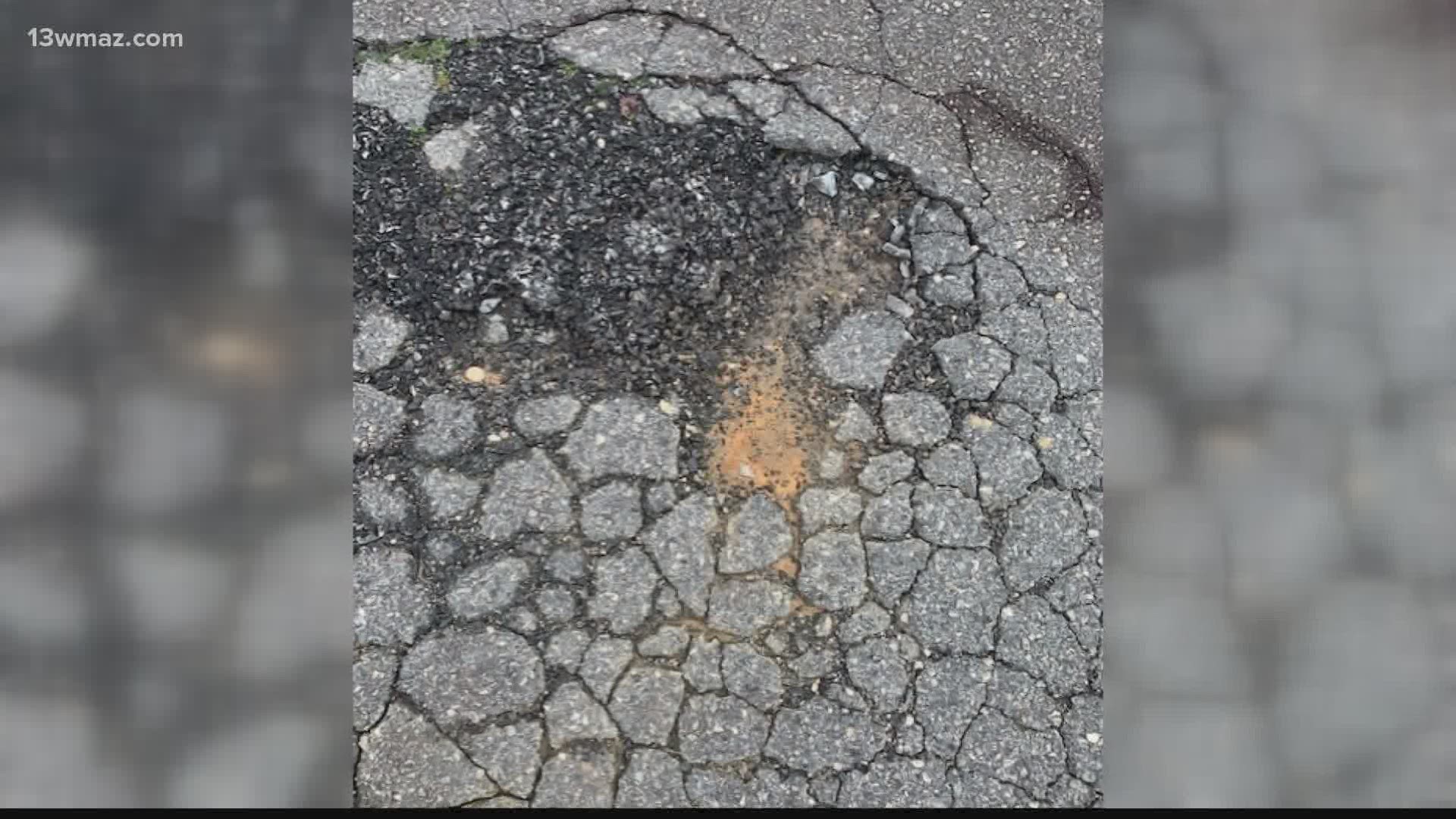 MILLEDGEVILLE, Ga. — According to Baldwin County's county manager, their number one road complaint is potholes.

Their new citizen portal app is aimed at helping the county fix those problems with your help.

Chadwick Wilson has been living off Butler Road for decades now.

Wilson said, "Our roads really narrow and the trucks are breaking the roads up, so we have a lot of potholes on the road."

For Wilson and his neighbors, potholes are a safety concern.

Wilson said, "When it rains especially those potholes fill up so you can't really see the potholes, so if you meet an oncoming car, you just kind of drop off in this hole."

Not too long ago, Wilson needed new tires after a pothole messed up his truck's alignment.

Wilson said, "I met an oncoming car and I really hit that hard."

Baldwin County Manager Carlos Tobar tells me they are working on the pothole problem.

Tobar also, "During the rainy time, like right now, it is very challenging to get to them all, but we will get to them as fast as you can."

Their new citizen's portal allows you to report potholes or any road concerns.

Go to BaldwinCountyGA.com. Click on "county news" and then open the "Citizen Problem Reporter App."

Tobar said, "They can see that something was reported a week ago, that means we are little behind in tackling these problems."

Once your report has been attended to, the dot on the map turns from red to green.

"We tell them we are spending the money that has been budgeted," said Tobar. "If you want us to do more, we need another funding source."

Tobar also says Baldwin County includes about 400 miles worth of unincorporated roads, which are all the roads outside of the purple marked area on the map. The purple area is the City of Milledgeville.

Besides the rain and traffic, Tobar tells us most of Baldwin County roads don't have proper bases, which is what leads to improper draining and ultimately causes new potholes to form overtime.