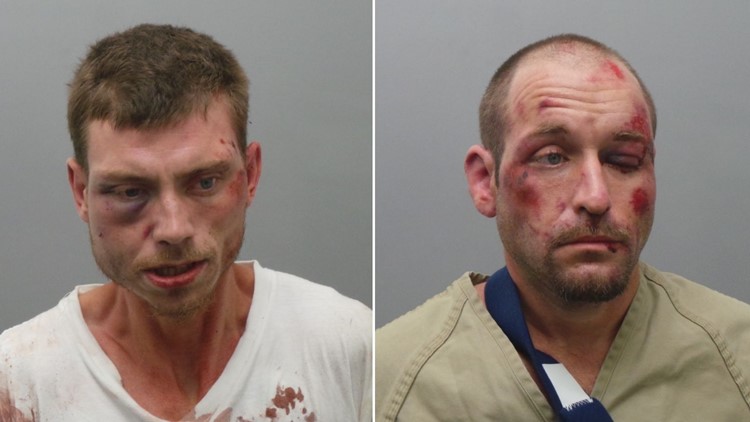 Matthew Higgins, 27, has been charged with first-degree assault, armed criminal action, unlawful use of a weapon, unlawful possession of a firearm and resisting arrest.

Kenneth Bull, 42, was charged with first and second-degree assault, armed criminal action, unlawful use of a weapon and resisting arrest.

Tuesday night, a St. Louis County police officer saw a car with improper plates and attempted to make a traffic stop, according to the probable cause statement.

When the officer attempted to get out of his car, he saw Higgins hang out of the car window and point something at him. The officer then heard two gunshots. Bull was in the driver’s seat and drove away.

The officer chased them for about 15 minutes until their car became ‘disabled.’ Two other officers crashed into each other during the chase.

The two men engaged multiple officers in a physical struggle before being taken into custody, according to police.