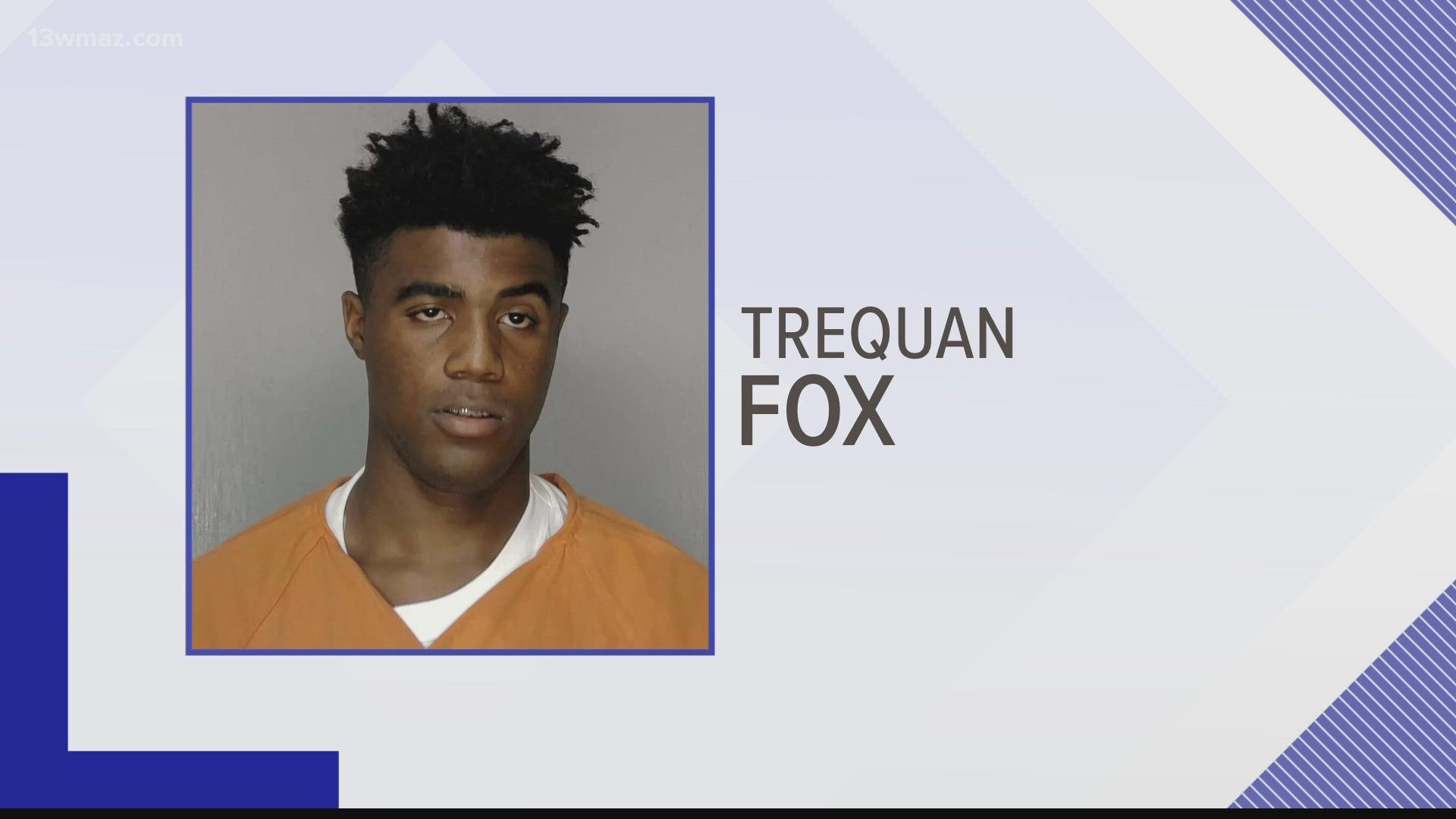 MACON, Ga. — A second man has been arrested in the shooting deaths of two men at an east Macon mobile home park in May.

According to the Bibb County Sheriff's Office, Trequan Raquez Fox was arrested in the fatal May 10 shooting of 29-year-old Quinterious Hillman and 29-year-old Jerod Lester at Avalon Mobile Home Park at 2621 Jeffersonville Road.

The sheriff's office says a special presentment in the case was made before the grand jury by the DA's Office Friday.

According to Bibb jail records, Fox is charged with 4 counts of murder, 2 counts of aggravated assault, and possession of a firearm or knife during attempt to commit a felony.

On May 11, investigators arrested 19-year-old Jaives Jamel Fountain in connection with the murder.

Investigators say during an interview, Fountain admitted to being at the home when Hillman and Lester were killed. He charged with two counts of murder.

Anyone with information about this case can call the Bibb Sheriff’s Office at 478-751-7500.