Deputies found meth and other drug paraphernalia in a bedroom where a 7-week-old baby sleeps. 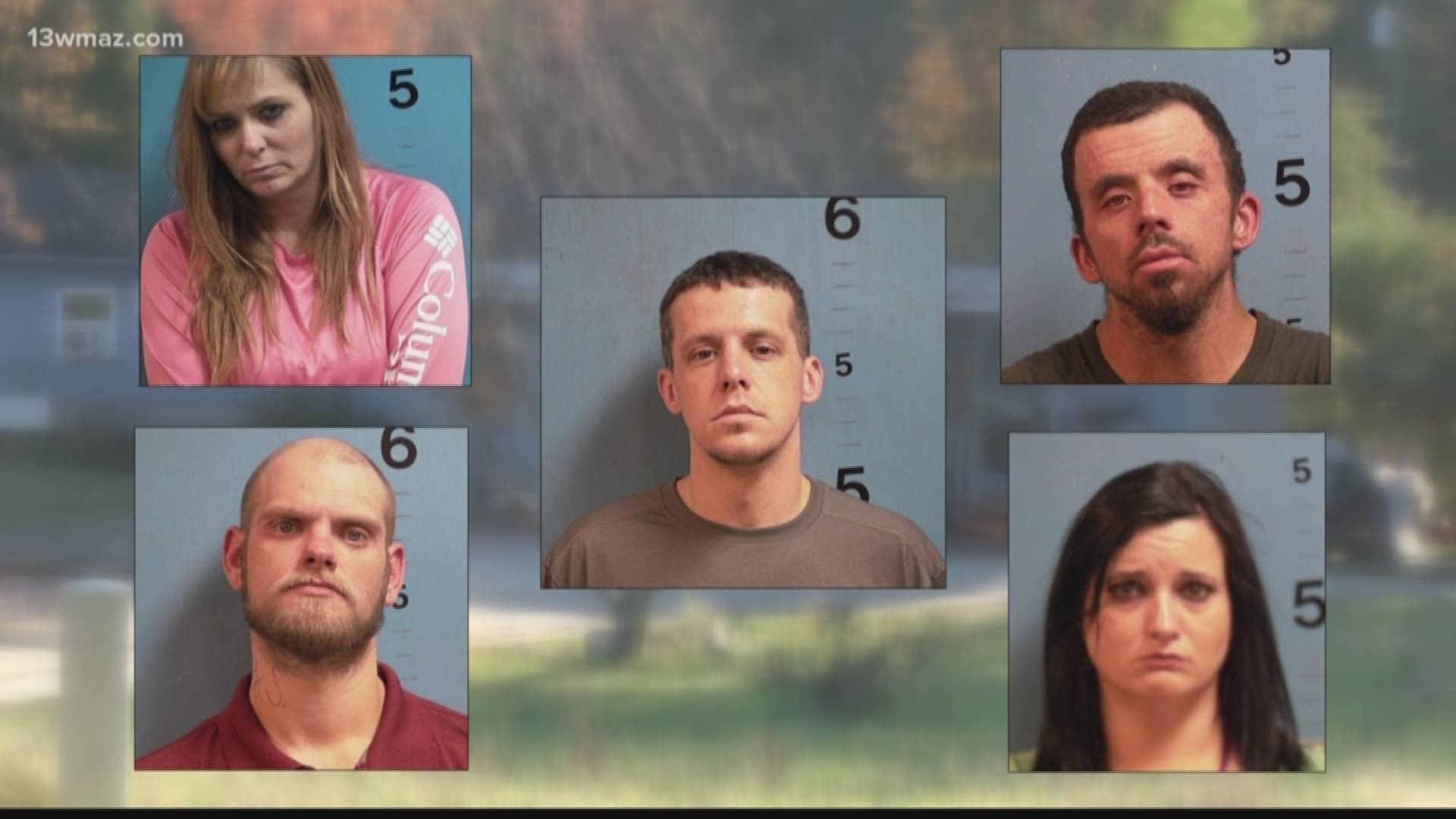 MONROE COUNTY, Ga. — Five people have been arrested after Monroe County Deputies found a 7-week-old baby in a room with meth during a drug bust on Monday.

According to a post from the Monroe County Sheriff’s Office, a search warrant was executed at a home on Boxankle Road around 7:30 p.m.

According to the post, deputies also found “multiple devices” used for smoking meth and marijuana.

Capt. Ricky Davis with the Monroe County sheriff's office says, "methamphetamine is one of the more popular drugs. not only in this area but probably the entire Middle Georgia area."

Joshua Paul Liggett ran out the back door and left, says the post. Liggett will also be charged with distribution of methamphetamine since he lives at the house and was there before he ran off.

Davis says, "the people there were known to have had drug charges in the past."

Davis says, "it's terrible. this child is 7 weeks old and completely reliable on whoever's taking care of it."

The baby was there during the search warrant. Mills was also charged with cruelty to children.

Davis says "anytime you have a child you want them to be in a clean environment and have everything they need and having them in there with drugs is just a terrible idea."

The posts states deputies contacted the Monroe County CARE Cottage and worked with DFCS to get the baby placed with relatives.

Liggett was found Tuesday and put into custody.

RELATED: Macon family starts music scholarship for kids in honor of their son