All of the five escaped Pulaski County inmates are now in custody, as of early Wednesday morning. 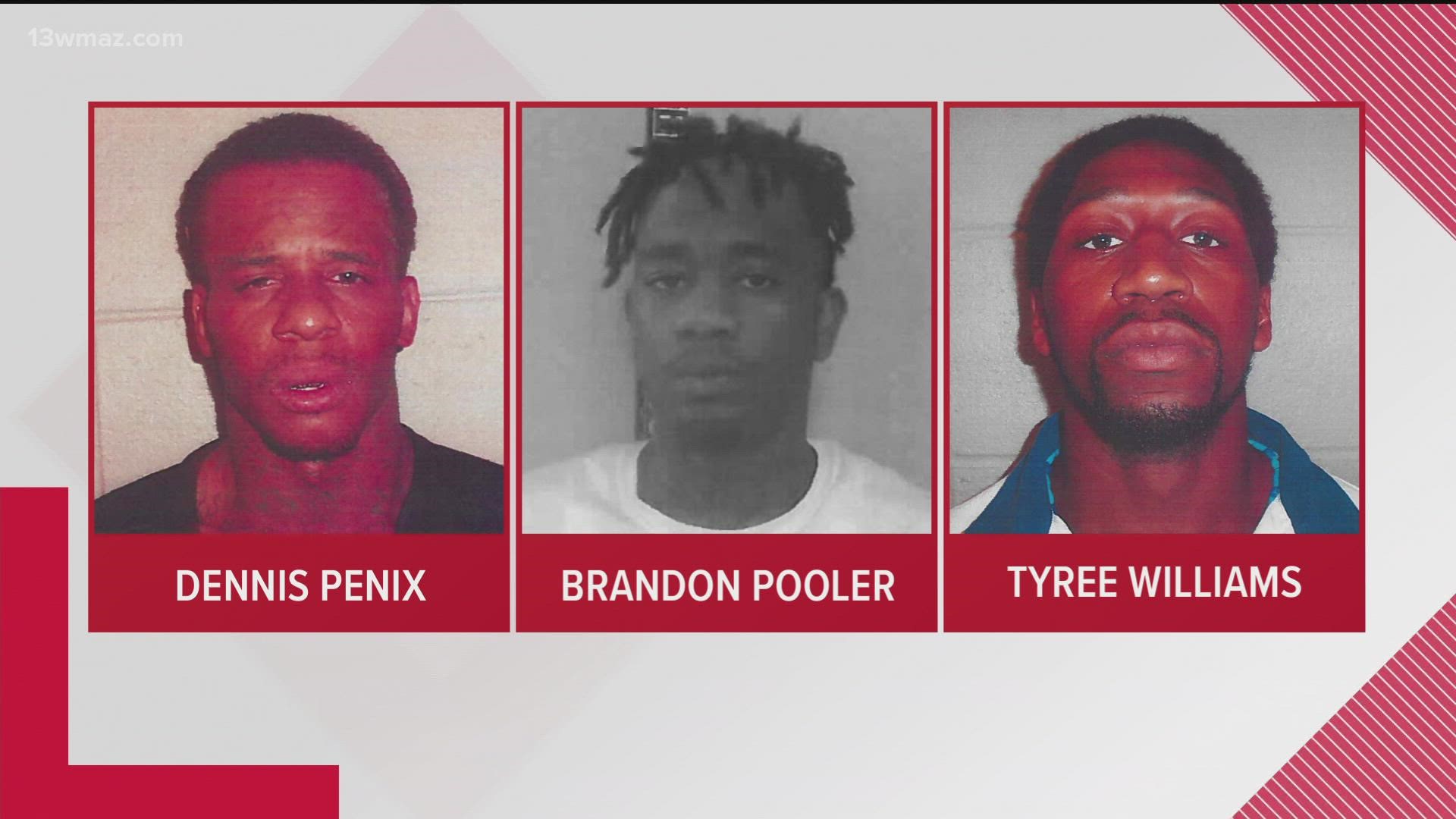 Edgar says they found Penix and Pooler hiding in the back of a mobile home on Krisken Court in Warner Robins around 3 p.m. Tuesday. Three people are being questioned for harboring the escapees and hindering the investigation, according to Edgar.

Edgar says the escapee was found sitting behind the building at the car lot, smoking a cigarette.

Williams was being held in the Pulaski County jail, charged with felony murder and home invasion.

"We can rest now. We can rest a little bit," Edgar said. "It's just a huge relief. The public can feel safe again."

Wagner says it’s a “safer day” in Warner Robins. He warned that “this is not the place to come to escape from jail.” He added that they used their resources to catch the escapees.

“Technology is a wonderful thing,” he said.

No further details were given on how the men were caught.

How the inmates escaped

Pulaski County Sheriff Danny Brannen says an inmate was giving a jailer trouble getting into the cell around 11 p.m. Friday. 11 p.m. is when lights should be out and all inmates locked down, Brannen said.

He says the jailer stepped into the cell, trying to get the inmate in, when she was attacked.

"You can do that if you have enough people to help you," Brannen said.

One of the inmates was Dennis Penix.

Sheriff Brannen says the inmates threatened to kill her, took her personal car keys, and attacked the only other jailer working that night.

He says there should have been four jailers working; however, Brannen says the sheriff's office is understaffed.

The inmates then let three other inmates out of a different cell, stole two Tasers out of the jail's control room and escaped in a jailer's personal car-- a 2015 white Kia Sedona.

Sunday night, authorities had the first break in the case.

One of the five inmates was spotted at the Taco Bell on North Davis Drive in Warner Robins just before 7:30 p.m. Sunday night.

Shortly after receiving the tip, Tyree Jackson, who was originally in jail for car break-ins, was arrested during a traffic stop at the 7 Star convenience Store down the road from the Taco Bell.

Around the same time, U.S. Marshals and Warner Robins Police got a tip about the four other inmates.

Warner Robins Police say they were sent to the 600-block of N. Davis Drive around 7:30 p.m. after being tipped off about one of the escaped inmates.

A lookout was issued on a vehicle, which was then stopped by officers, and Jackson was taken into custody.

Then, Lewis Wendell Evans III was arrested later Sunday night when officers executed a search warrant at a home on Magnolia Avenue. The stolen Kia Sedona was also recovered.

WHO ARE THE INMATES

Tyree Williams is charged with felony murder and home invasion for allegedly shooting a man in July 2020.

Dennis Penix is accused of killing two men in 2017 in a drug deal gone bad.

The other three are Brandon Pooler, accused of child cruelty; Tyree Jackson, who's charged in car-break-ins (captured); and Lewis Evans, accused of obstructing an officer. 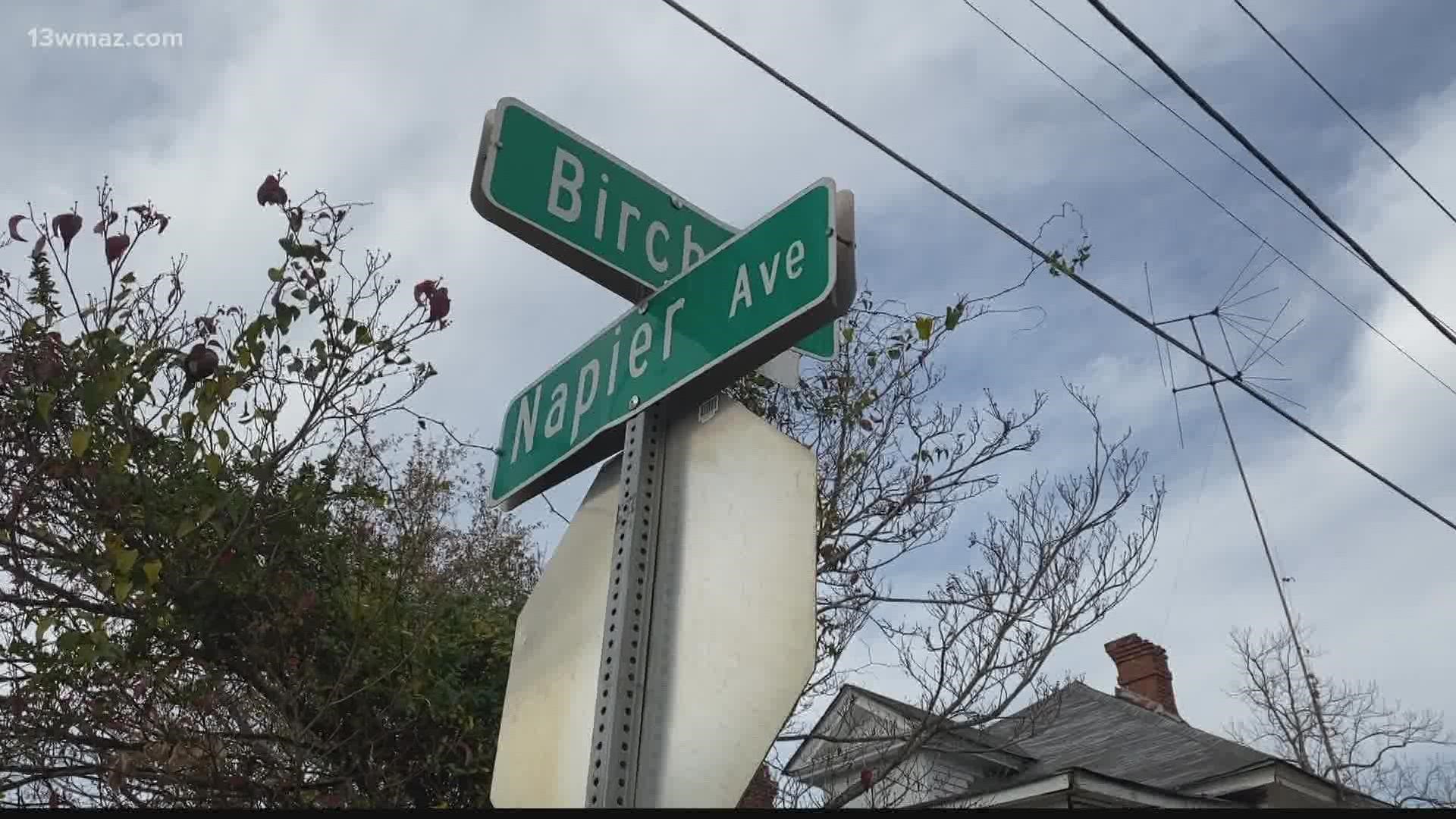