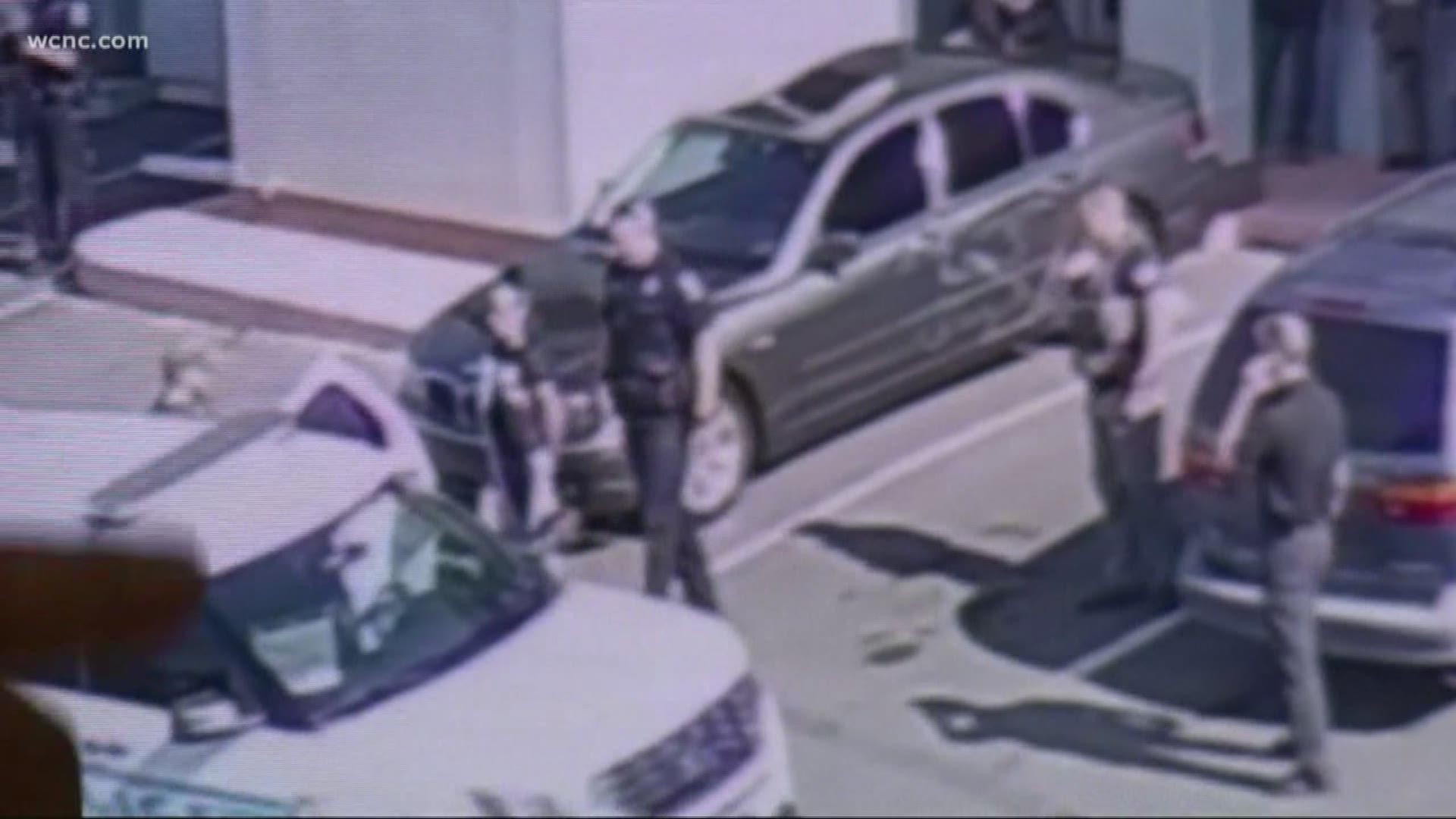 CHARLOTTE, N.C. — A major arrest in Charlotte ends a string of bank robberies in several states.

New surveillance video obtained by NBC Charlotte showed the so-called "Pink Lady Bandit" in handcuffs. The woman and her alleged accomplice were arrested at the Charlotte Speedway Inn and Suites over the weekend.

The FBI has identified the woman as 35 year-old Circe Baez. She and 38-year-old Alexis Morales appeared before a judge Monday morning.

The pair was arrested in connection to four bank robberies along the East Coast this month, including two in North Carolina: Ayden and Hamlet.

The manager of the Charlotte Speedway Inn and Suites tells NBC Charlotte he helped authorities make the arrest. Omar Imam said after they showed him a photo of the people they were looking for, he directed them to the room where the suspects were staying.

“He happened to come in a day before, just to get his key done, so there I got his picture somehow recognized,” said Imam.

RELATED: Have you seen the 'Pink Lady Bandit'? $10,000 reward offered for information

Imam said while negotiating by phone with the pair who were inside the room, authorities assured them their pet would be safe.

“They (the suspects) were kind of concerned about, ‘Oh, we have dogs in our room, so we don't want any harm done to their dog’,” says Imam. “He (the officer) kind of gave them all the instruction, just come out with your hands up where I can see them.”

The name "Pink Lady Bandit" came from one of Baez's accessories, authorities said.

“She carried kind of a distinctive pink handbag, so we went with the ‘Pink Lady Bandit’” said Shelley Lynch with the FBI.

The FBI said the relationship between the suspects wasn’t clear. Authorities were also investigating why they were in Charlotte.

“It might have just been a stop on the way somewhere else; they could have potentially been planning a robbery for Charlotte,” Lynch told NBC Charlotte.

“We had a new Bonnie and Clyde in our place so that it was it, but yesterday we didn't realize they were that famous,” Imam said.

The pair faced several charges including robbery with a dangerous weapon and conspiracy to commit robbery. The FBI said they will likely face additional state charges and perhaps federal charges too.

Each suspect was being held on a $4 million bond.

Charlotte suburb named one of the best places to live in the U.S.

Mother shares her journey with grief after losing sextuplets