Ahmaud Arbery's parents have come forward with a statement following the jury's verdict in the trial over their son's death. 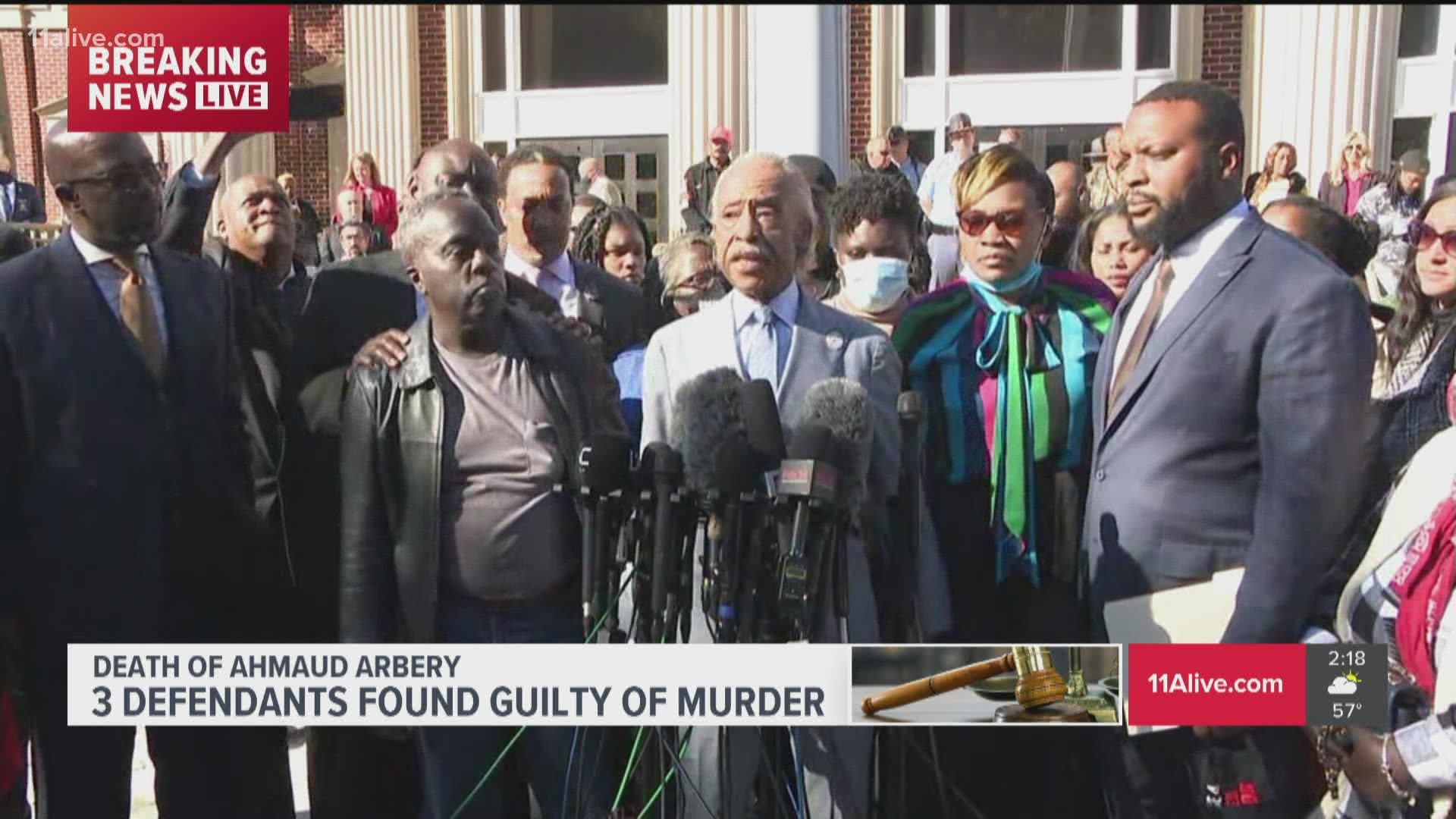 BRUNSWICK, Ga. — It has been 18 months since Ahmaud Arbery died. Shot and killed, the 25-year-old's death sparked a national movement. Now Arbery's parents have come forward to offer their statements following the jury's verdict in the lengthy trial of Ahmaud Arbery's death.

"I just want to say thank you, guys,"  Arbery's mother Wanda Cooper-Jones said to a cheering crowd just outside of the Brunswick courthouse. "Thank each and every one of you who fought this fight with us."

"It has been a long fight. It's been a hard fight, but God is good," she continued. "Back in 2020, I never thought this day would come. But, God is good. I just want to tell everybody thank you. Thank you for those who marched and most of all for the ones who prayed. Thank you, God."

"Now 'Quez,' which you know as Ahmaud, he will now rest in peace," she finished to the applauding crowd.

Arbery's father Marcus Arbery was next to take the podium.

"I want to thank all of you people for all of the support you gave us." He continued, receiving praise and support from the surrounding crowd.

Gregory McMichael, Travis McMichael and neighbor William "Roddie" Bryan were convicted on several charges, ranging from malice to felony murder, on Wednesday. The trio claimed they were attempting a citizen's arrest when they confronted Arbery.