A judge found probable cause to proceed to trial on the charges of murder against all three men. 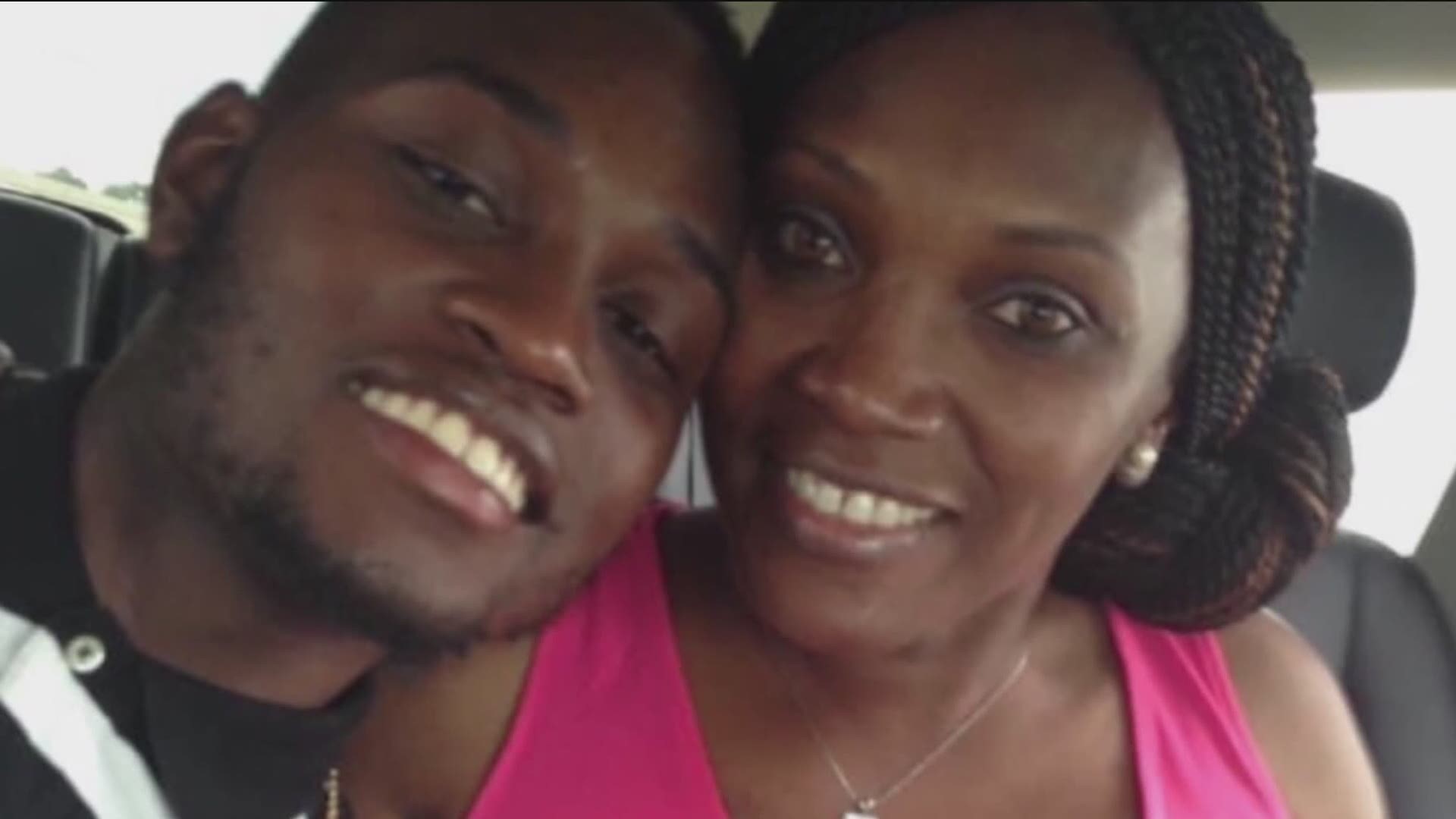 BRUNSWICK, Ga. — The mother of Ahmaud Arbery said she got many of her questions answered Thursday when the three suspects charged with murder in the case had court appearances in Glynn County.

Wanda Cooper-Jones is the mother of the 25-year-old who was killed in a south Georgia neighborhood in February when father and son - Gregory and Travis McMichael - followed him armed with guns as family said Arbery was out jogging. The suspects claimed they thought he was a burglary suspect behind recent break-ins in the area and wanted to confront him. Arbery was shot three times.

The Georgia Bureau of Investigation finally arrested and charged the McMichaels with murder and aggravated assault in May, months after Arbery's death, after allegations of mishandling of the case by law enforcement.

The fatal encounter between Arbery and the McMichaels was captured on video by William Bryan, authorities said, and it shows the moments leading up to Arbery's death. Bryan is charged with felony murder and criminal attempt to commit false imprisonment.

During Thursday's preliminary hearing, a judge found probable cause to proceed to trial on the charges of murder against all three men. Cooper-Jones said it was a start in the processes of getting justice for her son.

1 / 5
Provided
Ahmaud Arbery, 25, was shot and killed by two armed men while jogging in a South Georgia neighborhood back on Feb 23, 2020.

She told 11Alive's Aisha Howard in an exclusive interview Thursday evening, it was difficult to listen to some of the testimony, but she was grateful to learn more at the same time.

"Some of the information was shocking, but it was shared. It gave a sense of closure of the last minutes of my son's life. It answered many questions that I had about what happened in the streets of Satilla Shores," she said.

An investigator that testified that Bryan told the GBI, "after the shooting took place and before police arrival, while Mr. Arbrery was on ground, he heard Travis McMichael make a statement "f****** n-word."

There was one moment in court when Arbery's mother left.

"There was testimony being given discussing Ahmaud's mental illness," she said. "That being said, Ahmaud is no longer with us. Ahmaud was the victim, but at the same time he was being victimized. Ahmaud couldn't speak, and I was in the position where I couldn't speak on his behalf, so I chose to leave."

The Arbery family attorney, Lee Merritt, said he believes the death was racially-motivated.

"American society has racism at its root," he said. "I'm use to implicit racism, implicit bias. These were people who were clearly motivated by race when they attacked Ahmaud."

Protests have taken place across the nation since the death of George Floyd, a black man who died after a white Minneapolis officer knelt on Floyd's neck. Cooper-Jones said she's elated to see people protesting and pushing for change.

"I'm glad that the voices are being heard, not only in Ahmaud's case, but all the other cases as well," she said. "I think that Ahmaud's death and Mr. Floyd's death will implement change, because change is what we need."

VERIFY: Were protesters tear-gassed to clear the way for Trump's walk to church?

VERIFY: No, bricks are not being staged in Atlanta for violent protests.