'When I look at our greatest successes, it's not through our car pursuits,' the chief said. 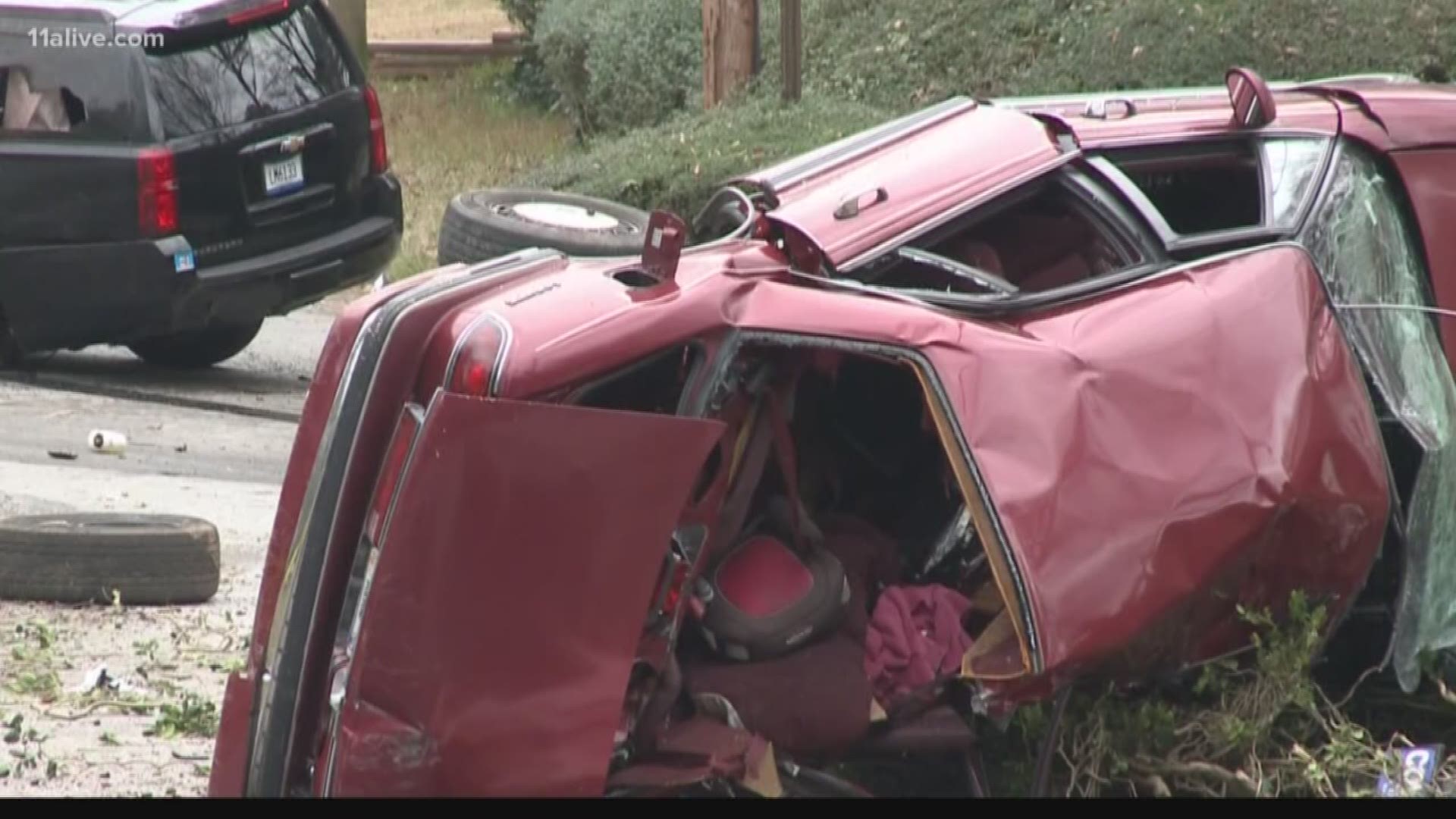 11Alive obtained the letter from a source in the department in which Shields said "the department is assuming an enormous amount of risk to the safety of officers and the public for each pursuit, knowing that the judicial system is largely unresponsive to the actions of defendants."

She went on to say in the letter that she understands this will not be a popular decision and that this may "drive crime up."

Shields addressed the media during a 3 p.m. news conference and said that the new policy will be in place while they continue to review its protocol.

"When I look at our greatest successes, it's not through our car pursuits," she told the media.

"I don't want to see us cost someone their life in pursuit of an auto theft person or burglar when the courts aren't even going to hold them accountable. I mean, how can we justify that?"

She went on to say that the system is broken - and that was part of her thought process.

"I would rather us put greater emphasis on our investigative techniques."

It was just in September of 2018 when Shields signed a policy to establish guidelines for police officers that are in pursuit. That policy stated that the "methods used to enforce laws should maximize the safety of all police officers and citizens."

In February of 2019, Sen. Gail Davenport (D-Jonesboro) introduced Senate Bill 63, which would make it illegal for police to chase someone unless they believed the suspect had committed or was in the process of committing certain crimes.

That came after a South Fulton police officer crashed into a van while chasing another car, killing three people in Nov. 2018. South Fulton's police chief said he rewrote the pursuit policy shortly after taking office in September, "which was nearly two months prior to the incident occurring."

In 2016, a grandmother and two small children were killed when an escaping suspect crashed into the vehicle the she was in with three small children as they were on their way to church.

The family filed a lawsuit against College Park police and Atlanta police. Both agencies were involved in the pursuit.

Also in 2016, a married couple was killed in Johns Creek when a car involved in a high-speed police chase slammed into their Mercedes in the intersection of Peachtree Parkway at Jay Bird Alley.

Allow me to first say "thank you " to all of you. I know the job is difficult, perhaps now more so than ever, but I could not be prouder of the work that is done by the Atlanta Police Department. As we move into 2020, I ask that you commit yourselves to safety; both individually and to others. It is along those lines that I must revisit the department's current police pursuit "chase" policy.

I am acutely aware than an overwhelming number of crimes are committed where a vehicle is involved in some capacity; and that some of the most significant arrests we have made as an agency have been as a result of zeroing in on a specific vehicle. In reviewing the department's current pursuit policy, I must weigh these critical successes against several factors. Namely, the level of pursuit training received by officers who are engaging in the pursuits, the rate of occurrence of injury/death as a result of the pursuits and the likelihood of the judicial system according any level of accountability to the defendants arrested as a result of the pursuit. At this point and time, the department is assuming an enormous amount of risk to the safety of officers and the public for each pursuit, knowing that the judicial system is largely unresponsive to the actions of the defendants.

Please know that I realize this will not be a popular decision; and more disconcerting to me personally, is that this decision may drive crime up. I get it. But at the end of the day, I want all of you to keep your jobs and to have a strong and positive career. Thank you, Chief Shields.

Trooper's patrol car, fleeing SUV overturn during pursuit on I-575

Police chief: 'Premature to speculate' on whether chase policies were followed in fiery crash