Bibb County Sheriff's Office temporarily suspended the alcohol license for The Thirsty Turtle, less than 24 hours after an attack happened outside the bar Friday 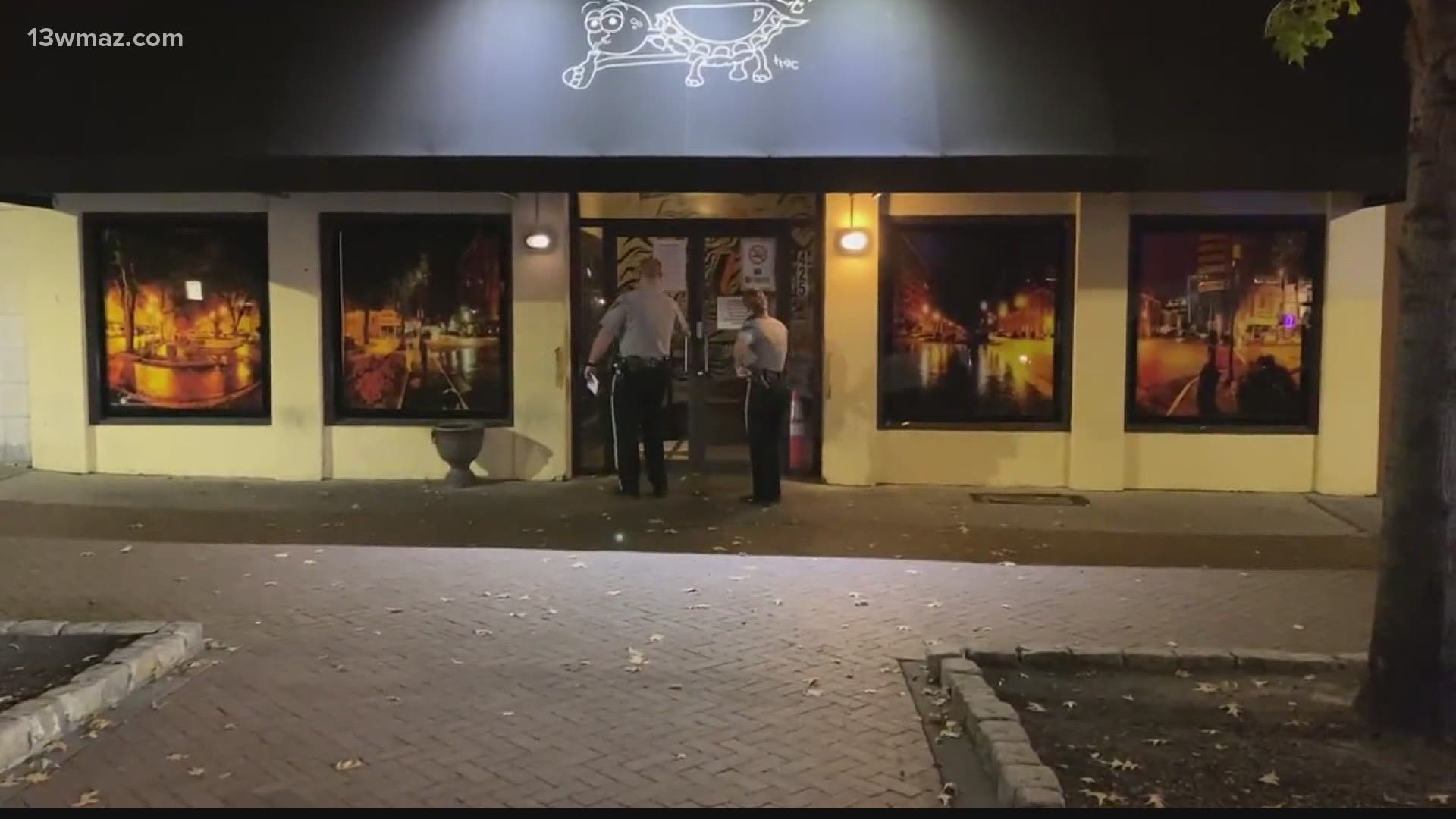 MACON, Ga. — The Bibb County Sheriff's Office temporarily suspended the alcohol license for The Thirsty Turtle, less than 24 hours after an attack happened outside the bar Friday morning that left one woman dead and hurt seven others.

13WMAZ was there when deputies served an alcohol license revocation letter around 9 p.m.. It will suspend alcohol sales for up to 90 days. In that time, the Bibb County Sheriff's Office will review the bar's operations, according to the letter.

Davis writes that this is being referred over to the Macon-Bibb County Commission. The commission can then decide on whether the county will take further action with the bar, according to spokesperson Chris Floore.

In a statement to 13WMAZ, the Thirsty Turtle General Manager Matthew Obelgoner wrote, "We are naturally very disappointed with the sheriff's decision to close our establishment. We have no doubt that once all the facts are assembled and the available evidence has been examined by clearer heads, it will be determined that the Thirsty Turtle had no part in the atrocities that were perpetrated against the people of our community last night."

Obelgoner said the Thirsty Turtle will comply with the sheriff's order. He added that the victims of Friday morning's shooting will be in the business' thoughts and prayers.

The sheriff's decision comes after a joint statement from current and incoming county officials which urged the sheriff to revoke the alcohol license of the Thirsty Turtle "should there be criminal findings in the investigation of the incident."

According to the sheriff's office, the attack started after a fight at the Thirsty Turtle. A vehicle drove by the bar and shot into the crowd at the bar. The vehicle continued driving Cherry Street and fired more shots at the Third Street intersection.

Six people were shot and two people were stabbed. One woman, 22-year-old Jhacaya Mann, was pronounced dead at the hospital.