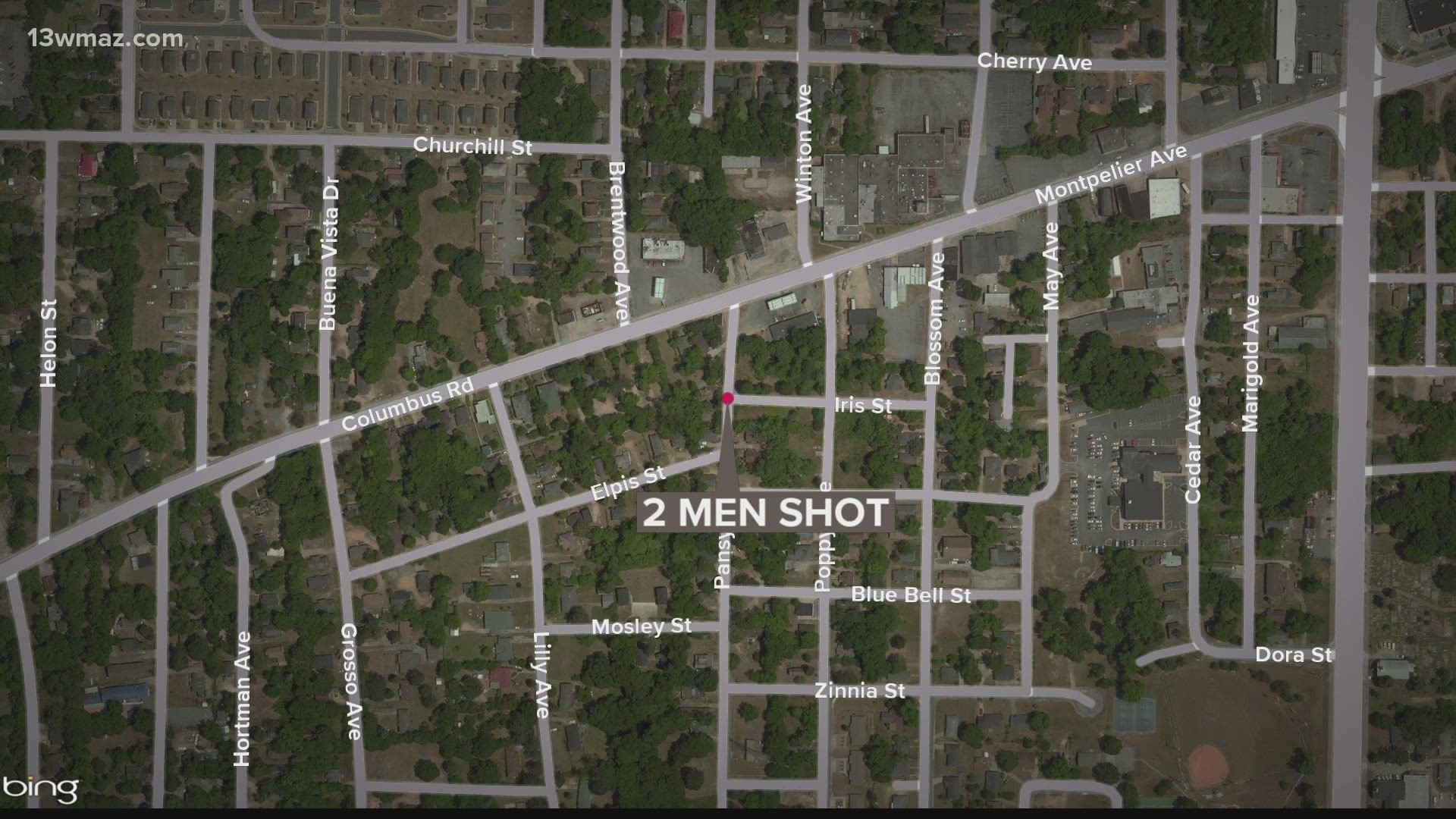 MACON, Ga. — Bibb deputies are investigating after a shooting that happened near the intersection of Pansy Avenue and Iris Street Friday night.

According to a news release from the Bibb County Sheriff's Office, the call came in just after 8 p.m. about a person shot in the area. When deputies made it to the scene, they found two men shot while standing on Pansy Avenue. A 25-year-old man was shot in the leg, and another 25-year-old was shot multiple times in the torso. The man shot in the leg was taken to and released from the Medical Center, Navicent Health. The man shot in the torso is also in the hospital where he is listed in critical but stable condition.

No one else was hurt in the shooting.

There is no information on a suspect at this time.

This case is still under investigation. If you have any information, you can call the Bibb Sheriff’s Office at 478-751 -7500 or Macon Regional Crime Stoppers at 1-877-68CRIME.