A tipster let police know that a man matching the description from police was seen at the Economy Hotel on Pio Nono Avenue. 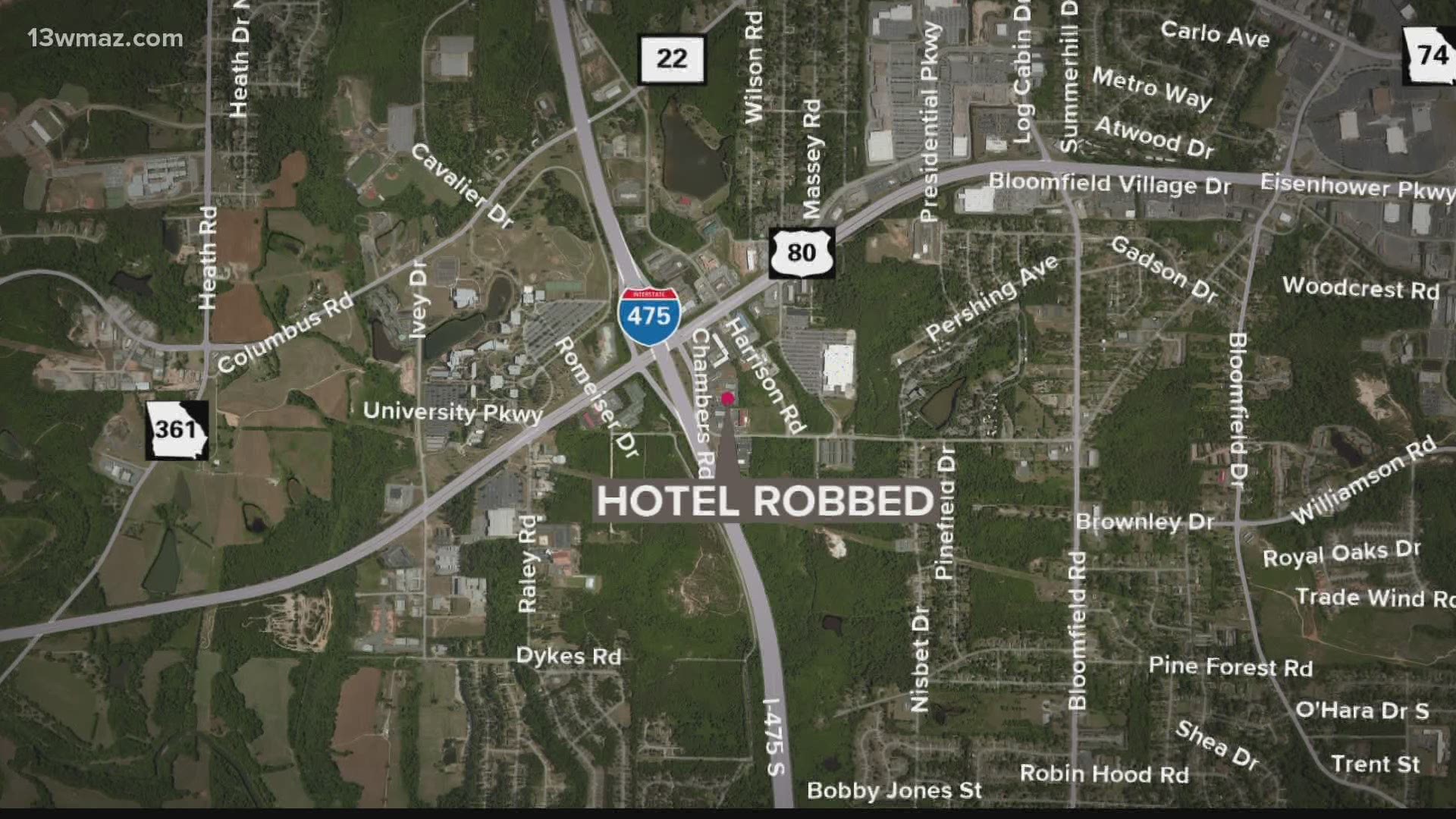 The tipster said that a man matching the description given was possibly seen walking into a room at the Economy Hotel, located at 4295 Pio Nono Avenue.

Deputies arrived at the hotel and found the room that the suspect had went into. The suspect, 32-year-old Bakari Lee Donaldson was taken into custody.

Donaldson was taken to the Bibb County Law Enforcement Center where he is being held, without bond. Donaldson also has two separate Probation Violation Superior Court-Felony charges.

Bibb deputies are investigating an armed robbery that happened at the Econo Lodge Inn and Suites located at 4709 Chambers Road Friday evening.

According to a news release from the Bibb County Sheriff's Office, just before 7 p.m., a person came into the hotel lobby with his hand in his coat pocket and demanded money from the clerk. After getting an unknown amount of money, the man ran away.