'Love you' were the last words her grandson said to her. Then, he was found shot to death in the woods.

His grandmother is asking anyone with new information on this tragic incident to come forward. 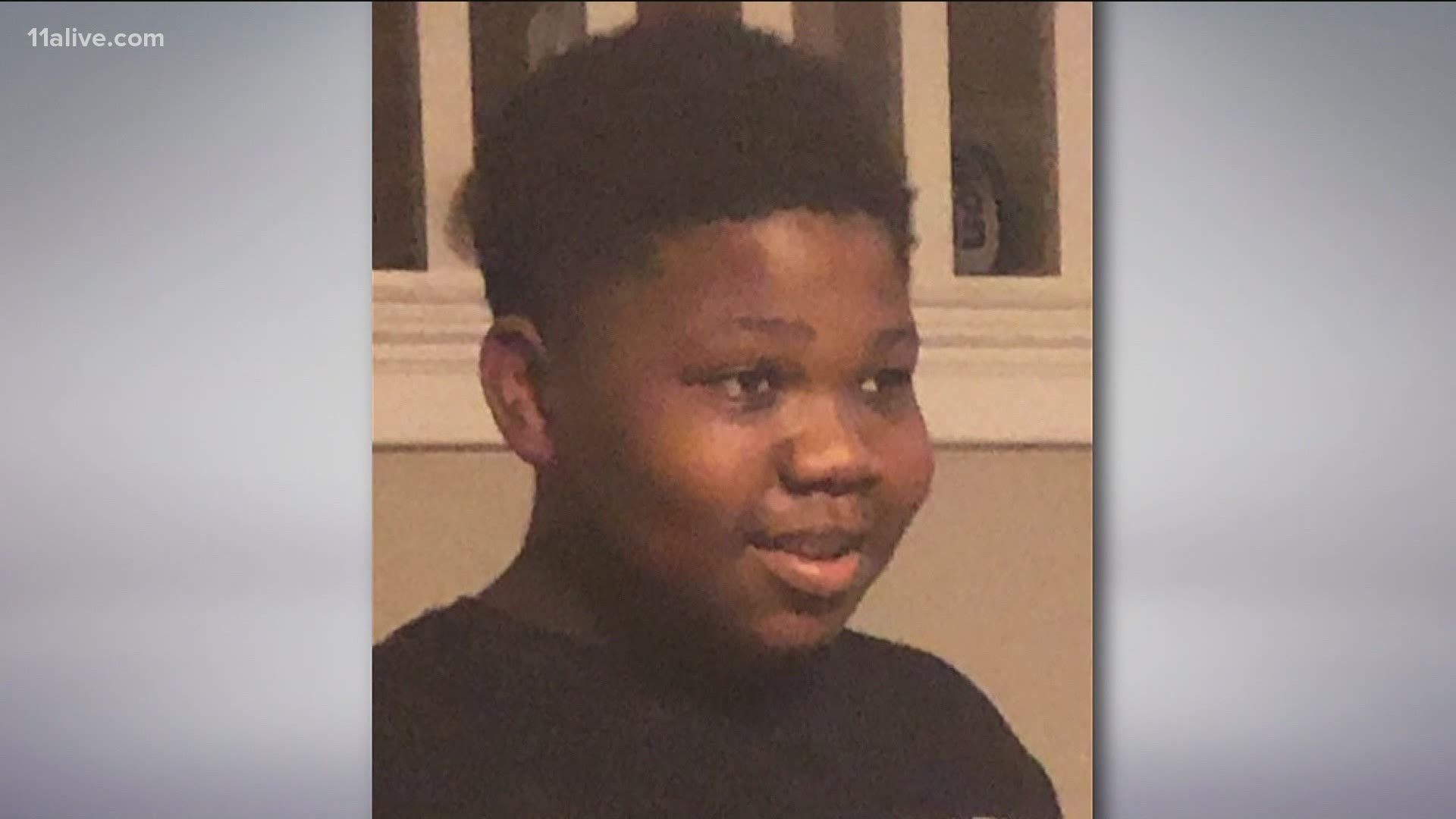 “Kept him since he was five days old,” Mack told 11Alive’s Joe Henke.

But now, she's grieving his loss and trying to raise money for his burial, after he was found shot to death in a wooded area behind a home off Shirley Street in the Cascade Road neighborhood, Wednesday night.

David was a student at Young Middle School. He loved football and technology.

On Tuesday, David called his grandmother while she was running errands to ask if he could go play football with a friend. She said okay.

Tragically, David never made it to his friend’s home. He FaceTimed his friend and said that he was going somewhere else in the neighborhood. The friend asked if he could join.

“He said all he saw was David’s face, but he heard somebody say, 'no, say no,'” Glenda said.

Glenda began to get worried when David didn’t come home Tuesday night and called 911. His family and Atlanta officers searched for David before filing an official missing persons report.

On Wednesday, his family searched again and found his body in a cut-through off Shirley Street, where many children in the area go to play. He had been shot multiple times, authorities said.

“They immediately saw him, lying face down and one of his cousins yelled out, 'there’s David,'” Glenda explained.

Now, officers are following leads and interviewing people in the area and those who knew David.

"I didn't know of anything or anything where somebody was angry with him or wanting to do harm to him," the grieving grandmother explained.

People living in the area where David’s body was found told 11Alive they heard multiple bursts of gunfire on Tuesday. However, An Atlanta Police major said they’ve received multiple conflicting reports regarding the time of the gunshots. Authorities are hopeful the autopsy will help them determine when David lost his life.

His grandmother is asking anyone with new information on this tragic incident to come forward.

“Somebody knows something about this.”

At this time, authorities haven’t released any new information regarding his death or any potential suspects. However, officials, community members, and Glenda said they will not give up on searching for answers.

“Atlanta Police are following leads, but still want anyone with information to come forward. You can call Crime Stoppers … remain anonymous and possibly receive a reward,” Glenda said.

Anybody with information is asked to call Crime Stoppers at 404-577-8477. Tipsters can remain anonymous.