'In 32 years of being in law enforcement, I have never encountered anything this evil' 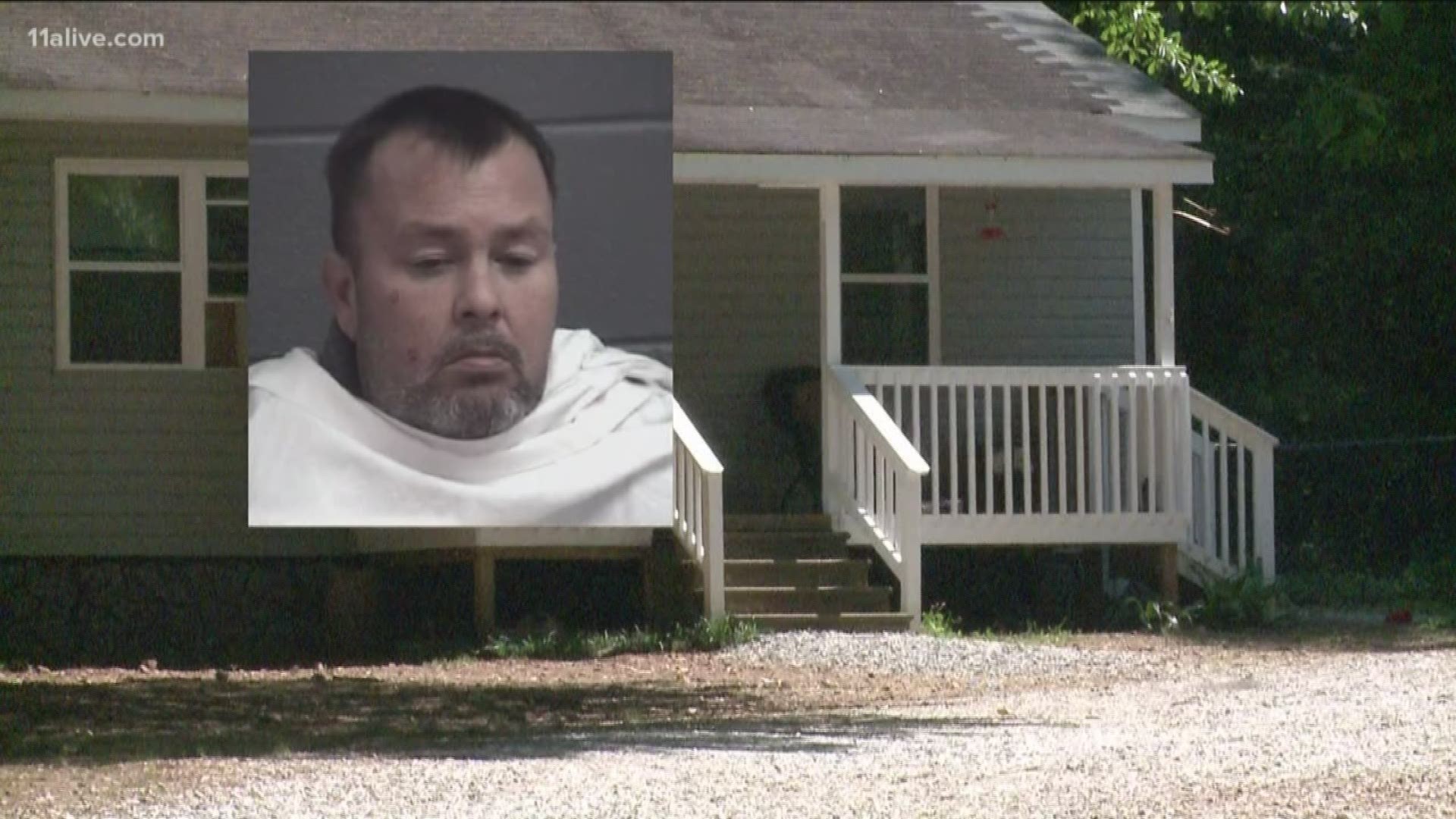 GRIFFIN, Ga. — A Spalding County man has been arrested on numerous charges after investigators say he admitted to severely abusing and burning a 7-month-old baby.

Authorities with the Spalding County Sheriff's Office said 40-year-old Chadwick Haldeman was taken into custody after a mother brought her baby to the hospital for an infection and pink eye but doctors found much worse.

"The baby was lethargic and in obvious distress," Sheriff Darrell Dix said. "Tests on the baby showed that it was suffering from multiple breaks including left arm, left leg, left elbow, right shoulder, spinal fractures, broken ribs, multiple burns that appear to have been caused by a cigarette, and a traumatic brain injury."

The child was moved from Spalding Regional Hospital to Children's Healthcare of Atlanta for treatment and surgery to help relieve brain swelling, Dix said.

As the baby was moved to Atlanta, deputies converged on the Griffin, Georgia home where he lived. Arriving at 71 Ramsey Circle with a search warrant, they found Haldeman and took him into custody.

In an interview, investigators said he admitted, in graphic detail, to "methodically" hurting the child.  Dix said his investigators described his words as sickening. The sheriff himself said what happened was nothing short of "barbaric."

"In 32 years of being in law enforcement, I have never encountered anything this evil, nor have any of my investigators," Dix said. "Haldeman was cold, calculated and intentional in his actions."

He said that Haldeman tried to minimize the injuries but he didn't deny his involvement in actions that have left the baby in critical condition - and on life support.

The man now faces two counts of aggravated assault with intent to murder, five counts of cruelty to children in the first degree, four counts of possession of a firearm by a convicted felon and aggravated battery.

Those are the charges for now, but the list may not end there.

"We have questions that still need to be answered, and more criminal charges may be coming based on those answers," Sheriff Dix said.

For now, authorities are reminding the public that if they see something, to say something.  The Georgia Division of Family and Children Services has a 24-hour hotline you can call to report suspected child abuse - 1-855-GA-CHILD.

He said he'd kill her if she left him. He did. She was pregnant.

Police: He took a cupcake. They beat him to death with a baseball bat.