Principal Jamie Brooks at Community House Middle School could be called Special Agent Brooks after what she discovered. 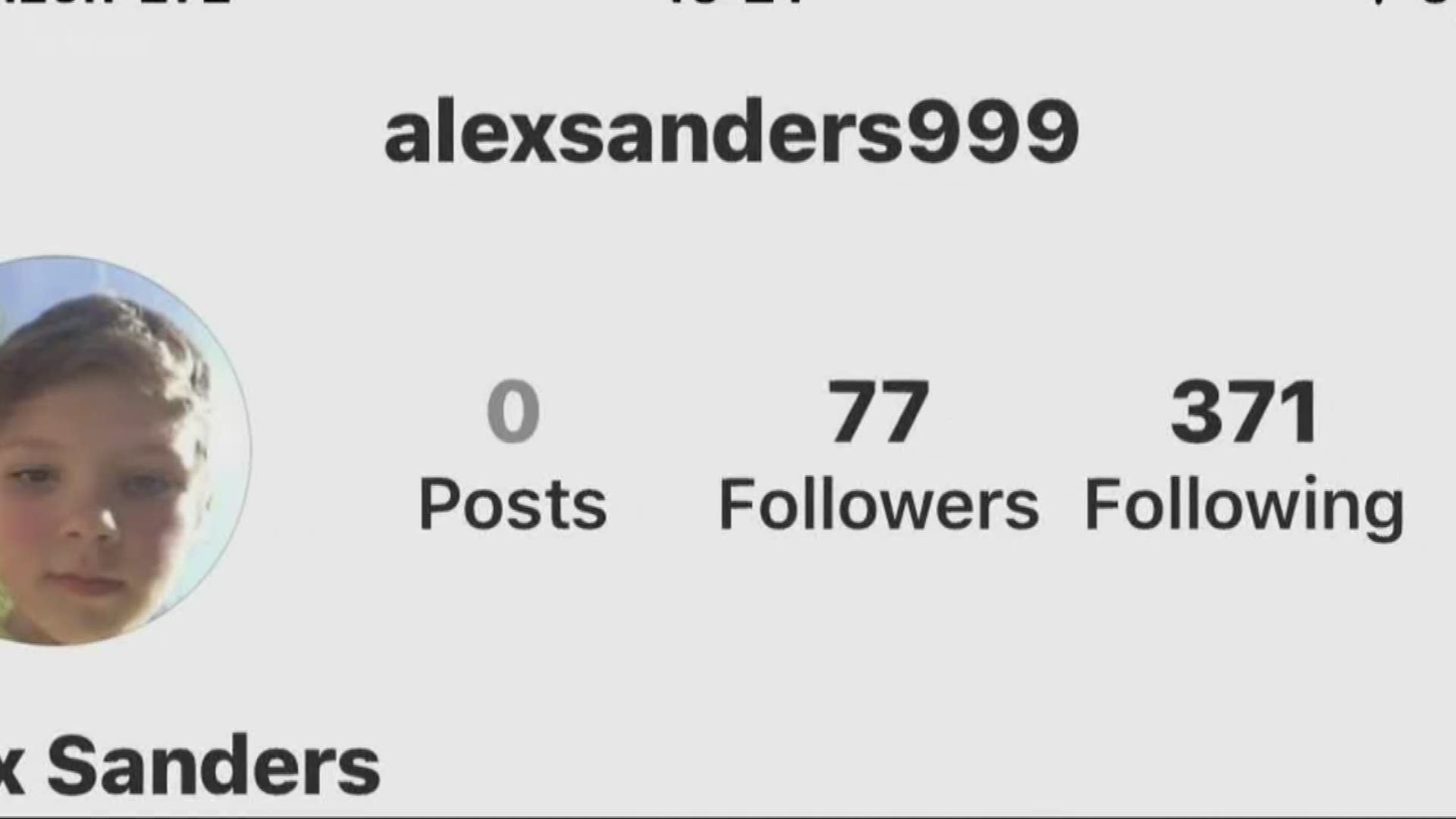 CHARLOTTE, N.C. — A Charlotte principal thought it was another case of online bullying, but after she did some digging, what she found on Instagram was troubling to her and police, and prompted a warning to parents.

Her investigative nature came in handy when she knew something was off about a recent incident that was brought to her attention by a parent.

"[It] started off as an email from a parent," she explained. "She found a threatening comment made to her child over an Instagram private message."

The threatening comment was immediately shared with the campus resource officer, according to Brooks.

"I discovered it was not [from] a child that goes to my school," Brooks said after she looked at the account, AlexSanders999, where the threat came from.

Brooks called the victim down to her office. He told her Alex Sanders reached out the him and the account looked like someone he may have known.

It turned out, the victim didn't know Alex Sanders, according to Brooks.

After she did some digging, Brooks found more information about the account. Alex Sanders had no posts, but he had about 100 followers at the time.

RELATED: 3 times as many girls as boys report harassment as cyberbullying rises

Brooks looked at the followers and after investigating, found nearly all of them were teenage boys, and about ten of them were from her school.

"Every one of them told me the same thing," Brooks said. "He looked like somebody I should know and I saw friends of mine who he was following."

Brooks asked if Alex Sanders reached out to them via private message, and found out he did.

"We discovered that this Alex Sanders account was asking a lot of questions that were progressively getting more and more inappropriate," Brooks said.

Alex Sanders would first say hi to the teens, then would ask for a picture of their faces.

Brooks said the person behind the account would get upset and use profanity if the victims didn't send a picture.

If they did send one, things got more disturbing.

On Wednesday a student's parent started to fight back online as well, according to Brooks.

The parent created a fake account acting like a child and followed Alex Sanders on Instagram. He followed back and started similar conversations over private messaging, Brooks said.

It was also troubling Brooks that the account was gaining followers at a rampant pace.

She sent out a letter to parents before the Thanksgiving holiday in hopes that parents would start paying more attention to their children's social media.

"Don't freak out, because this also may be nothing. But it might be something and the only way you're going to be able to be certain is to pay attention," she said.

"I have some parents tell me, 'but it's their private phone.' But mom and dad are the ones paying the bill and they are only 13 and 14," she said.

Brooks wanted to share the story in hopes of sparking conversations between parents and students in the community. She fears other accounts like this one could be out there.

"All of the kids here who followed this kid back -- they're great kids," she said. "From great households where parents have taught them about internet safety, and it just goes to show that any kid can get sucked in pretty easily."

NBC Charlotte reached out to Instagram late Wednesday via email, but we haven't heard back.

As of Wednesday night, other reporters found the account was still active on Instagram. However, on Thursday, NBC Charlotte discovered the account had been taken down.