The incident happened just after 4 a.m. off Flat Shoals Road on White Oak Court in Conyers. The sheriff's office said the teens, two 16-year-old boys and a 15-year-old, were killed during an exchange of gunfire. It appears the teens were attempting to rob three people in the front yard, authorities said.

Family members identified two of the teens as 16-year-old Isaiah Reid and his 15-year-old sibling Jaime Hernandez. The two are brothers.

A neighbor described a Conyers residential shooting that left three teens dead as what sounded like a "home invasion gone bad for the invaders" in what the Rockdale County sheriff said could "possibly" be a Stand Your Ground or self-defense case.

The sheriff's office has specified the teens were shot outside, and the incident was not an invasion.

"When deputies arrived they did discover masks on the young men. Again, that rose our suspicion," Levett said. "So now we are out in the communities, speaking with witnesses, speaking of course with the homeowner involved. And of course trying to identify the young men and notify their families."

Rockdale County deputies were able to later determine that one of the attempted robbery suspects brandished a gun and fired shots at the residents, but one of the intended victims returned fire.

One of the teens was dead at the scene, while two were transported to a hospital where they later died.

A witness, Carlos Watson, told 11Alive that the gunfire woke him up.

"After I heard the gunfire I got up to go and canvass my house, make sure everybody was OK," he said. "Because I didn't know if I was dreaming initially until I heard a second round of it go off."

"And shortly after that, maybe a couple of minutes, I could hear somebody screaming for help," he added.

Watson, who had three children in his home and also takes care of his grandmother there, described the neighborhood as a "really calm place."

"It's not something that's common around this area," he said. "So it was very, very out of the ordinary around here."

According to Sheriff Levett, there were two weapons found at the scene, and that investigators were trying to determine who they belonged to.

He said there were two other individuals in the home with the homeowner at the time of the incident, an adult woman and an unidentified third person. He said he didn't know if a child was present.

The sheriff indicated the homeowner was already outside when the incident began. None of the residents were hurt.

"Of course they are distraught, and so we're trying to sort out what they saw, what they know," Sheriff Levett said.

The Rockdale County Sheriff's Office is asking for anyone with information in connection with the incident to contact them  at 770-278-8000 and speak with Investigator Dwayne Smith or Sergeant Jeremy Best. 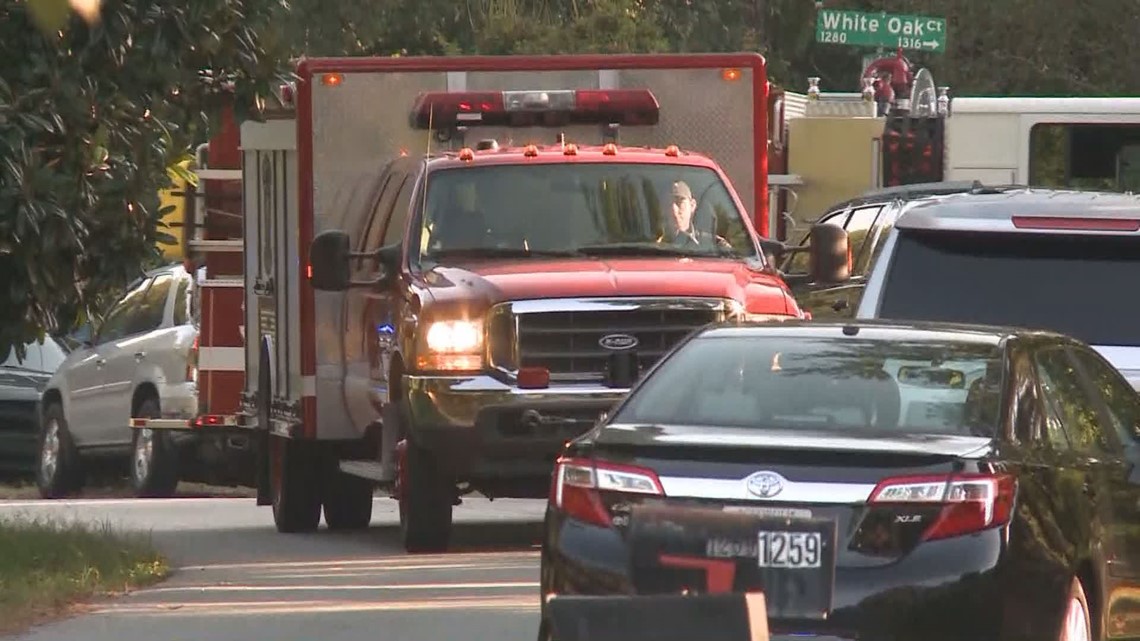