ATLANTA — The DEA says it arrested more than 20 people and prevented a brutal murder when agents swept an Atlanta drug-trafficking operation that answers directly to a cartel based in Mexico.

A cache of firearms, about $125,000 and marijuana were seized as well. Police also uncovered a small methamphetamine conversion lab - all allegedly tied to a drug trafficking operation from Mexico that had set up a home base in Atlanta.

"This morning, the DEA along with our partners conducted nine search warrants at nine different locations," Agent Robert Murphy said. "We arrested more than 20 individuals. Fifteen of those individuals were here illegally."

But the real eye-opener was the stockpile of drugs confiscated in the raids. 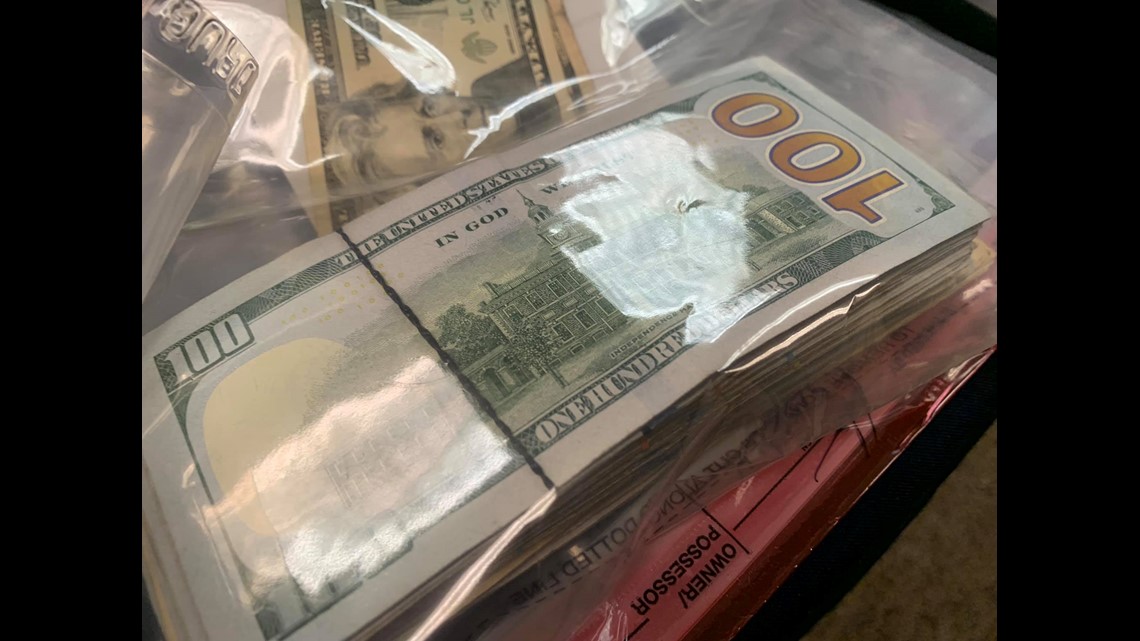 Those pills, he said, were designed to be indistinguishable from Roxicodone, a prescription painkiller.

"And they were smuggled across the border from Mexico so they were already made to be counterfeit pills in Mexico," he said. "It was not done here in the U.S."

Even bigger than the drug busts, though was a murder plot uncover during the massive DEA investigation. The cartel had ordered the death of a woman who owed them money.

"During this investigation, the men and women of the DEA learned of a contract hit that was put out by the cartel on a suspect that owed money to the cartel and had not paid," Murphy said.

The hit included information on where to find the target, where to take her - and then what would follow.

"They identified a rental house where they were going to bring them in Fairburn, Georgia to torture - ultimately kill this person - dispose of the body and get rid of the vehicle," he said.

He added that its brutality like this that keep those who work under the cartels - even as far away from Atlanta - from touching millions of dollars in their own homes despite often living in poverty.

In all, over 40 people have been arrested since the investigation began in Aug. of 2018. But Thursday's arrests included some of the higher-ranking cartel members working in Atlanta.

And it's because of that, Murphy said, that the cartel will have a tough time regrouping its Atlanta operation.

"Everytime we take off these hierarchy guys that are good at it, this makes it easier for all law enforcement to catch the rest of them," he said. "Because they're sending over less qualified, less ready for what they need to do."

RELATED: 'It's in every county in our state': GBI says meth deaths on track to exceed last year's increase

He said that it will take some time for the cartel to reorganize from this bust.

But while much of the focus of the day was on the drugs themselves, Agent Murphy said that the focus has to be on the people.

"However they can get it across, the person they're using to transport it, cartels use it all," he said. "I mean there's no one method they routinely use. They use whatever's available and the border's wide-open and they get it across."

He said they get backpackers all the time carrying drugs across the border - many of them ditching the drugs if spotted.

"There's no shortage of people willing to take that risk," he said. "They're trying to get into the U.S., they've got the opportunity to make real money that they can't make in Mexico, so it's worth the risk."

He said that it's the people who are crucial to the cartel's success because they're the ones of distribute the drugs and bring back the money.

How cabbages help a deadly gang do business