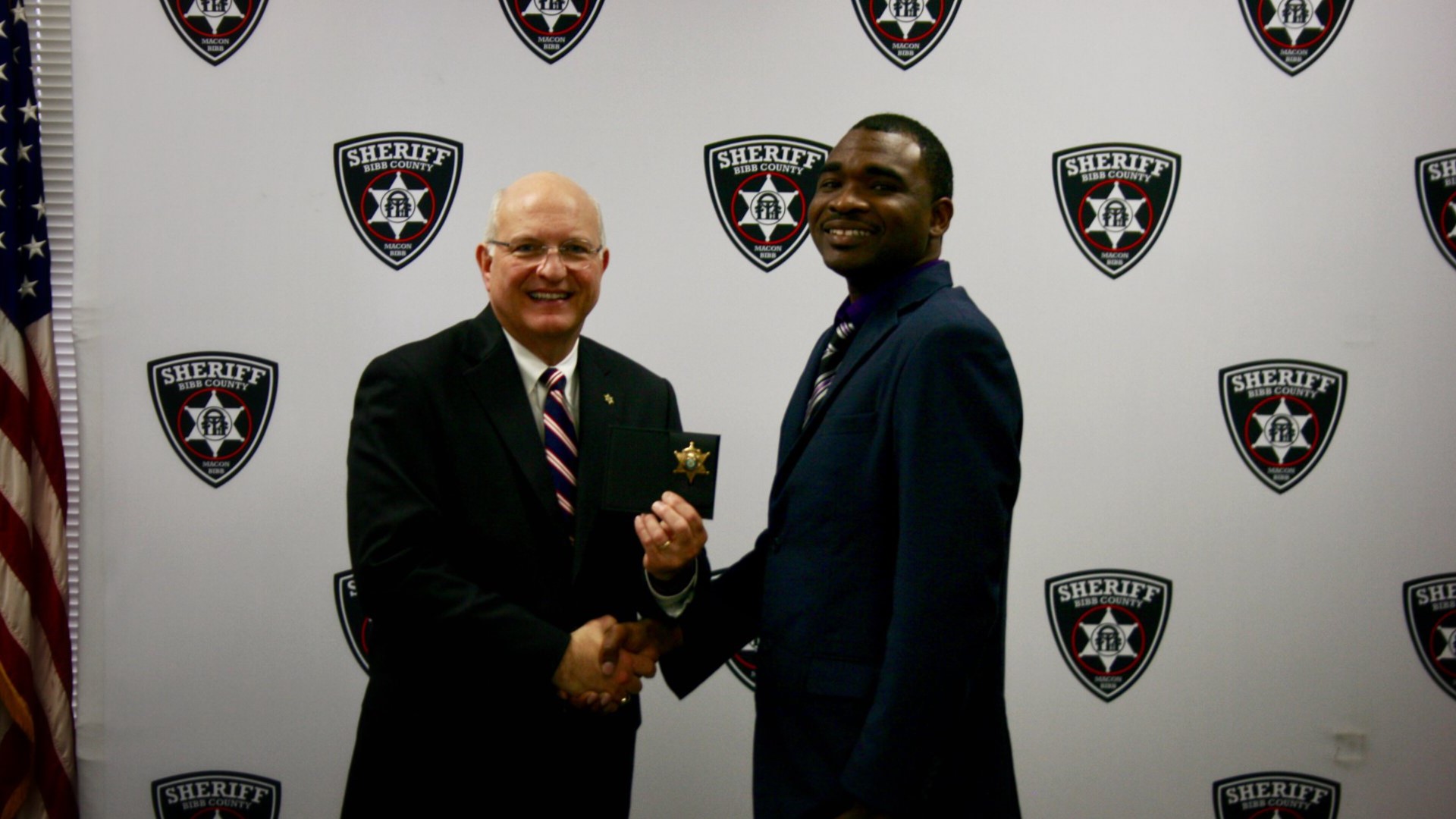 MACON, Ga. — One Bibb County deputy is dead, and another is hurt after a stabbing at the Law Enforcement Center early Tuesday morning.

It happened around 4 a.m.

In a Tuesday morning press conference about the fatal stabbing, Davis said a deputy, 30-year-old Christopher Knight, was stabbed and killed.

The GBI was called in to help with a criminal investigation, which Davis says is customary whenever there’s a situation involving a serious injury or a death and a deputy.

GBI Special Agent in Charge Todd Crosby said an Albert Booze — an inmate who was in the jail since Nov. 2020 on charges of criminal damage to property, giving a false name, and trespassing — was moved on Monday for “disciplinary issues.”

Around 2:26 a.m. Tuesday, Booze was moved again to suicide watch after he said he wanted to hurt himself.

Several deputies moved Booze from a cell bock to an observation area. That’s when a fight broke out between him and the deputies, Crosby said.

Davis says Booze got a hold of a knife from Knight, which he used to stab him. Another deputy, 32-year-old Jerome Michael Williams, was injured during the attack.

“Deputies do have access to knifes and that sort of things when needed,” Davis said.

“There are dangers inherent in what they do, and our hearts go out to them,” Davis said. “We are proud of their service. We are saddened and shocked by the death of deputy Knight and the injury of deputy Williams."

Williams started working at the jail in Nov. 2020. Knight had been with the sheriff’s office since 2018. He has a mother, a 2-year-old child, and an ex-wife. He turned 30-years-old on Sunday.

“Our condolences go out to his family and all of his friends,” Davis said.

Davis says Booze was handcuffed when the stabbing happened.

Crosby says the GBI medical examiner’s office in Decatur will be conducting the autopsy. Once the GBI has completed a criminal investigation, the case will be turned over to District Attorney Anita Howard.

The Bibb County Sheriff’s Office is conducting an internal investigation on weapons in the jail.

Davis says Booze will likely be moved to another facility once the GBI has completed a preliminary investigation.