In 1996, Terence Paquette was brutally stabbed to death inside the Orange County convenience store where he worked. 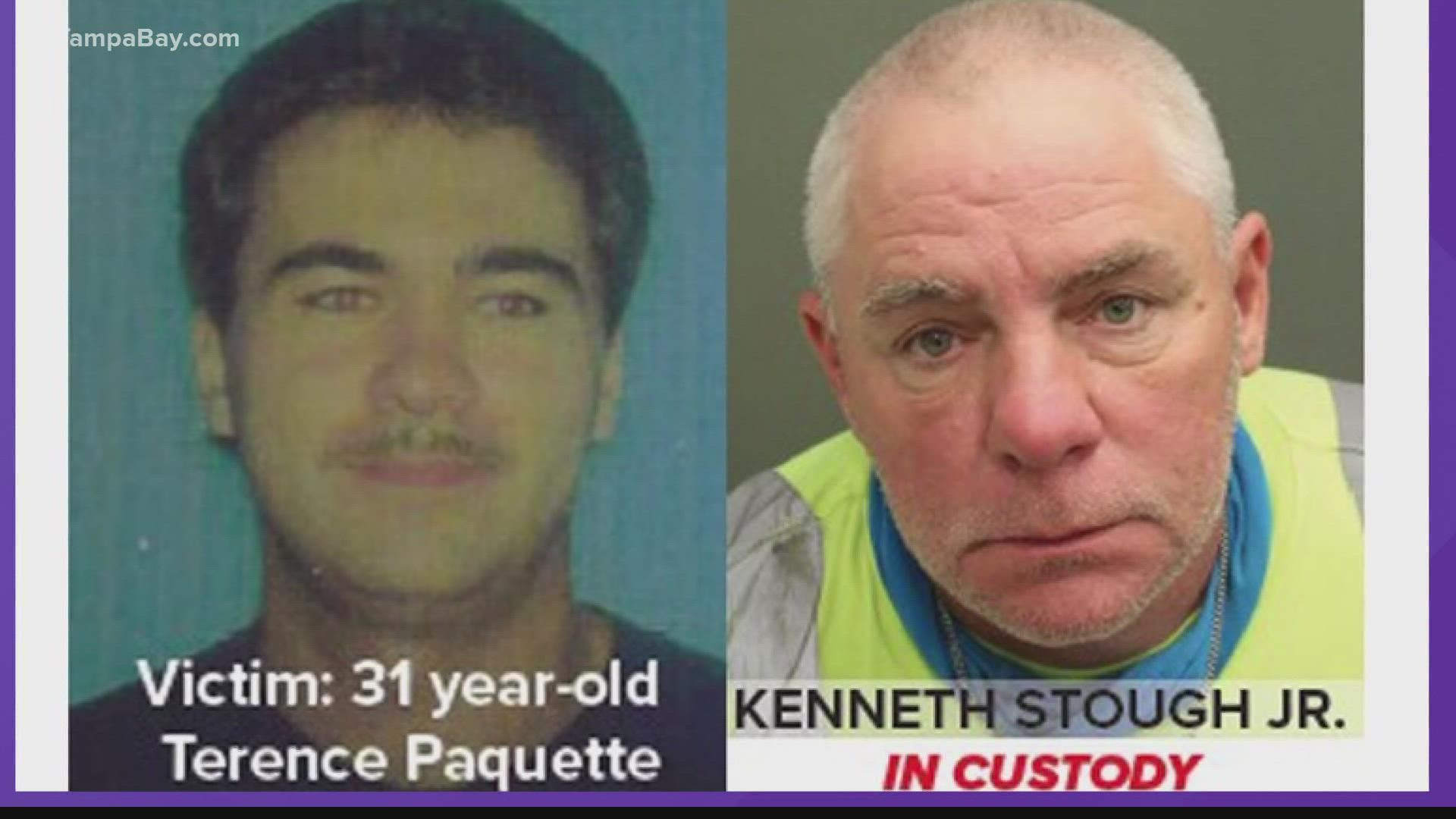 The murder happened on Feb. 3, 1996. Terence Paquette, 31, was stabbed 73 times and his throat was slit inside the bathroom of the convenience store where he worked. The cash register had been emptied.

Orange County Sheriff John Mina says two samples of blood were found at the "gruesome" crime scene, but at the time investigators never found a match.

Eventually, Paquette's case went cold. In 2003, the case was reopened and DNA was entered into CODIS, the FBI's Combined DNA Index System. No match was found.

That is, until 2021. Back in 2019, a cold case unit was formed. These investigators are solely dedicated to solving cold cases and Mina says to date they have solved eight murders, the oldest case dating back to 1984.

Investigators say they received help from an FDLE Forensic Genetic Geneology Specialist to solve the case.

The FDLE used the DNA sample from blood found on a freezer handle at the convenience store and utilized genealogical methods to narrow the search to three brothers, the sheriff's office said.

Eventually, investigators say they narrowed their search to Kenneth Stough, Jr. He was known to frequent the convenience store where Paquette worked and at one point even worked there, according to investigators.

At the time of the murder, Stough lived right across the street from Paquette. Stough still lives in Central Florida.

Investigators say they followed Stough to a gas station and saw him throw away several beer cans. They were able to take the DNA from those cans and match it to the DNA found at the crime scene.

Stough is charged with first-degree murder with a weapon, Mina says. Investigators say they do not have a motive yet.

"I think it's important to remind our public again, remind our survivors and the families of all of our victims out there -- we never ever forget about these cases. We continue to work these cases," Mina said in part Thursday.

The sheriff's office says none of Paquette's relatives are still alive, but investigators were able to inform several of his friends an arrest had been made in the case.