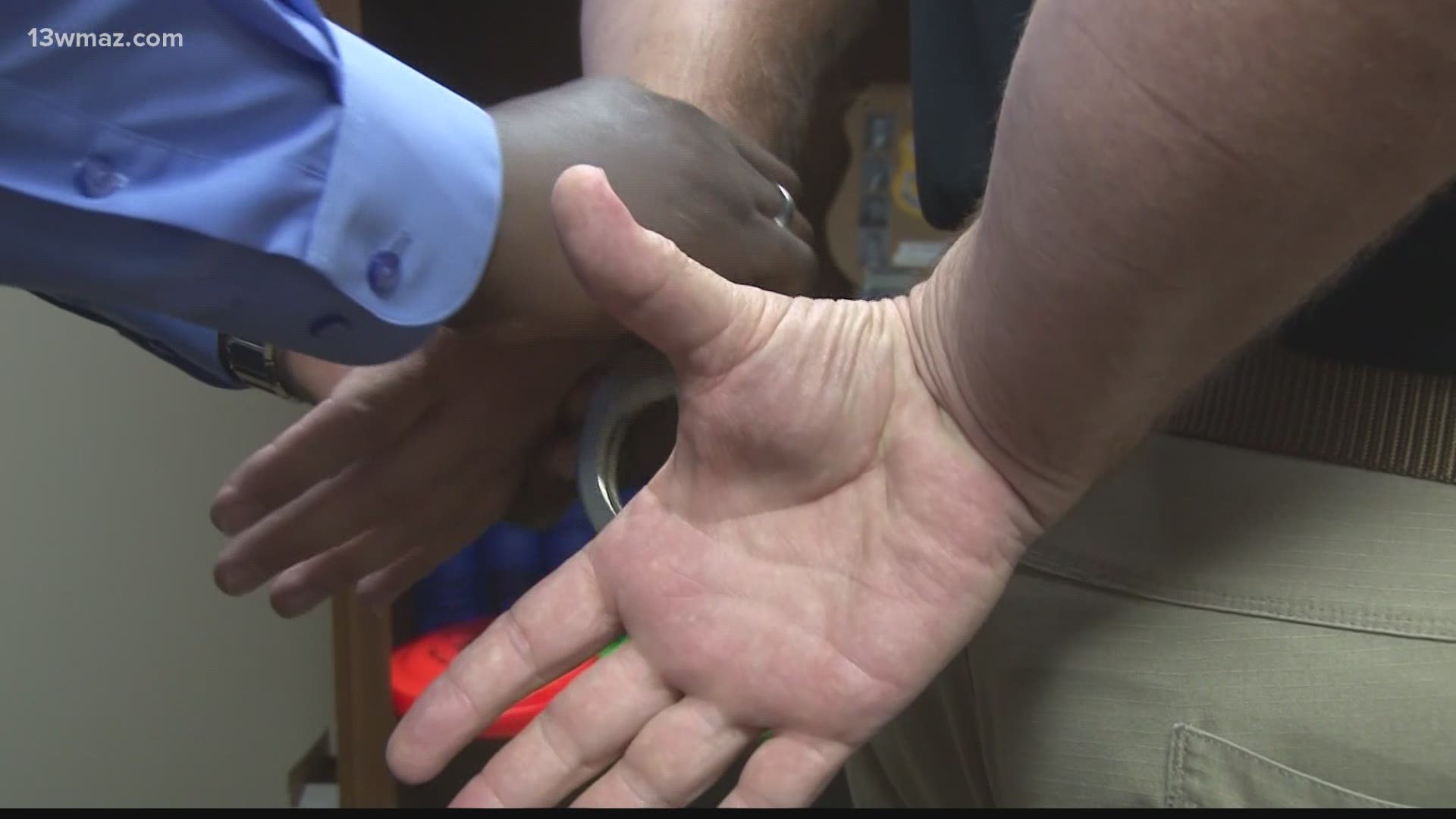 MACON, Ga. — On Monday, Governor Brian Kemp signed a new citizen's arrest bill into law repealing the Civil War-era bill. Calls for change came after last summer's shooting and killing of Ahmaud Arbery, who was killed while jogging through a Brunswick neighborhood. Greg McMichael and his son Travis McMichael chased Arbery because they suspected he committed recent burglaries.

"It will hopefully -- hopefully -- prevent citizens from trying to be the police," Dublin Police Chief Tim Chatman said.

"This new law takes away anybody -- a citizen -- from arresting anybody, especially use of deadly force, that is off the table. It does not mean a citizen cannot use deadly for to protect themselves," Chatman said.

Georgians can still use self-defense if someone is breaking into their home or committing a crime like murder or other felonies, as Mercer Law Professor David Oedel explains.

"What the statute says is that a person cannot use deadly force in those situations," Oedel said, "Expect they can use reasonable force under the circumstances to the extent that you reasonably believe it is necessary to detain an individual."

Oedel says if someone went into your home with a gun, presumably you could meet them with that same force, and business owners are allowed to detain people in certain cases.

The law says an owner can detain the person for a "reasonable period of time" and call the police.

"When you are having a problem, what I'm trying to pass on to our citizens is do the right thing -- dial 911," Chatman said.