Fallen Marine's mom: A terrorist took my son's life, you took my trust 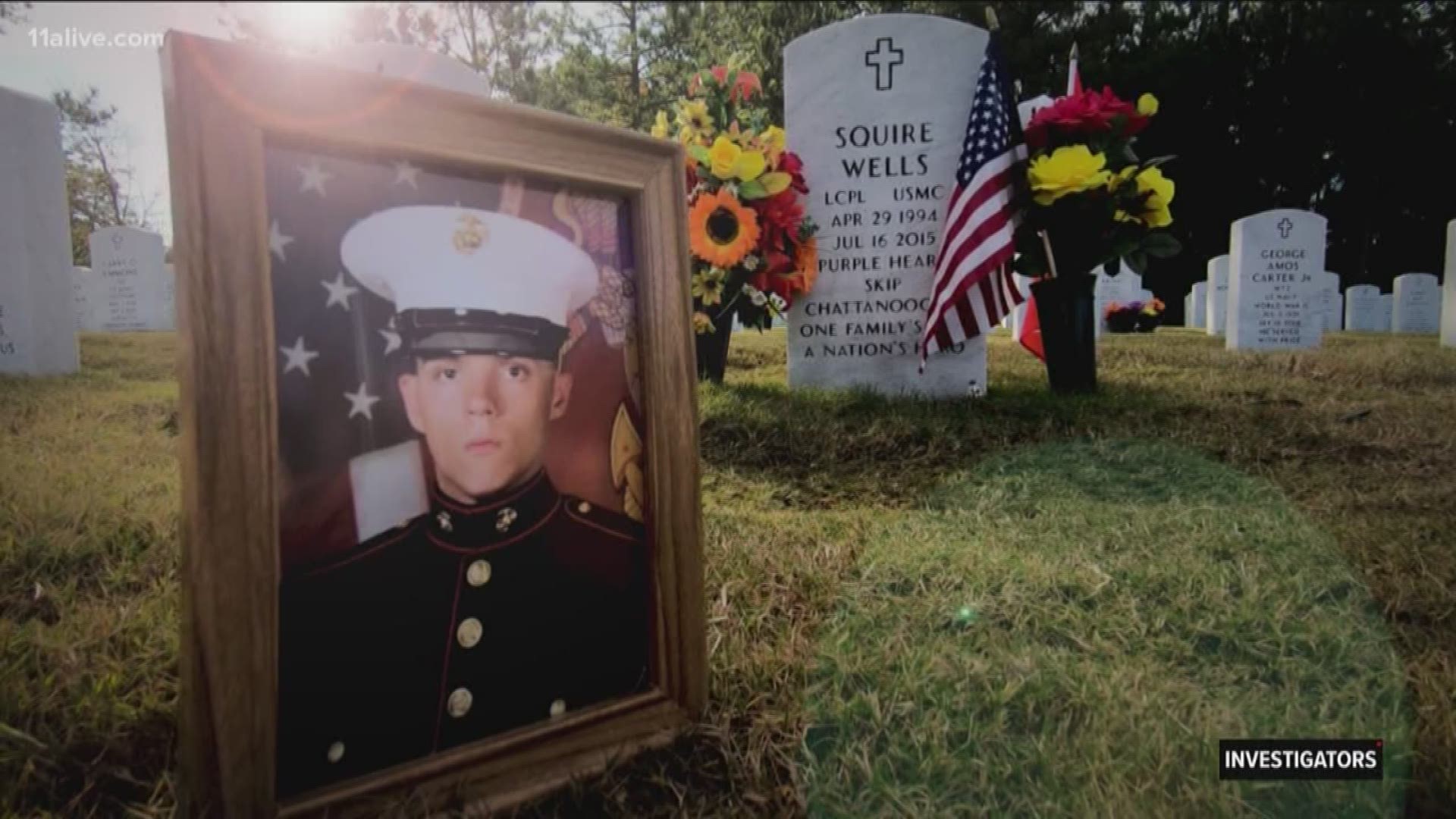 A Marietta mom who fought for three years to hold an alleged con man accountable finally got her day in court.

While there were dozens of victims in Simpson’s path, it was Cathy Wells who managed to get him stopped. Simpson took advantage of the death of her son, Skip Wells, to funnel money from fundraisers held in his name.

The funds were supposed to help Marines struggling financially, or to send families to Disney World to reconnect after a long deployment.  But an investigation by The Reveal found victims in North Carolina, Florida, even California, who said Simpson never made good on those promises.

Prosecutors said previously that Simpson spent some of the money at the Museum of Sex, and wrote the IRS a check for nearly $900 for his former wife's adult novelty store, Red Room Toys. Thousands were withdrawn from the Marines and Mickey fundraising account in cash, so it's unclear how Simpson spent it.

Skip Wells, a graduate of Sprayberry High School in Marietta, was at the U.S. Navy Reserve Center in Chattanooga when a man opened fire on July 16, 2015. The Lance Corporal, now memorialized as one of the Fallen Five, died trying to warn others of the attack.

The timing of Simpson’s sentence isn’t lost on those that love Skip. It comes just days after the four year anniversary of the attack.

Cameras aren't allowed in federal courtrooms, but Cathy Wells did share a copy of her statement, which she read in court. It said in part:

“I have to believe that this had to happen to me. I have said that Skip has put some of the most amazing people in my path. Mr. Simpson was no different as far as being someone that Skip put in my path. The difference is/was that he needed to be stopped and Skip knew I was the person that could handle what it would take to make that happen. It has been a very long road. I have been very patient and understanding that the laws will work for those that believe and trust in them. I have confidence that the judicial system will do the right thing to help Skip and I stop Mr. Simpson and his kind from ever doing this to another Marine family.

A terrorist took my son’s life. John Shannon Simpson, you took my trust. You used the United States Marine Corps and the death of my son and stole my trust. My natural loving and giving nature. You preyed on my vulnerability and I cannot forgive you for that any more than I could forgive the evil that took my sons life.”

The Wingmen Motorcycle Club will hold its annual ride on Saturday. The route starts at Sprayberry High School at 9 a.m. and this year, will make a silent pass by the Georgia Memorial Cemetery where Skip is buried. The ride is the primary fundraiser for the new charity set up to support the Lance Corporal Skip Wells Foundation, which offers academic and trade scholarships to students.

11Alive is still working to confirm all of the details of Simpson's sentence.

Marine mom works through heartache and humiliation to honor her son