Police chief says victim was shot when he was getting up from kneeling in prayer Sunday morning. 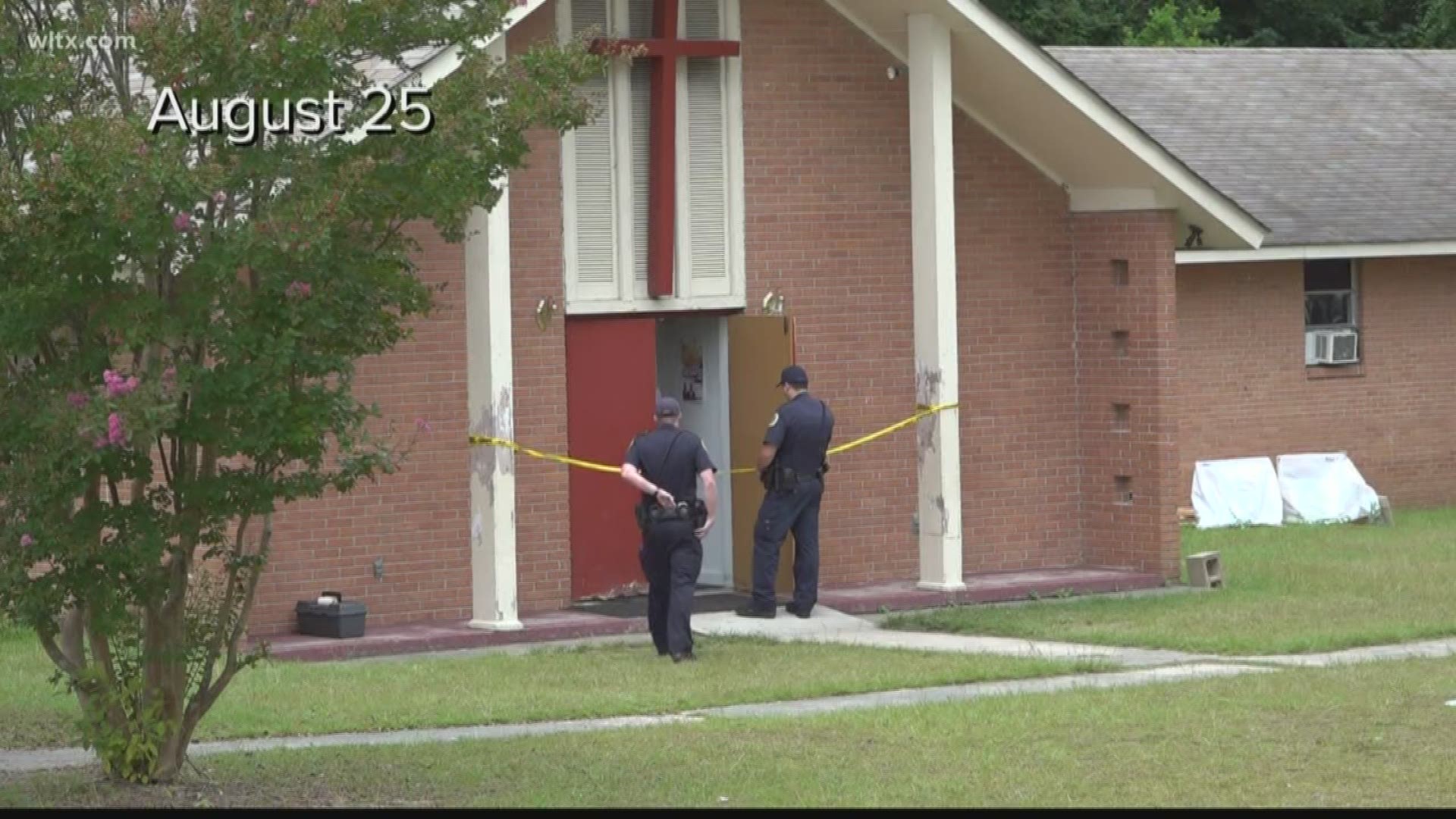 “Subject entered the church, demanded money, fired a couple rounds into the air, and a third round that he fired hit one of the church members,” Sealy said at a Monday afternoon press conference.

The victim, 23-year-old Esvin Perez is in critical, but stable condition, according to the Chief.

Sealy said he's not sure why the suspect fired at Perez.

“Again, the victim in this case was shot was kneeling in prayer and as he went to stand up is when he got shot. So, we don't know if that was just a reaction or what,” Sealy said.

Forest Acres Police said they now believe the suspect knew at least the church's schedule and may be familiar with the area. The Chief continued they are investigating the crime as an armed robbery and said at this time their investigation does not show it being race-related.

Yaira Orellana is a business owner near the church on Decker Boulevard and said while they were scared to hear the news it does not represent the community.

“I haven't had any issues. So, I think that the people that would come and visit the Decker area, not to be concerned or alarmed, these are isolated incidents,” Orellana said.

The business owner said she was relieved that police said the incident was not race-related, according to their evidence.

The suspect left the scene in a dark-colored Toyota Prius and did steal some money from church-goers, according to Sealy.

The Chief said they plan to charge the suspect with armed robbery and attempted murder. He added they may charge him with 20 counts of kidnapping, since 20 members of the church were held at gunpoint during the robbery.

Police are asking anyone with information to call Crimestoppers at 1 (888) CRIME-SC.