The original gag order was put into effect in February 2017. 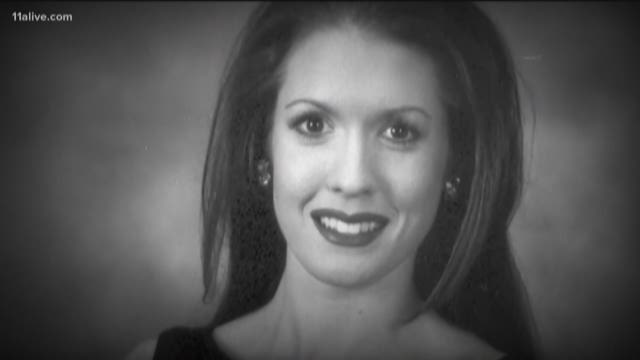 OCILLA, Ga. -- The Georgia Supreme Court has thrown out the gag order put in place for the high-profile 2005 Tara Grinstead murder case.

The gag order was put into effect by an Irwin County judge in February 2017 barring anyone associated with the case from speaking about it to the media.

“Duke and the State fail to identify a single statement attributed to any person to whom the modified gag order applies that would be likely to prejudice Duke’s right to a trial by an impartial jury, and we cannot say that the record shows even a reasonable likelihood of prejudice sufficient to sustain a gag order,” the opinion concludes. “For that reason, the modified gag order is vacated.”

11Alive, along with its sister station, WMAZ, filed an 'Emergency Motion to Intervene and to Vacate the Gag Order' in March 2017. Other news organizations promptly filed motions to intervene, along with Grinstead's sister.

Tara Grinstead, 30, was an Irwin County High School teacher and former beauty queen. The 33-year-old was leaving the Sweet Potato Festival and heading to a cookout with her friends when she vanished in October 2005.

After a decade of investigation, an arrest was finally made early last year in Grinstead's disappearance. Ryan Duke was arrested and charged on Feb. 23, 2017, with her murder. Court documents allege that Duke broke into Grinstead's Ocilla, Ga., home in and used his hands to kill her, then disposed of her body.

RELATED: Break in the case: What happened to Georgia beauty queen?

Duke was a former student at the school where Grinstead taught and he had graduated three years prior to her disappearance. His arrest was made after someone came forward with new information that gave investigators reason to believe Duke was responsible for Grinstead's disappearance.

A second suspect, Bo Dukes, was later arrested and accused of assisting Duke with hiding Grinstead's body, which has still not been found.

Judge Melanie Cross issued a gag order in the case in late February 2017 that brought information to a halt by restricting anyone close the case -- including investigators, lawyers and possible witnesses -- from talking to media outlets. According to the gag order, the judge cited concerns that defendants would not get a fair trial due to all of the media coverage.

In her arguments, Cross pointed to the small size of Oscilla, Ga., and numerous negative comments from media coverage from right after Duke's arrest and first appearance, which she argued was highly publicized.

A Mercer law professor told 11Alive's sister station 13WMAZ in Macon that it is not uncommon for judges to issue gag orders in high profile cases like these, but noted that there are other ways to make sure a defendant has a fair trial. Several local television stations and newspapers appealed the gag order, pushing for documents to be unsealed. Lawyers for the media organizations argued that the order was too broad and unwarranted. They also said the judge has other tools to protect the defendant's rights.

After hearing arguments, the judge agreed to lessen the gag order, allowing witnesses and relatives close to the case to talk to media. Documents for the case have also been unsealed, however past and present law enforcement who have worked the case, the district attorney's office, court staff and lawyers are still barred from speaking publicly.

1 / 6
Ryan Duke makes a first appearance on Thursday, Feb. 23, 2017 after he was arrested in the murder of teacher and beauty queen Tara Grinstead.