ATLANTA — Three separate crimes - two murders and an armed robbery - each have something in common: 23-year-old Shakur Wright.

Wright will now spend the rest of his life behind bars.

The Fulton County District Attorney Paul Howard said Wright pleaded guilty to his involvement in each case. One of the murders is known as one of the most horrific deaths in recent Atlanta history.

Each crime happened in 2016. Here's how the district attorney said Wright - a gang member - is connected to crime.

HE KNEW THE VICTIM

It was April 16, 2016 when a 23-year-old man was walking to a food mart on Donnelly Avenue. The man was confronted by two people he went to high school with - Wright and 23-year-old Derek Boston.

Officials said Wright and Boston confronted the victim and struck him in the face. He fell to the ground.

The men robbed the victim - taking a cell phone out of his pocket. But that wouldn't be the end of the scary encounter.

Prosecutors said Wright pulled out a gun and fired several shots - one of the bullets grazed the victim's head. Fortunately, he survived.

THE MOST HORRIFIC DEATH

Christopher Dean, a loving father of two little boys, was tortured during the last moments of his life. He was in the process of turning things around when his life was cut short.

On Oct. 17. 2016, Dean was brutally murdered. The gang members discovered he was once a police witness in California.

RELATED: Man tortured by gang members, skull 'depressed' in one the most brutal murders in Atlanta

For more than an hour, prosecutors said the suspects beat Dean with a crowbar and a two-by-four. They also sodomized him and burned him before ultimately executing him. He was shot twice in the back of the head.

In an interview with 11Alive, District Attorney Howard said they beat the victim to the point that his skull was actually depressed. His body was put in the trunk of a car and the vehicle was left at the H.E. Holmes MARTA Station in Atlanta.

"They were, obviously, attempting to send a message," said Howard, "that this would be what would happen to you."

Prosecutors said Wright was responsible for the physical torture of Dean. Five of Wright’s co-defendants, in this case, were convicted of Murder and sentenced to life in prison.

RELATED: Gang members sentenced in 'the most horrific death' in recent county history

“In my opinion, this murder – with its torture ... shooting of the victim to the back of the head and the partial decomposition of the body – represents the most horrific death in our County in recent history," Howard said at the time of the previous convictions. 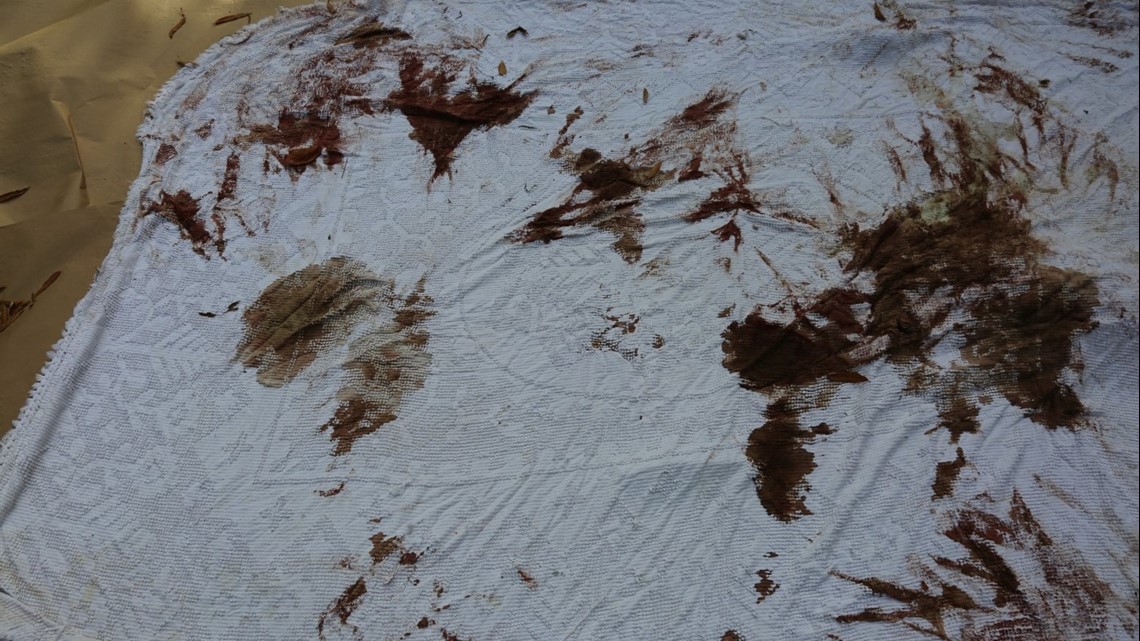 On. Oct. 28, 2016, 28-year-old Benjamin Thompson and his friend visited a home on Markone Street in Atlanta.

Prosecutors said during the visit, Thompson's friend got into a fight with one of Wright's associates. Officials said Wright pulled out a gun and shot Thompson in the chest. He died at the scene.

Wright was arrested that same evening. The district attorney's office said he had a .40 caliber and .45 caliber handgun in his possession.

More than three years after the first of these three crimes, Wright finally learned his fate.

On Feb. 6, 2020, he entered a non-negotiated guilty plea to all of the charges associated with the three crimes.

Wright was sentenced to two life sentences plus 40 years - which prosecutors said amount to 100 years.

She beat a child to death for taking a cupcake. She pleaded guilty and will spend life behind bars.