The GBI announced the outcome of an 11-month investigation on Friday. 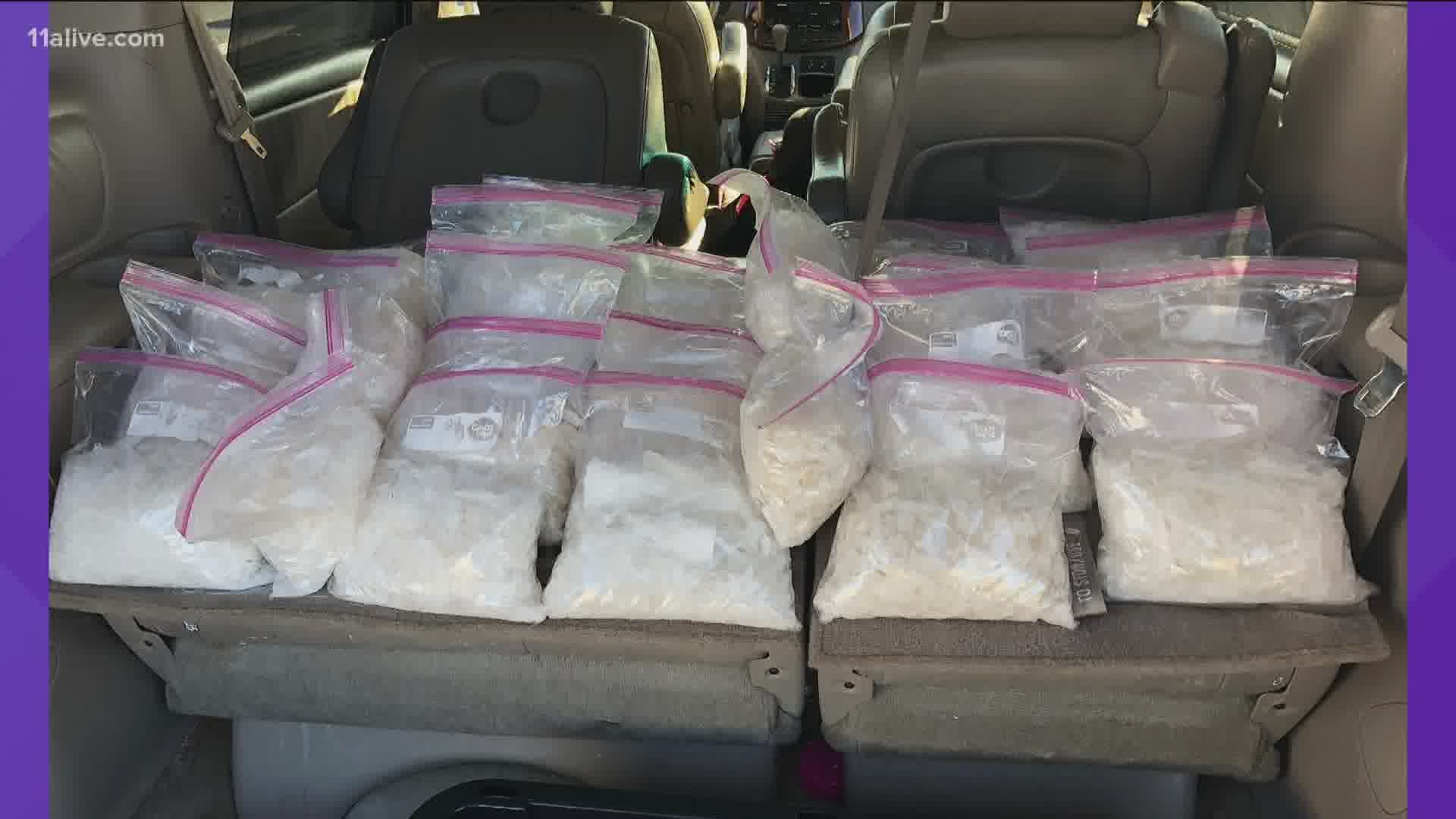 The GBI said the arrests resulted in numerous drugs and weapons charges, as well as violations of the Racketeer Influenced and Corrupt Organizations (RICO) Act.

RELATED: 7 arrested for selling cocaine, other drugs out of LaGrange restaurant, GBI says

The investigation began in Aug. 2019. The bureau said it seized 50 kilograms of methamphetamine, a half kilogram of heroin and an assortment of firearms, cash and vehicles.

The GBI placed the street value of the drugs seized at roughly $700,000.

During a press conference at the Hall County Sheriff's Office in Gainesville, GBI Director Vic Reynolds said the operation also disrupted a meth conversion lab, where liquid methamphetamine was being converted into the crystal form sold on streets.

Reynolds said more exact details on the operation and the drug trafficking ring itself wouldn't be available until the cases go to court.