No officers were injured during the shooting. The GBI says the suspect was transported to Navicent Health with non-life-threatening injuries 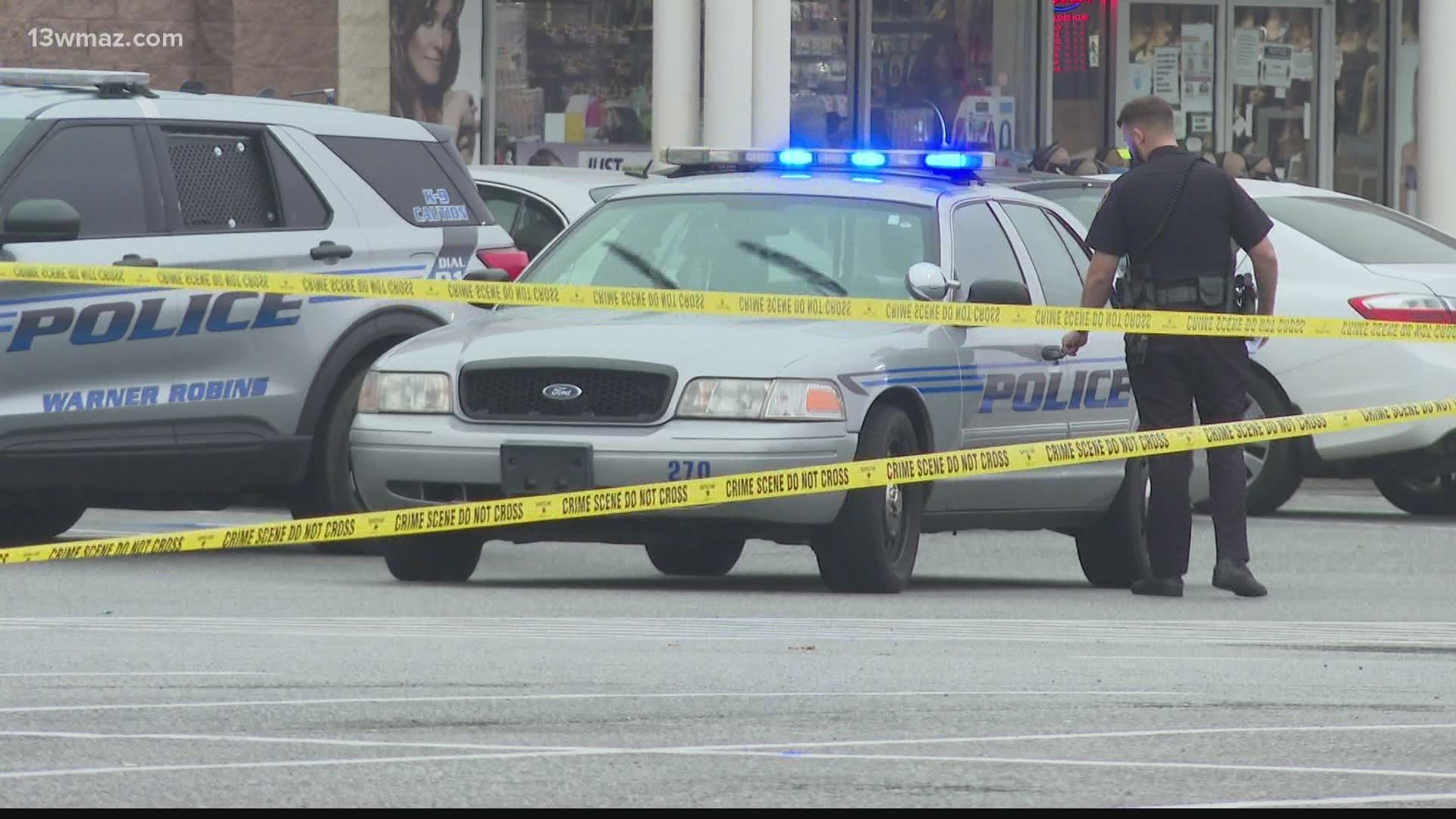 WARNER ROBINS, Ga. — The Georgia Bureau of Investigation is investigating after Warner Robins police officers and a suspect exchanged gunfire at a Watson Boulevard shopping center.

The GBI says cops were already responding to a shoplifting call at the Watson Boulevard Walmart a little after 2 p.m. Thursday when a customer told police a man was breaking into cars in the parking lot.

"And he, the citizen, and Warner Robins police officers walked back outside and the citizen actually pointed him out and said, 'There he is,'" said GBI Special Agent-in-Charge Todd Crosby.

The GBI says that suspect is 27-year-old Derik Edward Jones from Winston Salem, North Carolina. Officers moved towards Jones, but then, he began running through the Walmart parking lot all the way to the Bealls Outlet. There, the GBI says Jones pulled out a gun on the three officers chasing after him.

"Several shots were fired by the suspect and the officers involved," Crosby said.

The GBI says the gun Jones used was reported stolen from one of the vehicles in the Walmart parking lot. The GBI also said in a press release that all three officers fired shots.

Police held over a dozen witnesses inside the crime scene, taped off from the American Deli to the TJ Maxx into Thursday evening. Myles Gates Jr. says he saw the chase and shooting unfold.

"I noticed he had a gun and he pointed it as the officers, and shortly after that, I heard the sound of gunfire. I panicked, ducked down, and got out of there," Gates Jr. said.

"We hate that anything like this ever happens. Our thoughts and prayers are with the officer and the one that's involved that's gone to Navicent," Wagner said. "Just know our hearts and minds go out for all that are involved in it, witnesses as well."

Jones was transported to the Medical Center, Navicent Health in Macon. GBI Special Agent-in-Charge Todd Crosby says their understanding is that the suspect does not have life-threatening injuries. The GBI says charges are still pending against Jones.

The GBI says no officers were injured during the shooting.

The GBI says they will conduct an independent investigation, and once it's done, it will be turned over to the Houston County District Attorney’s Office.