GBI explains timeline of what led up to Bibb County deputy being fatally stabbed, how the inmate got the knife

The GBI says Booze acted out, leading deputies to have to move him twice between Monday afternoon and Tuesday morning 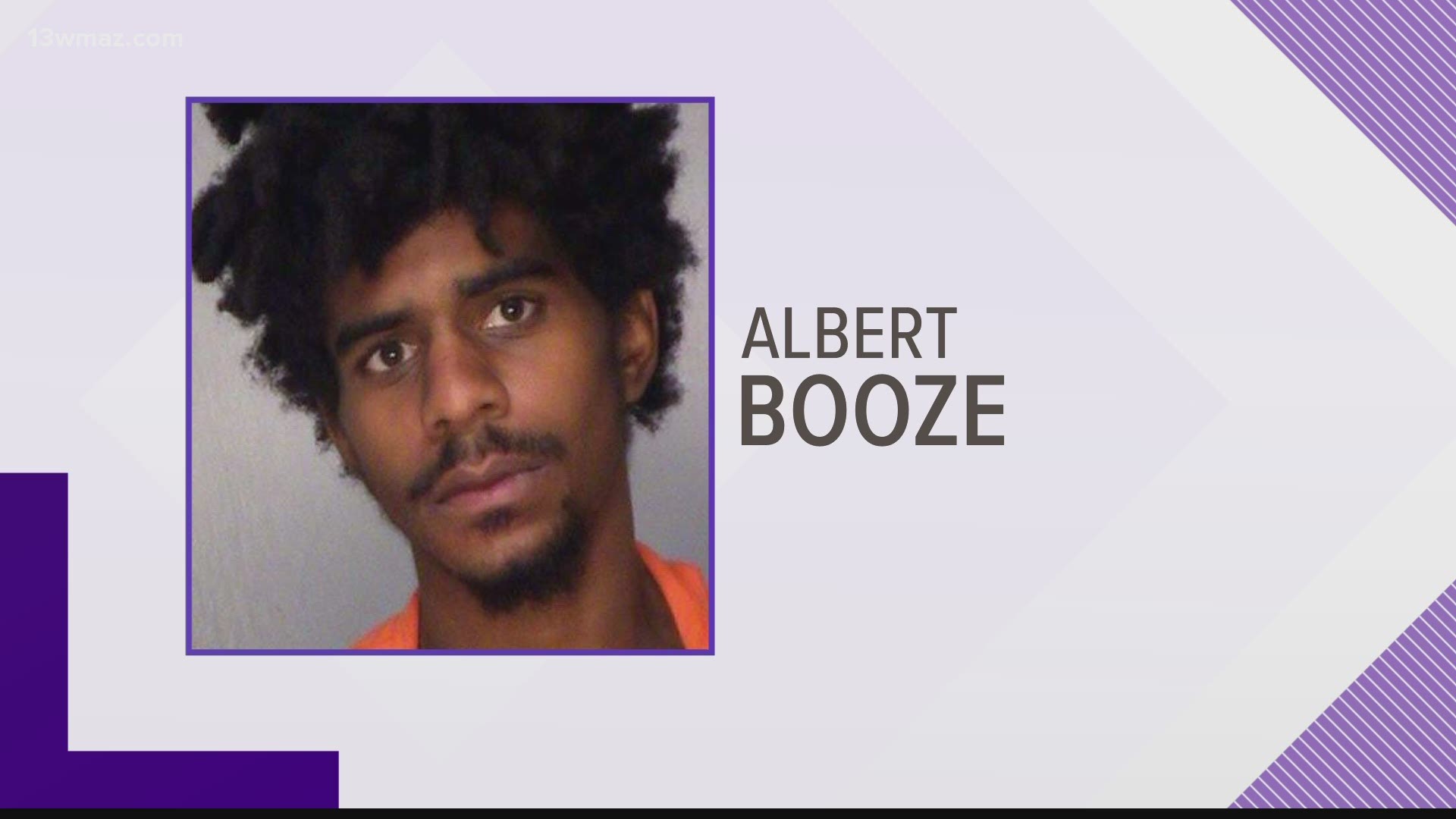 MACON, Ga. — Investigators say Bibb County inmate Albert Booze fatally stabbed Deputy Christopher Knight, but leading up to the stabbing, the GBI says Booze acted out and had "disciplinary issues," leading deputies to have to move him twice between Monday afternoon and Tuesday morning.

Booze has been held in the jail since last November on charges of criminal damage to property, giving a false name, and trespassing.

13WMAZ talked to GBI Special Agent-in-Charge Todd Crosby about the timeline of the stabbing, what led up to it, and how Booze got the knife.

Sheriff David Davis says beginning Monday afternoon, Booze started acting out. Deputies decided to move Booze from his cell to a lockback cell in a section of the jail where inmates with disciplinary issues are taken.

Bibb County Sheriff's Office would not comment about the exact administrative issue on why Booze was originally moved. Davis says that's still under investigation.

After being transferred to the administrative section of the jail Monday, Crosby says Booze started causing even more problems.

"He started flooding the toilets and all this in the cell," Crosby said. "During that conversation with him, he made the comment that he wanted to cause bodily injury to himself. He wanted to commit suicide."

Deputies put Booze on suicide watch and started moving him to an observation cell in a different part of the jail a little after 2 a.m. Tuesday.

Crosby says the stabbing happened while deputies were putting Booze in an observation cell when they were removing his handcuffs. He says Booze, who at that point was not handcuffed, grabbed a pocket knife off of Deputy Christopher Knight.

"Deputies do have access to knives and that sort of thing when needed, because we have situations where someone may try to commit suicide and that they need to cut somebody down," said Sheriff David Davis in a news conference Tuesday morning.

The sheriff also noted in the news conference that they're looking into the circumstances on why Knight had a pocket knife in the jail.

Crosby says Knight's knife was not issued by the sheriff's office.

"This was a personally-owned knife," Crosby said. "Whether it was allowed or not is something that needs to be discussed by the Bibb County Sheriff's Office."

We asked Bibb County Sheriff's Office about their policies and procedure, including whether deputies can have personal knives in the jail. Their answer is that weapons not issued by the sheriff's office are not allowed in the jail unless they're approved by the sheriff or chief deputy.

Davis says some deputies in the jail carry Tasers issued by the sheriff's office.

With this, 13WMAZ heard from some Bibb deputies and former deputies on Tuesday. They say many deputies carry pocket knives into the jail because they don't feel safe.

"A jail is a unique place. Certainly, if you have 100 percent of your population in the jail charged with some kind of crime, there is an element of danger. We try to train our folks to work in groups, to address any kind of serious situation. If there is any kind of pervasive fear or danger, we'll look into that and address it as it goes," Davis told 13WMAZ Tuesday evening.

As for if any policy or administrative changes could be made, Davis says they'll learn that in the ongoing internal affairs investigation.

Sheriff Davis also said Booze has been transferred to another facility. However, the sheriff didn't say which facility Booze is at.

Special Agent-in-Charge Crosby says they are working to get arrest warrants with charges against Booze relating to the deadly stabbing.