Gloria Williams has been sentenced to 18 years with 511 days credited for time served in a quick sentencing hearing on Friday, June 8. 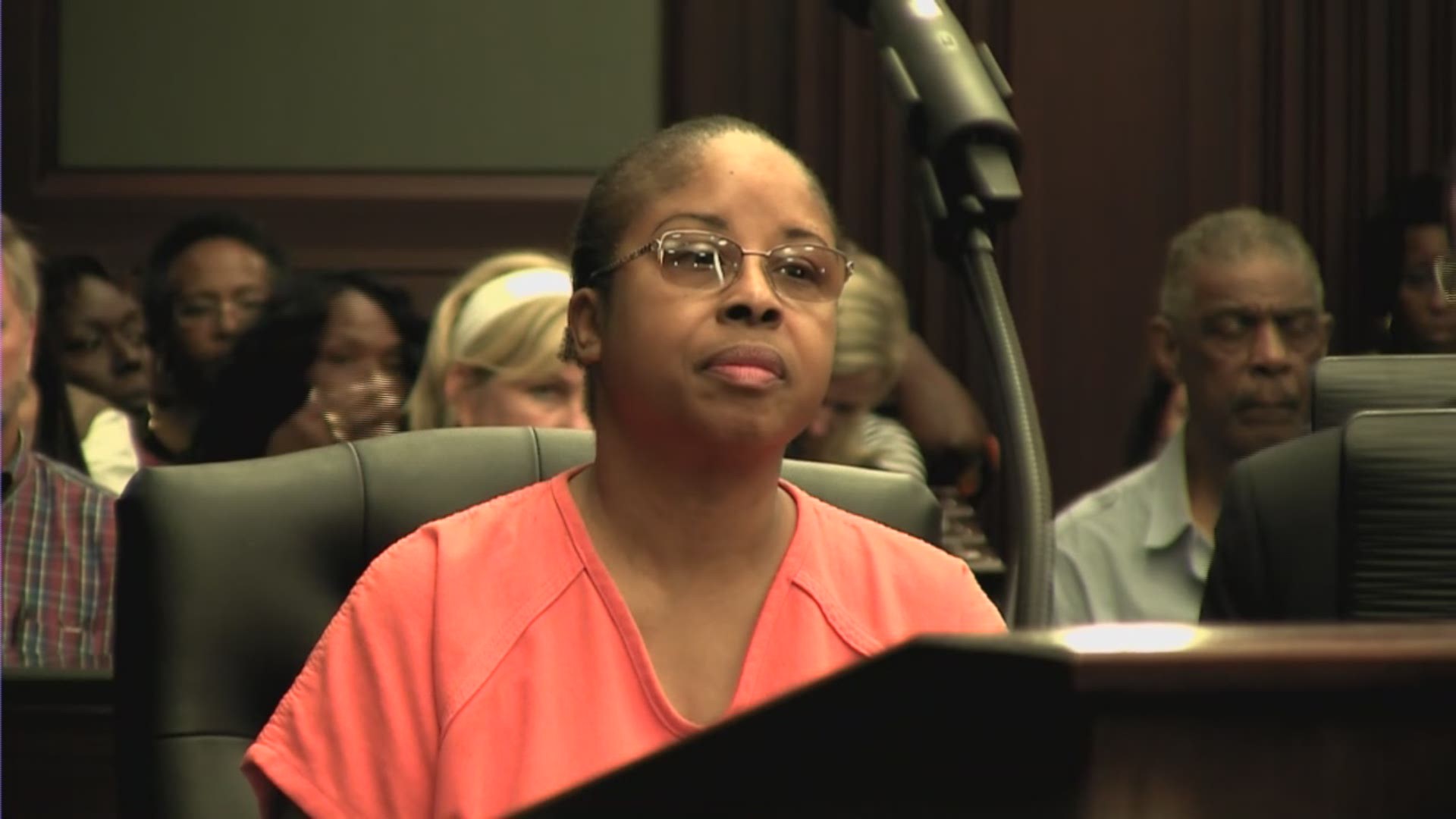 Gloria Williams has been sentenced to 18 years with 511 days credited for time served in a quick sentencing hearing on Friday, June 8.

Judge Melanie Aho began with some housekeeping issues before she asked Gloria Williams to come to the podium with her attorneys. Williams was clad in an orange jailhouse jumpsuit with both her hands and feet bound.

Judge Aho began, "There are no winners and no losers in this case," she said. "This is a very sad case and many people have suffered as a result of this case, including Mrs. Williams.

William's official sentence is 18 years for the kidnapping charge and 5 years for the interfering with custody charge, but they are to be served concurrently. She is also being credited with the 511 days she has already served. It is also part of her plea deal that she cannot profit from her crime while she is in jail, meaning she cannot sign a book, TV, or entertainment deal.

Her biological father, Craig Aiken, left the courtroom and gave the media this thanks, prosecutors and law enforcement his thanks.

"We're going to continue on our journey of healing together as a family," Aiken said.

He said going into the courtroom today he knew there would be no winners in this case.

The kidnapping of baby Kamiyah Mobley captivated Jacksonville and beyond. Pleas of a teen mother, Shanara Mobley, begging the woman who posed as a nurse and kidnapped her newborn to please bring her back.

Eighteen years later, Kamiyah Mobley was found, now named Alexis Manigo, living a life with her kidnapper as her mother.

Mobley knew she was kidnapped as a child, having run into trouble trying to find a job roughly a year before investigators knocked on her door. As the case proceeded the public learned of Gloria Williams' abusive relationships, her children and her miscarriages. She testified in a two-day sentencing hearing where she apologized to the Mobley family and Kamiyah.

After two decades, justice was served.