The judge called recess shortly after 5:30 p.m. and the hearing will resume Friday at 10 a.m. 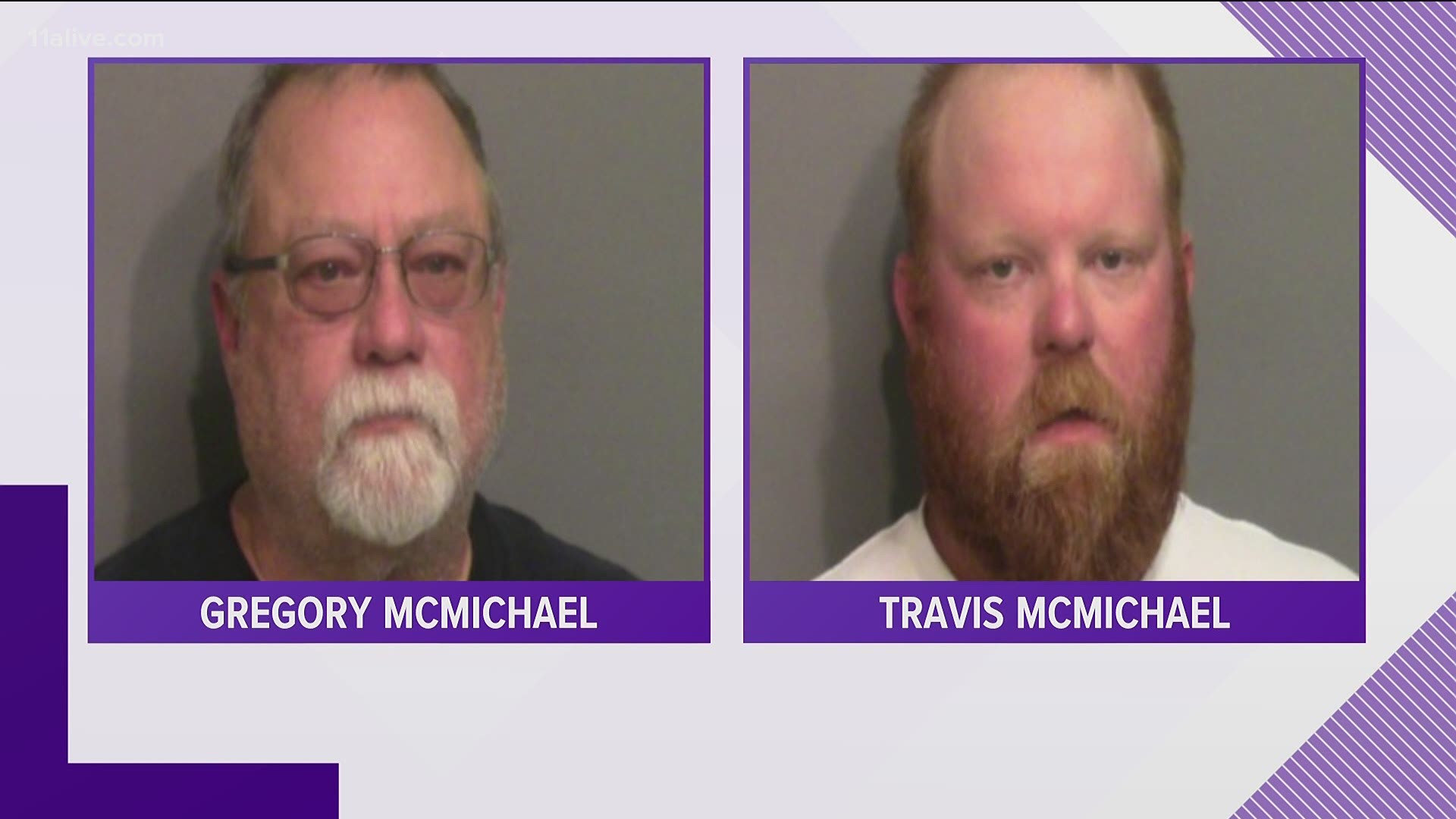 BRUNSWICK, Ga. — The father and son charged with murdering Ahmaud Arbery early this year are seeking their release from jail on bond. Thursday morning was their first court hearing since initially denied bail by a judge in July.

Gregroy McMichael and his son Travis McMichael each face nine charges in the shooting of Arbery, who was running in a Brunswick neighborhood in February when he was accosted by the pair and a third suspect, William "Roddie" Bryan.

The hearing started at 10 a.m. However, it lasted throughout the day. The judge called recess shortly after 5:30 p.m. and the hearing will resume Friday at 10 a.m.

Travis McMichael, the son, got into a struggle with Arbery as he tried to run around their truck -  which video showed they had used to try and block him in, with Bryan in another vehicle trailing - and shot him.

The case lingered without charges for more than two months before the story generated a national outcry and the McMichaels were arrested.

The context of two white men with law enforcement connections avoiding arrest after killing a Black man, in what they termed a citizen's arrest and what was decried by advocates around the country as a vigilante killing, helped fuel the Black Lives Matter protests in cities across the nation earlier this year.

RELATED: Three suspects in Ahmaud Arbery murder case plead not guilty in court Friday, no bond set for any of them

There has never been any evidence Arbery committed any sort of criminal act while running through the neighborhood.

Surveillance video that would later emerge showed he briefly entered a home construction site that several passersby had walked onto as well in the months before. A lawyer for the owner of the home said it seemed like he was looking for water.

The McMichaels and Bryan pleaded not guilty in July, and were not given bond at that time by a judge.