Three young adults were killed after a bonfire turned bloody. Early Thursday morning, police were called to a home in the 600 block of Moccasin Gap Road for a home invasion. 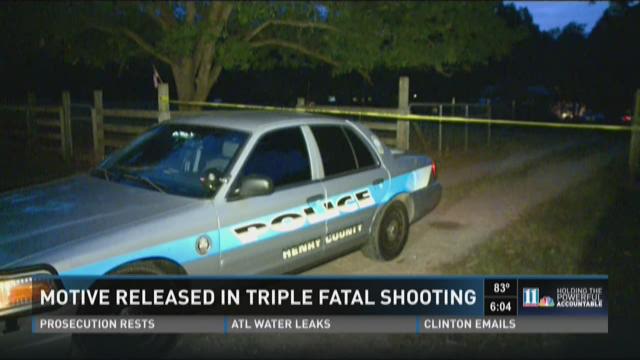 HENRY COUNTY, Ga. -- Three young adults were killed after a bonfire turned bloody. Early Thursday morning, police were called to a home in the 600 block of Moccasin Gap Road for a home invasion.

When authorities arrived, they found four people shot inside the home. Three were pronounced dead at the scene and the fourth was flown to the hospital in critical condition.

Destiny Olinger was flown to Grady Hospital where she remains in critical condition.

Five people were arrested in the shooting.

Matthew Baker Jr., 19, and 22-year-old Jacob Cole Kosky, both of McDonough, were arrested and charged with three counts of Murder along with additional felonies.

The additional three people, 18-year-old Jacob Williams of McDonough, 21-year-old Kayla Head of McDonough and 19-year-old Brooke Knight of Locust Grove, were arrested and charged with obstruction of a police investigation.

Police believe that Kosky was at the house for a bonfire party thrown by Olinger. According to police, Kosky returned later returned to the house to rob and murder those at the party. Authorities said Baker was holding the gun, and helped Kosky get away.

Baker and Kosky were give court appointed attorneys. They are scheduled for a preliminary hearing at the Henry County magistrate court on Nov. 21 at 2 p.m.

Photos from the scene

1 / 21
Police on the scene of a Henry County house shooting that killed three people.