Henry County Police said they are following leads that may take them to the remains of more people in addition to the two they are working to identify. 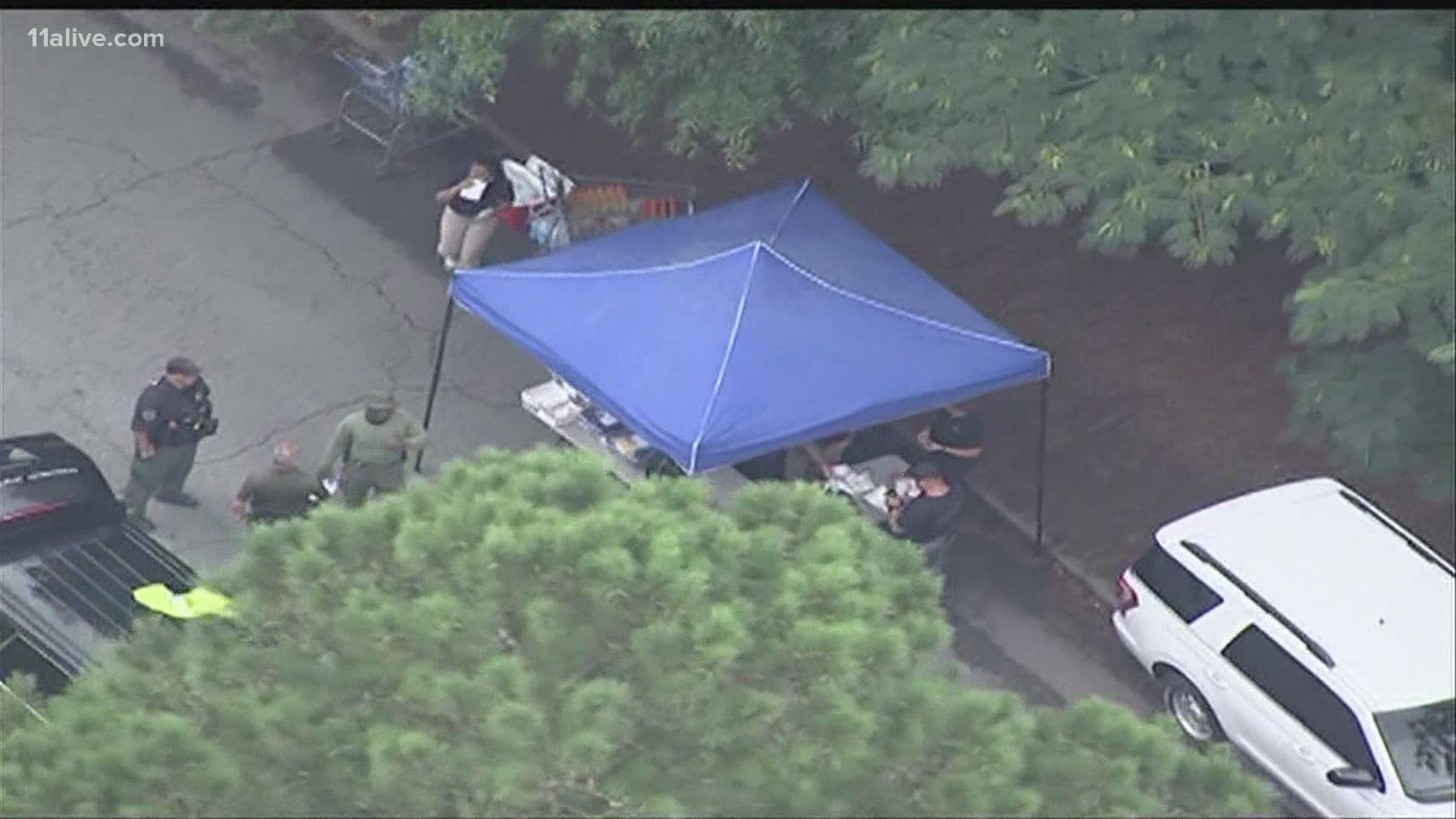 HENRY COUNTY, Ga. — Henry County Police and the Georgia Bureau of Investigation continued Wednesday to try to identify the remains of two people found Monday in woods on Hudson Bridge Road just west of I-75.

Police said they are following leads that could take them to “additional victims.”

Three people are now in custody charged with murdering Mirsha Victor earlier this month. The victim, police said, may or may not be one of the two people whose remains were found in the woods, a short walk from where two of the suspects live.

People who live in the townhomes near the woods said they were relieved when Henry County Police arrested the suspects at their apartment on July 9. Police charged Dennis Lane, his brother Cleounsee Fisher, and Ronisha Preckwinkle with murdering Victor at the apartment.

RELATED: What we know | Henry County human remains could be missing woman, 3 charged in her disappearance

Police have not found Victor’s body, yet. It’s possible, police say, that one of the people whose remains were found in the woods may be identified as Victor.

“We have some leads of additional, potential victims that were following up on at this time,” Capt. Lee said.

Lane is on the GBI’s Sex Offender Registry because of a conviction in Illinois for predatory criminal sexual assault.

The GBI is using DNA and dental records to try to identify the remains of the two people found in the woods.

And police said it’s possible that the two people found in the woods may turn out to be more victims, in addition to Victor, the suspects are already charged with murdering.