At least 5 of the 16 indicted Tuesday in a racketeering and illegal gambling investigation donated to Howard's campaign, according to campaign contribution reports. 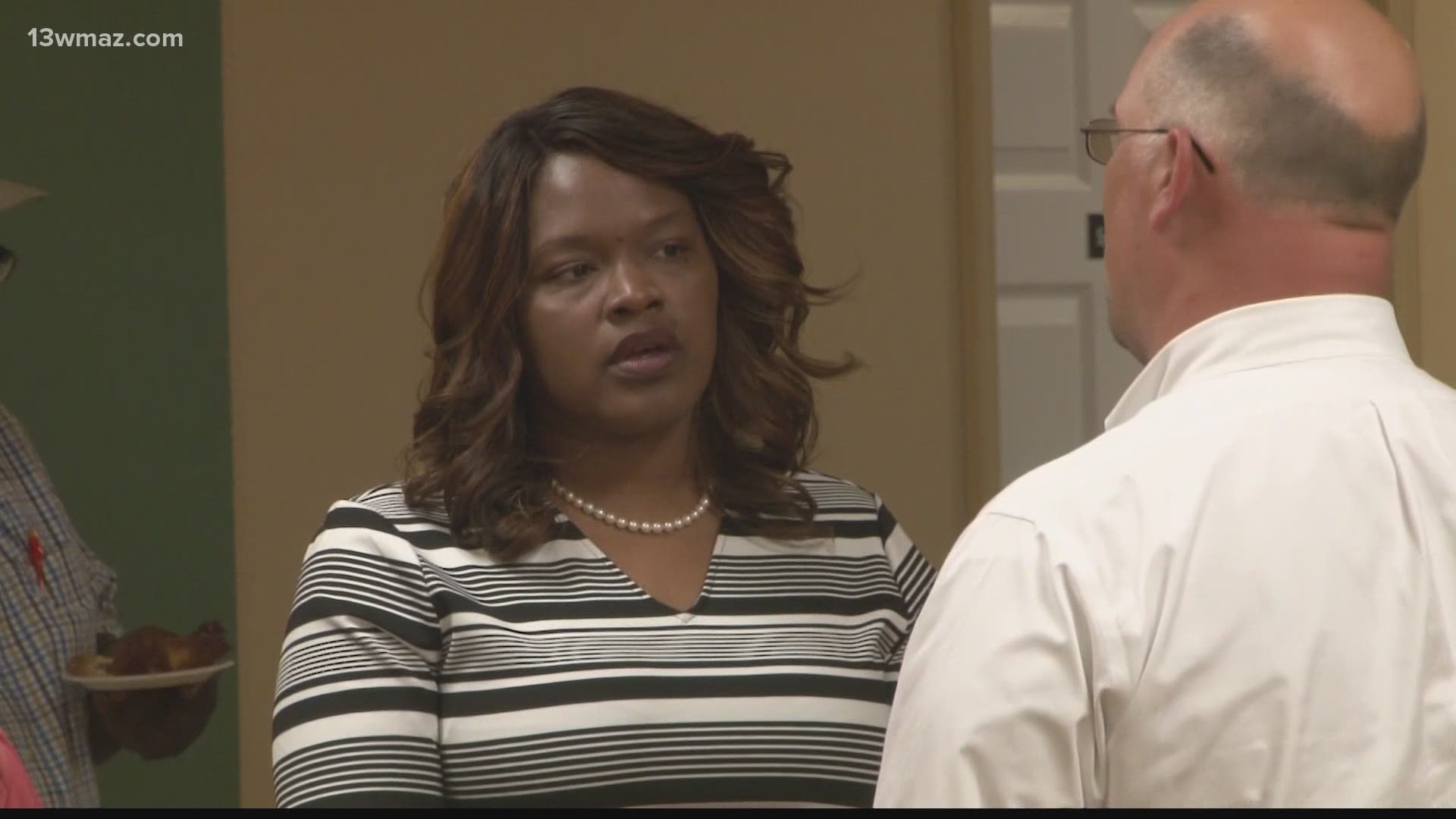 MACON, Ga. — Some of the names and businesses listed on Anita Reynolds Howard's campaign contribution reports are what you would typically see, like politicians, lawyers, and law firms in town, but when you take a closer look, you see some of the names are suspects and companies related to a racketeering and illegal gambling investigation conducted by current District Attorney David Cooke.

Now, public records show that some of those suspects made campaign contributions to Bibb County's incoming district attorney, Anita Reynolds Howard. Some of those contributions came after they were arrested and jailed.

At least 5 of them donated to the campaign of incoming District Attorney Anita Reynolds Howard.

They include Kunj Patel and Samir Patel, who both donated $2,500 under their names to her campaign.

Other suspects donated under their business's name, including former Bibb County Sheriff's Deputy Rahim McCarley, who owns the gas station at 2311 Pio Nono Avenue, according to the indictment.

The business donated $2,800 to Howard last November after McCarley was arrested.

Then, another gas station on Rocky Creek Road donated another $2,800. Hiren Patel owns that business, according to the indictment.

Another familiar name from the indictment is Ennis Odom, the former police chief in Ideal in Macon County. According to Secretary of State Business records, he owns the Hartley Bridge Citgo, which gave $500 to Howard's campaign.

We confirmed that people indicted in the illegal gambling case and their businesses donated over $11,000 to Anita Reynolds Howard's campaign.

We brought this information to District Attorney Cooke, who leaves office this month. He says it's not surprising these people offered money, but he did not expect to see Howard's campaign accept it.

"The involvement in this industry which is one big criminal enterprise is to bring in as many law enforcement officers and as many public officials as possible. The goal is to compromise and have them in their debt," Cooke said.

Cooke says he knew that if went after those committing illegal financial crimes within the gambling industry that he would not be their favorite.

This issue of illegal gambling came up this spring before voters in Bibb, Peach, and Crawford counties chose Howard over Cooke.

Now, as far as we know, it is not illegal for those suspects to donate to Anita Reynolds Howard's campaign or for her to accept their money. Also, nobody has suggested that she has shifted her position on gambling cases due to those donations.

Starting Wednesday, we've reached out to Anita Reynolds Howard to talk about the case.

Friday afternoon, her staff emailed us a statement saying that as District Attorney, Howard will fight violence in the community and she will enforce the law fairly for all. However, she did not address questions about the corruption case or the donations from suspects.

"As the new District Attorney of the Macon Judicial Circuit, I will uphold the law and administer justice fairly and equitably for all. No one is above the law. The primary concerns this community has evidenced continue to be ignored and the outcries have fallen on deaf ears. This community is in a crisis that has resulted in young adults like Jhacaya Mann, a 22 year old mother of 2, being gunned downed in our streets, and families continuing to be torn apart. I will be a District Attorney that reflects this community and addresses its needs. I join with Coroner Leon Jones, other elected officials, faith based leaders, and this community in the call to cease this violence that is breaking our community apart."