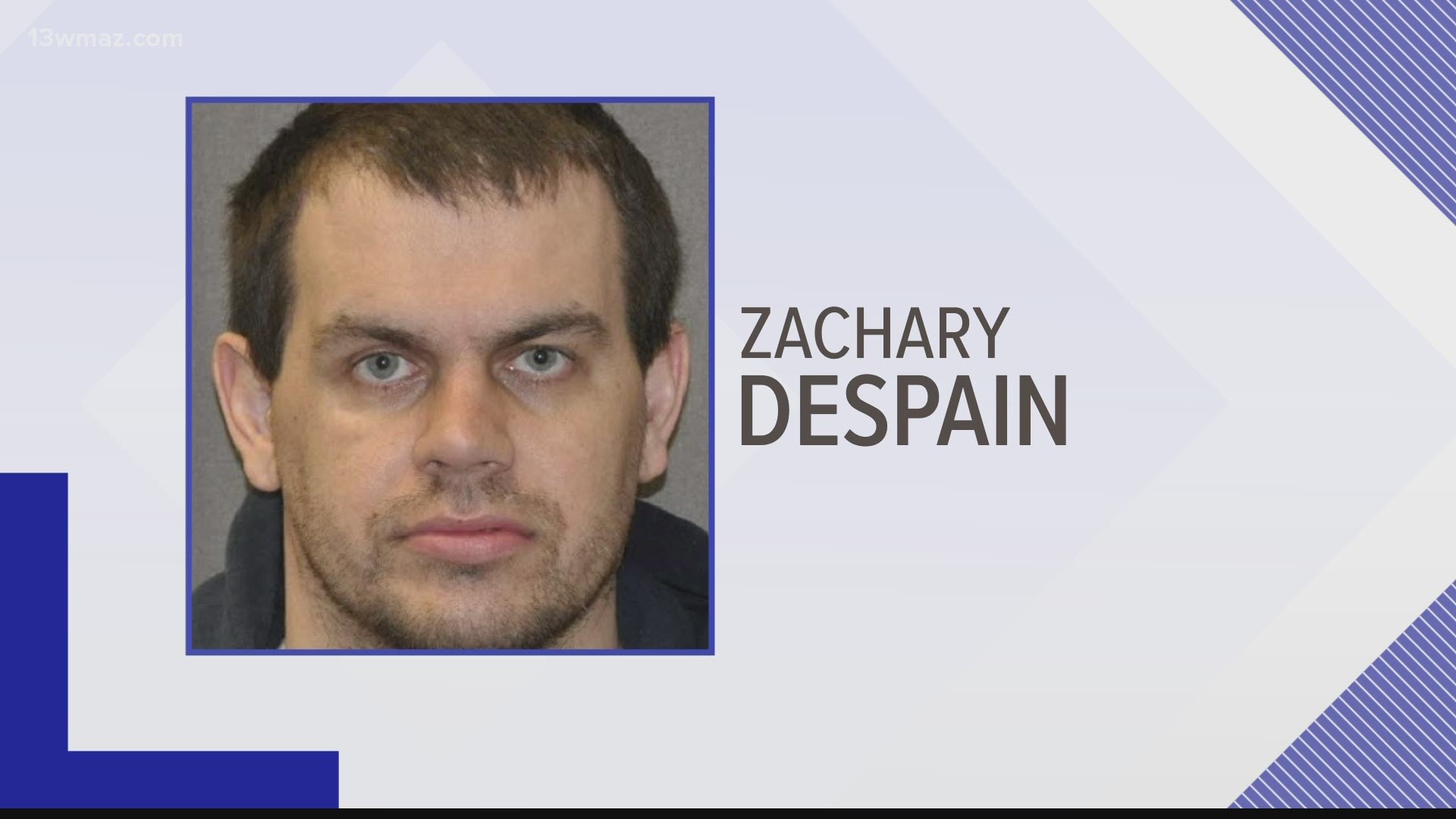 COCHRAN, Ga. — A 36-year-old Illinois man is now facing sex trafficking charges in the case of a missing Cochran teen.

According to a GBI news release, Zachary Despain is charged with Interference with Custody, Enticing a Child for Indecent Purposes, Trafficking of Person for Labor or Sexual Servitude, and Kidnapping.

He’s also facing charges back in his home state of Illinois. District Attorney Tim Vaughn will be seeking Despain’s extradition to Georgia.

According to Illinois State Police records, Despain is a registered sex offender.

The registry says Despain was 18 when he was accused of aggravated criminal sex abuse in Peoria County, Illinois. The victim in that case was a 14 years old.

On Tuesday, Jessica Brown and Bennie Williams Jr. reported their 13-year-old daughter as missing. She told a sibling that she was going for a short walk, but she never returned home.

On Wednesday, search teams began looking for her around Cochran.

By Saturday morning, she was found safe in Springfield, Illinois.

According to Springfield Lt. Jason Brands, she was dropped off about a block from the police station, she called police and they recovered her.

The GBI announced Monday they had arrested and charged a man in her disappearance.

On Tuesday, the FBI confirmed to 13WMAZ that they are assisting both the GBI and Bleckley County Sheriff's Office in the case.