Pinellas County Sheriff Bob Gualtieri says it took 25-year-old Cody Jondreau a total of 26 seconds to make it over the wall. 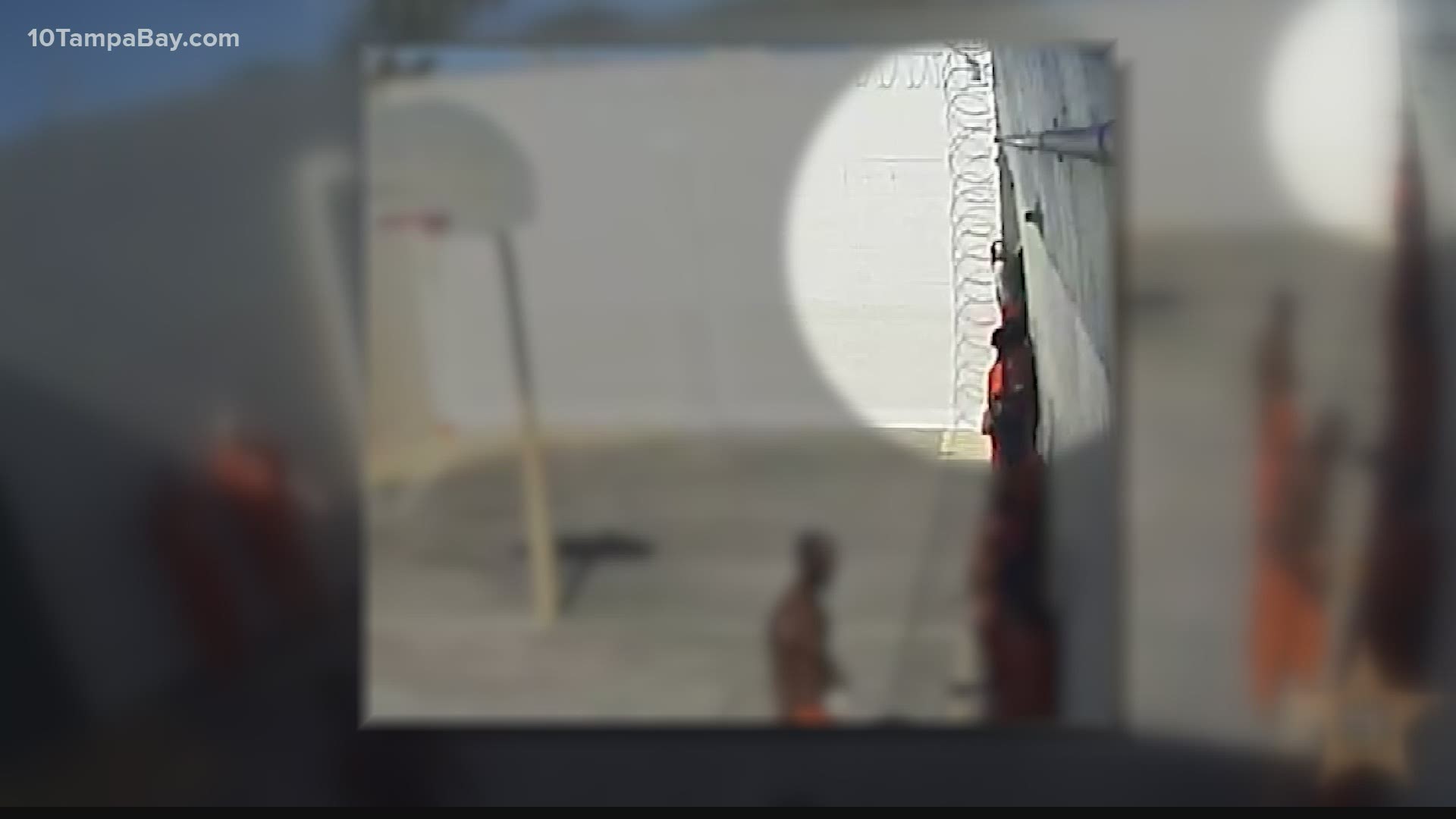 LARGO, Fla. — It only took 26 seconds for inmate Cody Jondreau, 25, to make it over the razor wire wall of his jail wing's recreation yard and start his escape, according to the Pinellas County Sheriff's Office.

Sheriff Bob Gualtieri calls the incident a unique situation that he hasn't seen in 25 years. According to the sheriff, Jondreau was booked into the Pinellas County Jail on May 28 after being arrested on a warrant out of Ohio in Polk County.

Jondreau's warrant, Gualtieri says, was for the murder of his 9-week-old son.

Due to the U.S. Marshal's involvement in transporting Jondreau back to Ohio as a fugitive, the sheriff's office says he was placed into the Pinellas jail in the maximum-security wing.

All inmates at the jail, regardless of where they are being held, are allowed time in the recreation yard. It's here that Jondreau attempted his escape around 10 a.m. Wednesday.

The sheriff's office says the inmates in the yard at the time had indicated to the deputy in the tower that they were ready to head back inside. To alert the control room to let the group in, Gualtieri says the deputy went into the tower to call it in.

That's when Jondreau sprung into action. The sheriff's office says the 25-year-old entered a restricted "painted area" in the yard and scaled the wall using a door handle, awning and conduit before reaching razor wire.

Instead of stopping there, Jondreau took his shirt off and wrapped it around the razor wire before hoisting himself up and over and onto the roof, according to the sheriff's office.

To continue his escape, Gualtieri says Jondreau made a 14-foot jump off the jail roof and scaled a fence also topped with razor wire. Deputies are reported to have tried to pull Jondreau off the fence but were unsuccessful.

Ultimately, the chase came to an end when Jondreau ran onto the property of a local business, was tased, tried to run again and then was taken down by deputies. 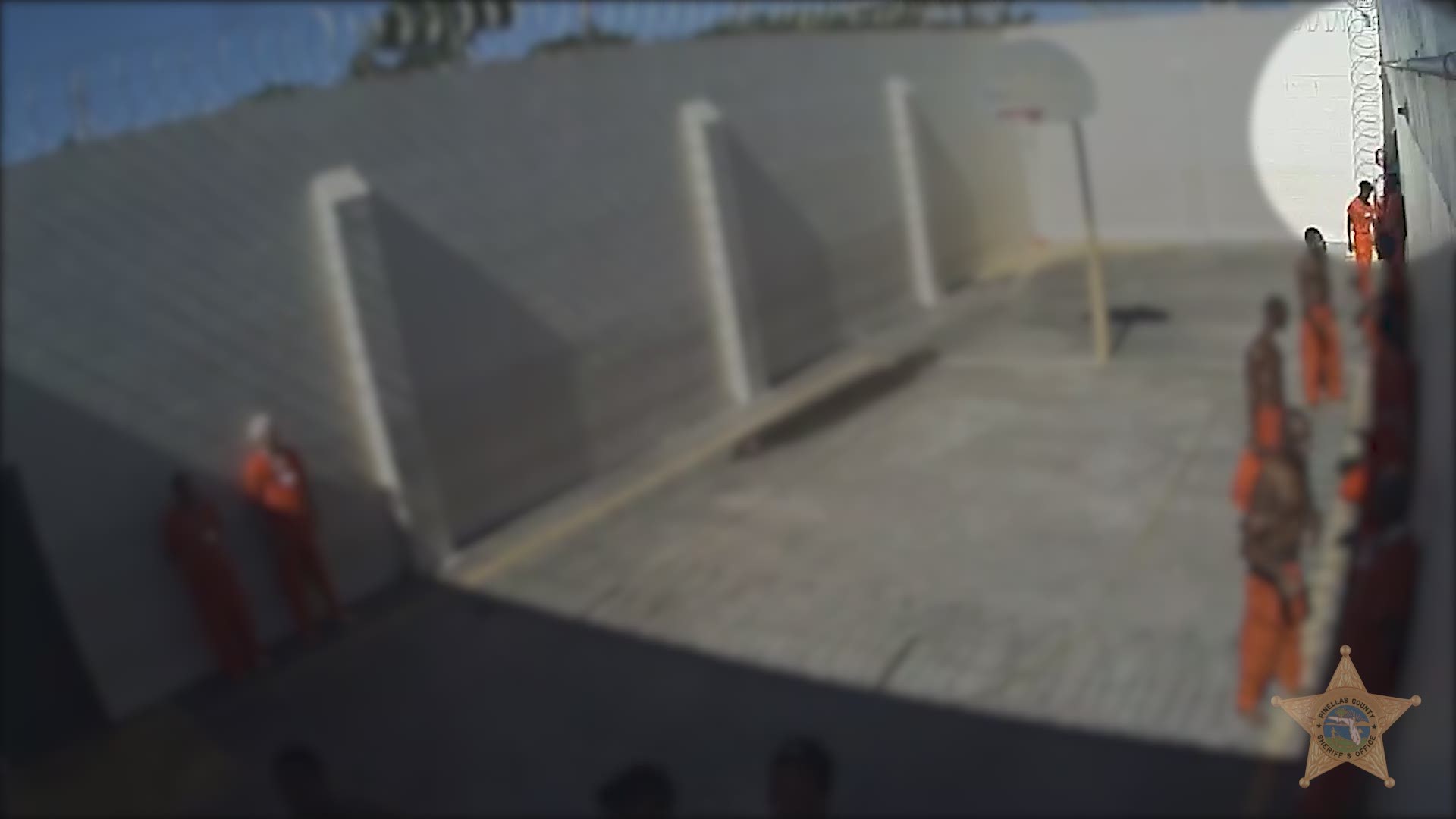 In total, Sheriff Gualtieri says Jondreau was out of the jail for 10 minutes and that there was never a threat to the public. The 25-year-old did suffer a broken heel and needed about 80 sutures for lacerations.

“It was kind of the perfect storm," Gualtieri said.

The sheriff's office will be looking into their procedures and practices in addition to completing a review of the incident to ensure another escape does not occur.

At this time, the sheriff's office has no indication that Jondreau was working with other inmates to stage the escape, though Gualtieri is not quite convinced the escape was as spontaneous as the 25-year-old claims.

“We don’t have any indication that he had any help or that anybody else was involved in it. He claims that it was spontaneous but he also mentioned he had thought about trying to escape when he was in Polk County and was looking for ways to do it. He didn’t want to be in jail," Gualtieri said.

Charges related to the escape are forthcoming from the Pinellas County Sheriff's Office but will be held until Jondreau goes through the court system for his murder charge in Ohio.

There is no exact timeline for when the U.S. Marshal Service will pick Jondreau up from the jail. He will be kept in a single cell with no recreation yard access until they do.

“It can’t happen fast enough, as far as I’m concerned. Get him out of here as quick as we can," Gualtieri said.

As for where Jondreau was headed if his escape was successful? Gualtieri says he planned to "take an Uber to Panama.”