Jones County's 'Operation Lone Ranger' takes down 100+ people. Here's how it was done.

The Jones County Sheriff's Department says it took almost two years, but 'Operation Lone Ranger' is now one less case they have to worry about. 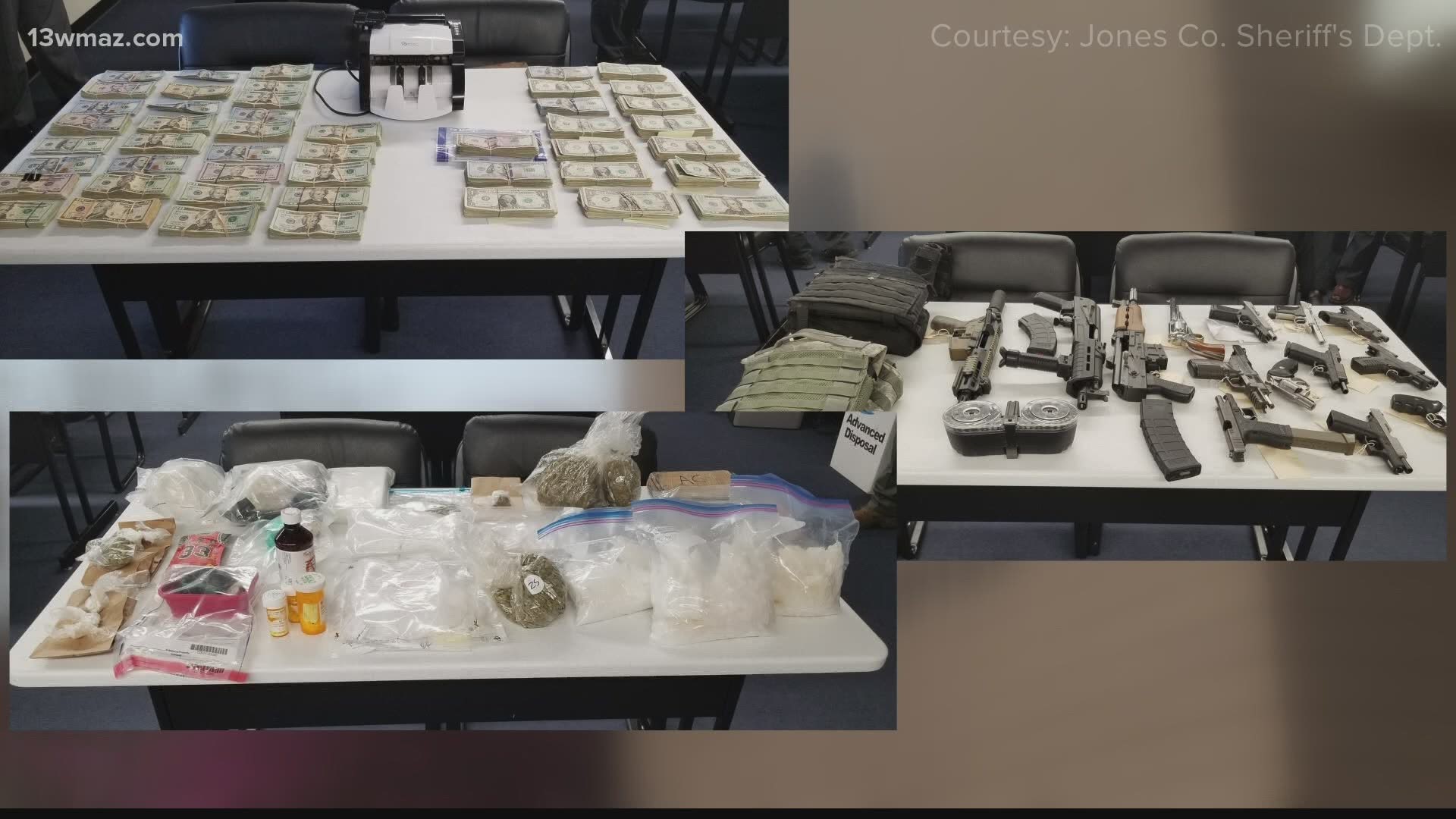 JONES COUNTY, Ga. — The Jones County Sheriff's Department says Operation Lone Ranger started to pick up in the summer of 2020, but it was a year earlier when they were looking at one man who had complaints against him.

"We began coming in contact with Mr. Willie Michael Wood after so many complaints, so many contacts, so many time he was either arrested or caught in possession from methamphetamine to heroin," says Investigator Barron Hall.

Murphy says the 103 arrests are broken down into four tiers depending on the person's involvement in the operation.

"The tiers are divided up in how involved certain individuals were throughout the course of the investigation, so the tier one individuals that are listed, there's only a few of those, they're the higher up targets," she says.

And with the arrests came more than $100,000 in cash, several firearms, and kilos of narcotics, including methamphetamine, heroin, and cocaine.

Murphy says part of the length to complete the operation was making sure everyone involved was held responsible.

"In the grand scheme of things is without that bottom tier of people, you wouldn't have the top tier as successful as it is, so that's why everyone from the top to the bottom to show that organization all the way through," she says.

Murphy and Hall say they do consider this a win for the sheriff's department, but it will still be a long road to make sure the charges stick.