The teen said she does not understand why no one at the restaurant stepped in to help her after the brawl started. 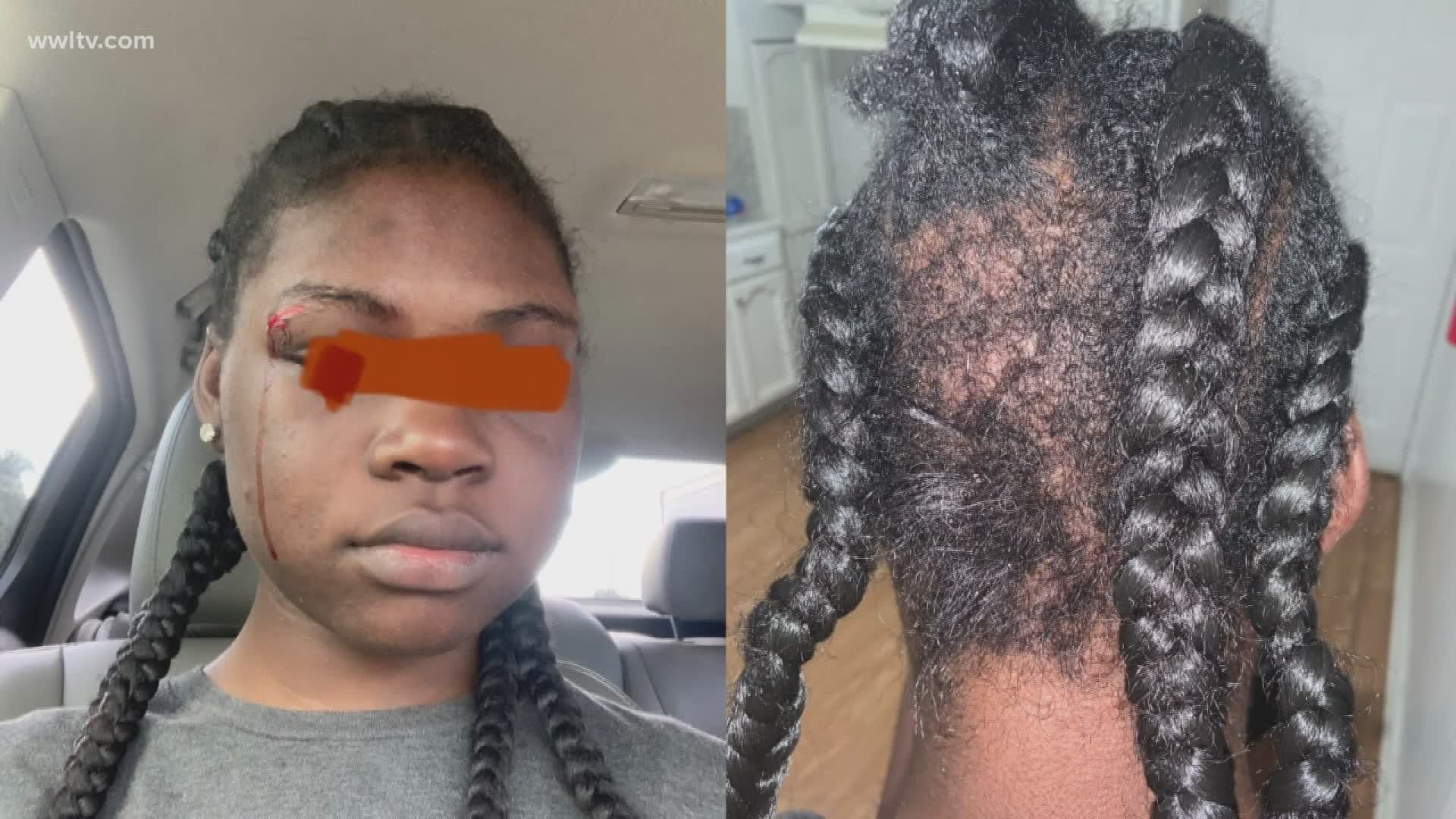 BATON ROUGE, La. — A Baton Rouge teenager is recovering after she was attacked while trying to enforce social distancing policies at the Chili’s where she worked.

Kelsy Wallace, 17, told WBRZ-TV that the attack happened Sunday after she refused to seat a large group of about 13 people at a single table, which is against the company’s COVID-19 policies.

“My general manager tells us we’re not supposed to sit a table over six because of the coronavirus,” Wallace said.

Wallace said she sat six people at one table, but she could not seat the rest of the party because there was still more than six people. She said the group became increasingly upset and tried to get her manager. That’s when she was attacked, Baton Rouge police say.

"She pushed me. And when she pushed me, all I knew was to push her back. I reacted. That's when her and her daughters, they all came. And they're grown women. I'm 17-years-old. They're like, 20, 30, and the woman that pushed me looked like she was 40. So I'm standing there, they're on me, beating me. I'm standing there trying to hit them, trying to get all of them off me. And the lady, she takes a wet floor sign and slams it in my eye. And I had blood rushing everywhere,” Wallace said.

Wallace, with her face covered in blood, was able to get to the back of the restaurant. Police later arrived after the group left in separate cars.

Wallace said she had to go to the emergency room where five stitches were placed above her eye. She says the attackers ripped some of her hair out, creating a bald spot on her head.

She said she does not understand why no one at the restaurant stepped in to help her after the brawl started.

"The managers let them walk out. Like, how y'all let them leave like that? I mean, they could have locked the doors until the police came,” Wallace said.

Wallace told WBRZ that she is still employed by the restaurant but does not plan on returning.