Officials say they will take action to make the county safer, beginning with cracking down on alcohol licenses at establishments where it's needed 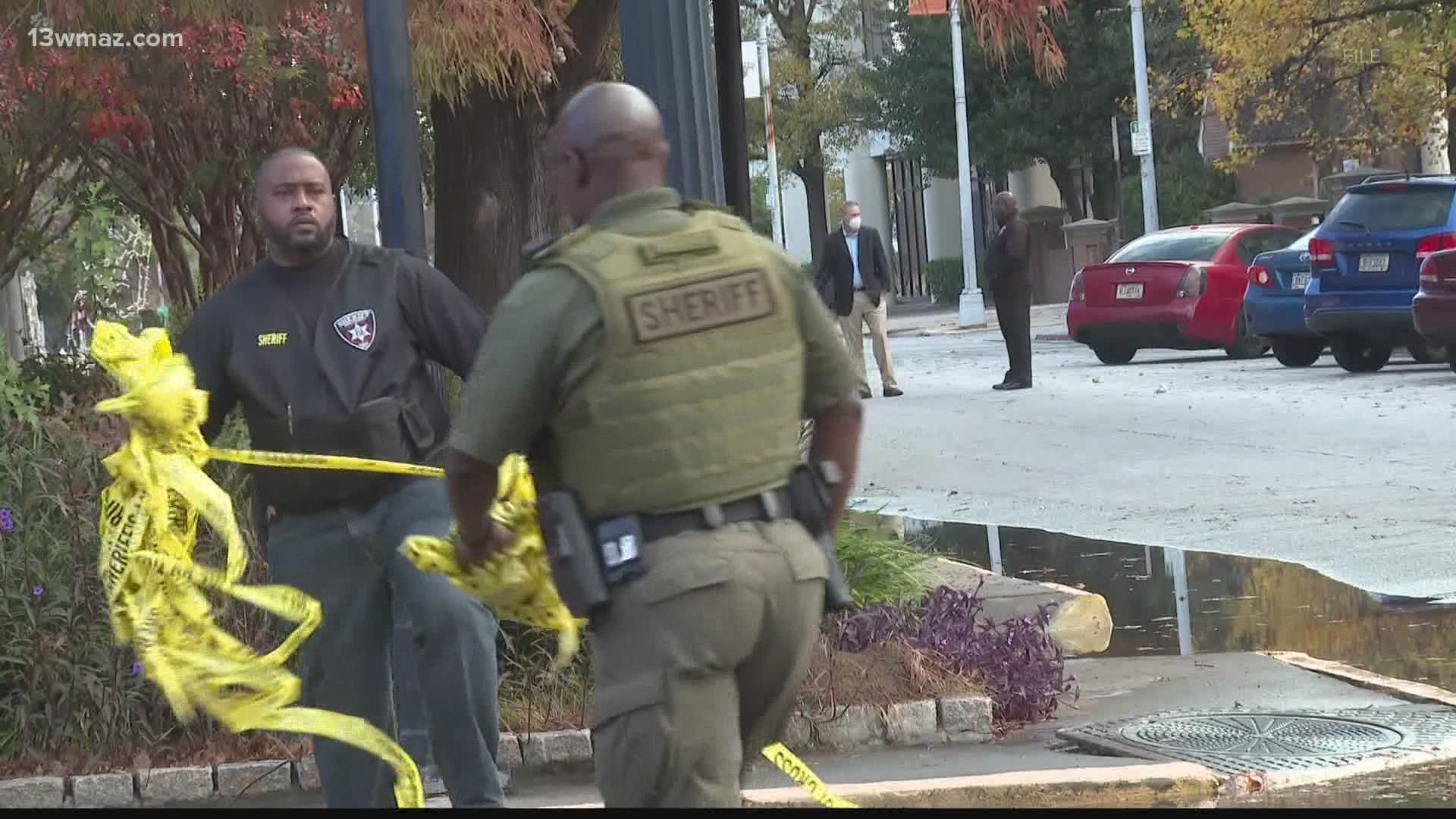 MACON, Ga. — Macon Mayor Robert Reichert, Sheriff David Davis, Mayor-Elect Lester Miller along with other public officials say they're working to stop the violence at a time where the county is averaging about one homicide per week.

The Bibb County Coroner's Office says the city is at 48 homicides so far this year.

On Monday, county officials held a news conference to do three things: console families of the victims, condemn anyone responsible, and ensure people that justice will be served, Reichert said.

Now, county leaders say they're taking action to try to make Macon-Bibb County safer, beginning with cracking down on alcohol licenses at establishments where it's needed.

Sheriff David Davis noted they've already taken this action against one bar, the Thirsty Turtle, this past Friday. The Bibb County Sheriff's Office says an argument started at the bar before the attack on Cherry Street Friday morning that killed one person and injured seven people. He says they suspended the license because the bar was in violation of county rules by not having an operating camera inside the bar, something the general manager of the bar, Matthew Obelgoner, believes shouldn't have warranted their alcohol license to be suspended.

"I feel like a camera system inside the Thirsty Turtle wasn't going to deter violence that occurs on the corner of Third and Cherry Street, which is a block away from my establishment," Obelgoner said, but Davis says it wasn't just because the cameras weren't working.

"Some of the actions of some of the employees of the establishment have called into question what their activities were in relation to the violence that happened, so we're still following leads on that," Davis said.

Davis says they're also stepping up street enforcement and undercover operations, including at establishments with alcohol licenses along with illegal bars or clubs which Davis called "bootleg houses."

In response to the shooting downtown, the county is also taking part in a Responsible Hospitality Institute Study, taking a closer look at the county's nightlife.

"We expect several changes to come out of that study," said Josh Rogers, with NewTown Macon.

Rogers says one of those changes is a communication tool, like a text message chain, for all operators of downtown venues. Rogers says in instances where a person has been kicked out or turned away from one venue, all venues would be notified with this new change when it's implemented.

Rogers says they expect to implement recommendations from that study by the beginning of next year.