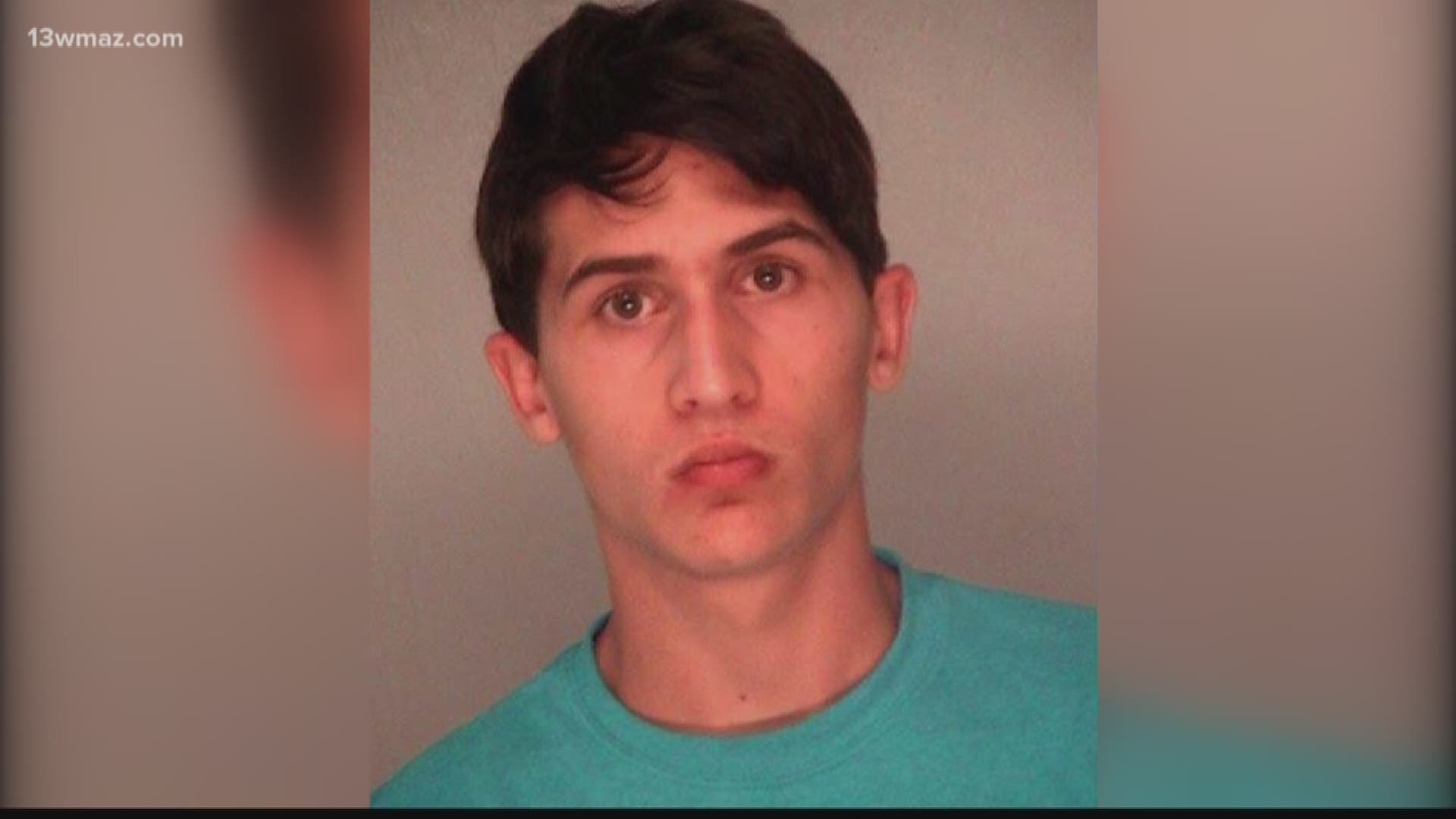 MACON, Ga. — A man was arrested and charged with vehicular homicide, after a single-car wreck in south Bibb on June 4 killed a teenager.

They say Hulette lost control the car and traveled off the right shoulder, where he struck a sign and a tree before coming to a stop. In the report, Hulette said he was trying to go around a cat in the road, when he saw an oncoming car in the opposite lane. He then swerved to the right to avoid the car before running into a ditch.

In the report, a witness says he saw Hulette speeding in the westbound lane before disappearing from view. The witness also said he had to drive his car off the roadway to avoid hitting Hulette.

At the time, GSP said both Hulette and Swain were taken to the Medical Center, Navicent Health for their injuries, but Swain passed away the day after.

Hulette has been charged with vehicular homicide, aggressive driving, and other traffic related violations.

According to Bibb County Jail records, Hulette was arrested on Thursday and released on a $19,065 bond on Friday.