While deputies are on the lookout for that shooter, they are also trying to find who dumped a body and covered it up with a mattress in an illegal dump 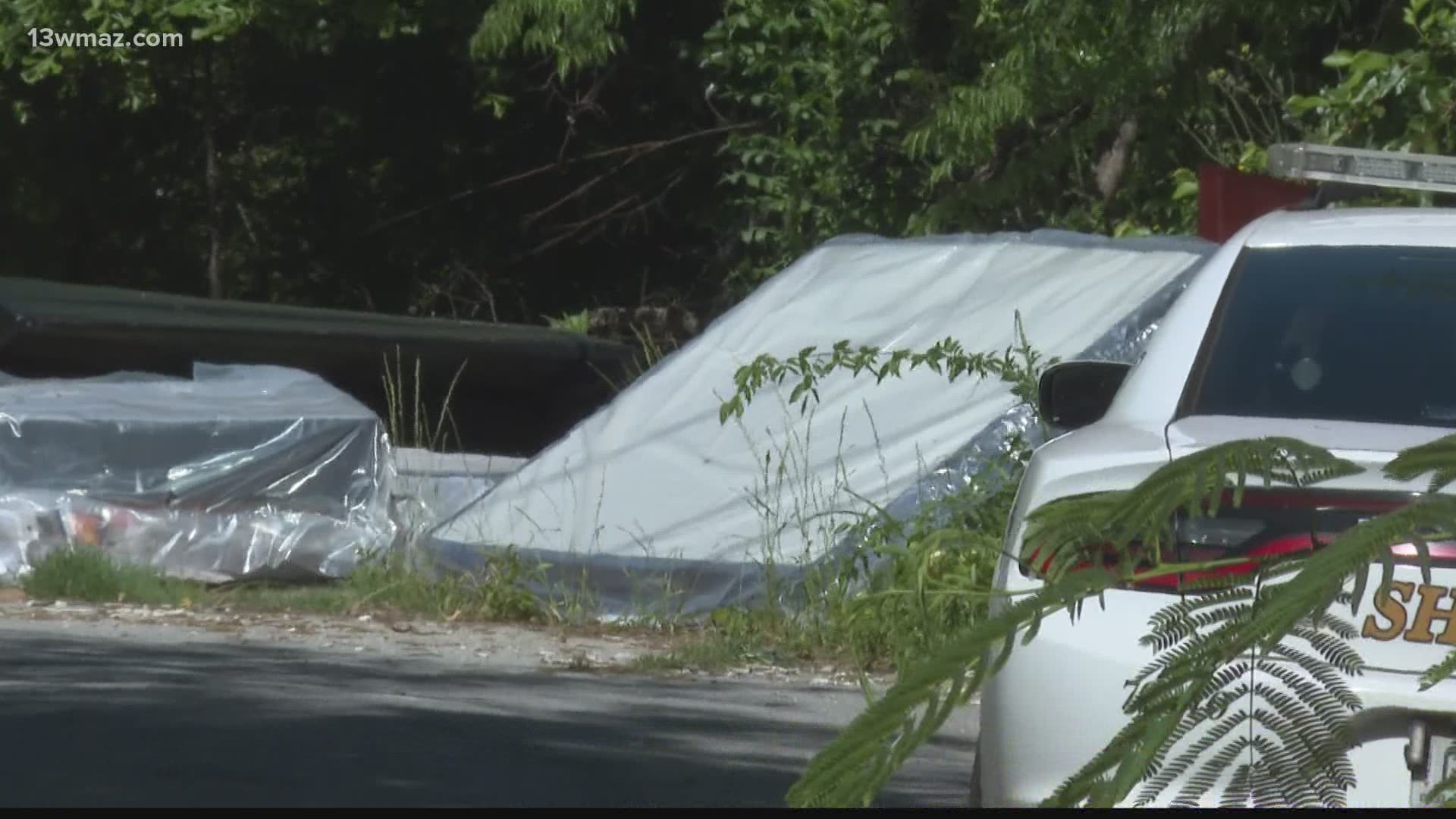 MACON, Ga. — The Bibb County Sheriff's Office is investigating after a man was shot to death and found under a mattress in an illegal dump site Friday morning.

Sheriff David Davis says the call came right before 9:30 a.m. on Churchill Street. But while deputies were investigating that scene, a man pulled up and fired a shot into the air.

This all happened while reporter Ashlyn Webb was wrapping up an interview with Sheriff Davis at the scene. Down the road near the scene, a man, who was shirtless, fired one shot into the air. Deputies say he shouted something related to a gang and the homicide investigation happening just yards away.

Sheriff Davis and other deputies around moved toward where the shot was fired with their guns. Reporter Ashlyn Webb and another reporter took cover behind a patrol car while this was all unfolding.

"That just shows you what kind of individuals that we have. There's law enforcement officers all around and they'll just pull up and start shooting for no reason," Sheriff David Davis said. "This is ridiculous."

Davis says the man left in what looked to be a white Dodge Charger with a black racing stripe.

But while deputies are on the lookout for that shooter, they are also working the investigation where a body was dumped and covered up in an illegal dump site.

Willie Marshall says he discovered the body Friday morning during his daily walk around the neighborhood.

"I saw an arm sticking under a mattress," Marshall said.

He says he went to the closest neighbor's house and called 911.

"We think it happened late in the evening or sometime overnight that he was killed," Davis said.

Davis says investigators believe Norwood was murdered about a mile away on Lilly Avenue and dumped on Churchill Street.

"Here we have someone, people with so little regard for human life or a human being to kill them and put them in the side of the road near a rubbish dump like this," Davis said.

Davis has talked about for years how blight and illegal dumping are connected to crime, but the Churchill Street site became the latest crime scene.

"This is a textbook example," Davis said. "This is it. Blighted conditions create blighted minds that create blighted actions, and we see the epitome of that in this case."

Macon-Bibb Coroner Leon Jones says this is the 22nd homicide so far this year.

"We're on the pace to break a record. End of story. I just threw up my hands. That's all I can do," Jones said.