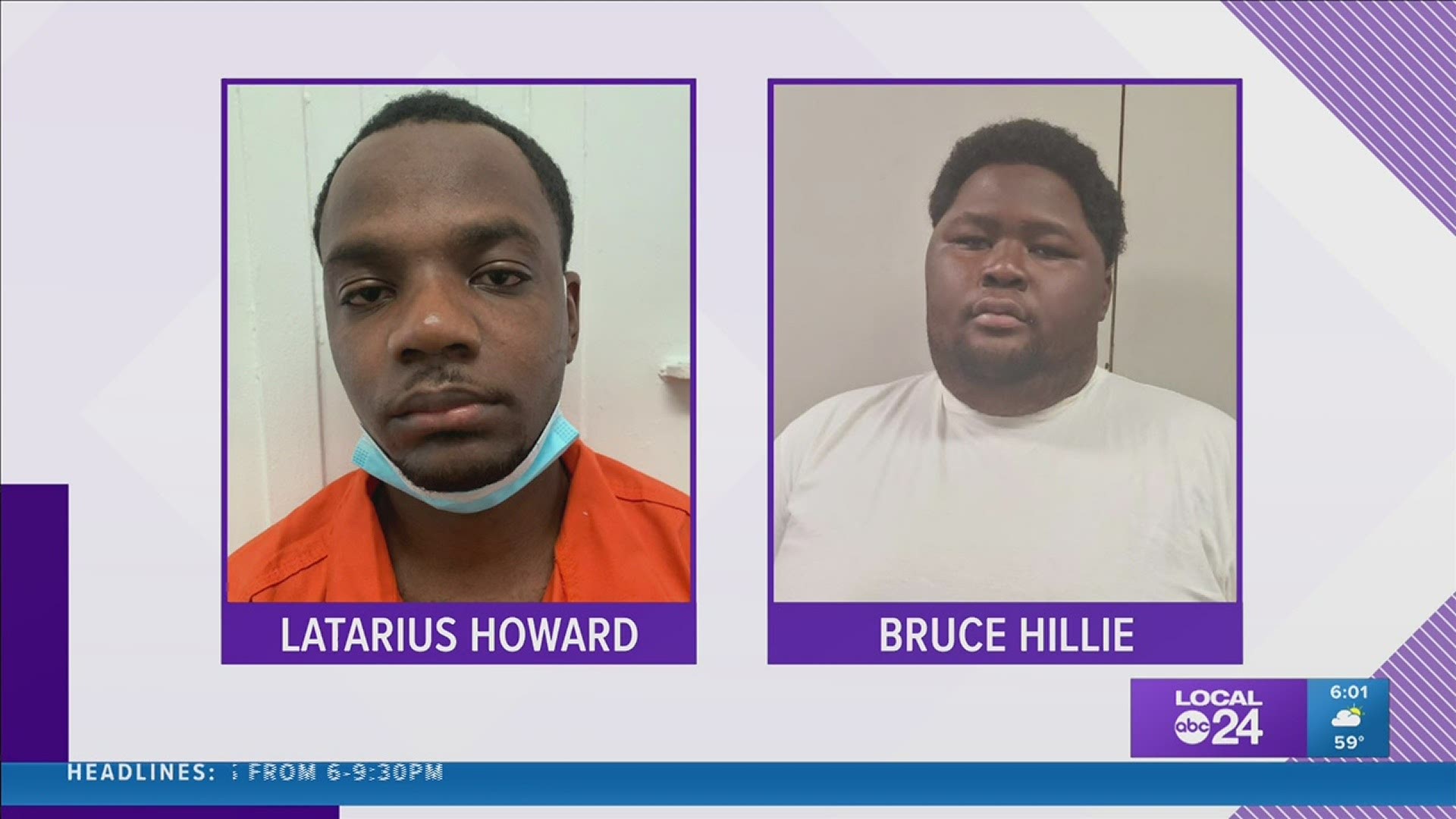 The U.S. Marshals were requested to assist in the apprehension of the primary suspect, Latarius Howard, 29, of Helena-West Helena, and suspected accomplice Bruce Hillie, 24, of Indianola, Mississippi.

U.S. Marshals investigators developed information that Howard had fled the state to Mississippi, and they found and arrested him without incident at a residence on Bryant Street in Shaw, Mississippi, early Friday morning.

Information was also developed on Hillie’s whereabouts, and U.S. Marshals arrested him at a residence on Henderson Street in Indianola early Friday morning. The vehicle believed to be used in the officer shooting was located at the Henderson Street address and was towed and placed in the custody of Arkansas authorities.

“Officer Travis Wallace was an inspiring and motivated officer who served our community well during his five years of service with our department. My deepest condolences are with Officer Wallace’s family,” said Chief of Police James Smith of the Helena-West Helena Police Department. “My thoughts are with the suspects’ families as well, who will also be affected by this tragic incident. Clearly, nobody has won in this battle that our communities are suffering from. I would like to thank all the agencies involved and my brothers and sisters in law enforcement, who assisted in bringing the suspects to face justice. With the grace of God, our community will recover from this and be strong again.”

“Our condolences go out to the family, friends and colleagues of Officer Travis Wallace of the Helena-West Helena Police Department,” said Chief Deputy U.S. Marshal Jay L. Tuck. “This was a senseless act of violence and the Eastern District of Arkansas U.S. Marshals stand with the community and continue to pledge our assistance and resources to combat violent crime. I want to thank all of the first responders in Arkansas and Mississippi who assisted in the apprehension of the fugitives. Our prayers are with all of those affected during this tragedy.”

11:25 a.m. - The Arkansas State Police have released new information on the deadly shooting of a Helena West helena officer Thursday. The officer killed has been identified as 41-year-old Travis Wallace.

(NEWS RELEASE) - Special Agents of the Arkansas State Police Criminal Investigation Division are in northwest Mississippi today where two men wanted in connection with the murder of a Helena – West Helena Police Officer yesterday were apprehended early this morning by U.S. Marshals. Latarius Quayshun Howard, 29, the suspected gunman in the murder, surrendered without resistance in Shaw, Mississippi shortly after 6 AM. Bruce Hillie, 24, the alleged getaway driver, was apprehended in Indianola, Mississippi.

The Arkansas State Police will be the lead law enforcement agency to investigate the Thursday evening shooting incident. Special agents assigned to the department’s Criminal Investigation Division will be responsible for preparing an investigative case file for the Phillips County prosecuting attorney who has filed the state’s charges. Howard faces a capital murder charge, Hillie, is charged with hindering apprehension. Both are being held in the Sunflower County Jail at Indianola, Mississippi and will face an extradition hearing before being returned to Arkansas.

Officer Travis C. Wallace, 41, was struck by gunfire during a gun battle with Howard about 6:11 PM outside the Delta Inn located at 1207 U.S. Highway 49 in Helena-West Helena. Officer Wallace and other local police officers had been looking for Howard who was wanted on charges stemming from a shooting incident in Helena – West Helena about a week ago.

Howard was spotted by Officer Wallace riding in a sport utility vehicle about exit the motel parking lot and turn onto U.S. Highway 49. The officer used his patrol car to block the truck’s exit, at which time Howard exited the vehicle and reportedly began advancing on the officer while firing a gun. Officer Wallace returned fire, however there has been no report that Howard was injured. After wounding Officer Wallace, Howard and the driver, believed to be Hillie, then fled from the crime scene.

Officer Wallace was transported to an area hospital where he died at 7:10 PM.

11:00 a.m. - The Sunflower County, Mississippi, Sheriff confirmed to Local 24 News a second person has been arrested.

We are told Bruce Hillie was arrested along with Latarius Howard in Indianola. Further details have not been released. We are working to get a picture of Hillie.

Lt. Governor Tim Griffin issued the following statement in response to the killing of the Helena-West Helena police officer in the line of duty:

"We face a new day with the knowledge that another Arkansas officer was senselessly taken from us in the line of duty. It is intolerable. This officer was seeking justice for a shooting victim when he was shot and killed. I am heartbroken for the family of the officer, the community, and the Helena-West Helena Police Department who lost one of their own. Our officers and their families should not have to fear this type of loss, yet it is one that is increasingly more real to the law enforcement community. I am praying for those grieving and for the killer to be brought to swift justice.” 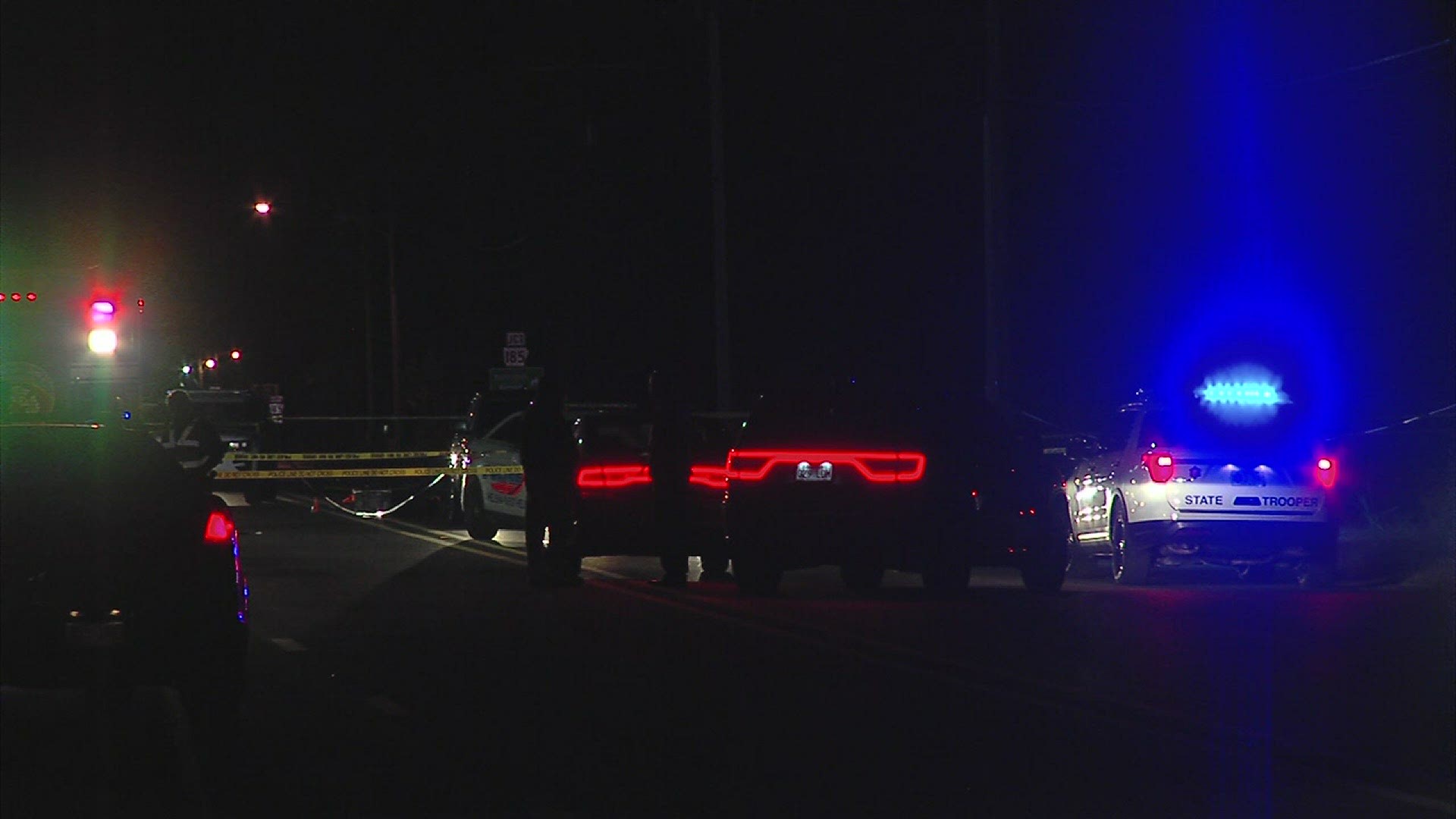 8:50 a.m. - The man who was wanted for shooting and killing a Helena - West Helena police officer has been caught.

According to Arkansas State Police, Latarius Howard is in custody.  No other details have been released yet.

The shooting happened Thursday at the Delta Inn Motel.

#BREAKING @ARStatePolice tell me Latarius Howard is in custody. More details to come later this morning. I’m live at 9 on @LocalMemphis https://t.co/qBSLyt5BOk

The name of the officer has not yet been released.