Men accused of breaking into graves, cutting the heads of bodies to use in religious rituals

Investigators said when they went into one man's house they found six skulls, a hand, a partial arm, and multiple other large bones. 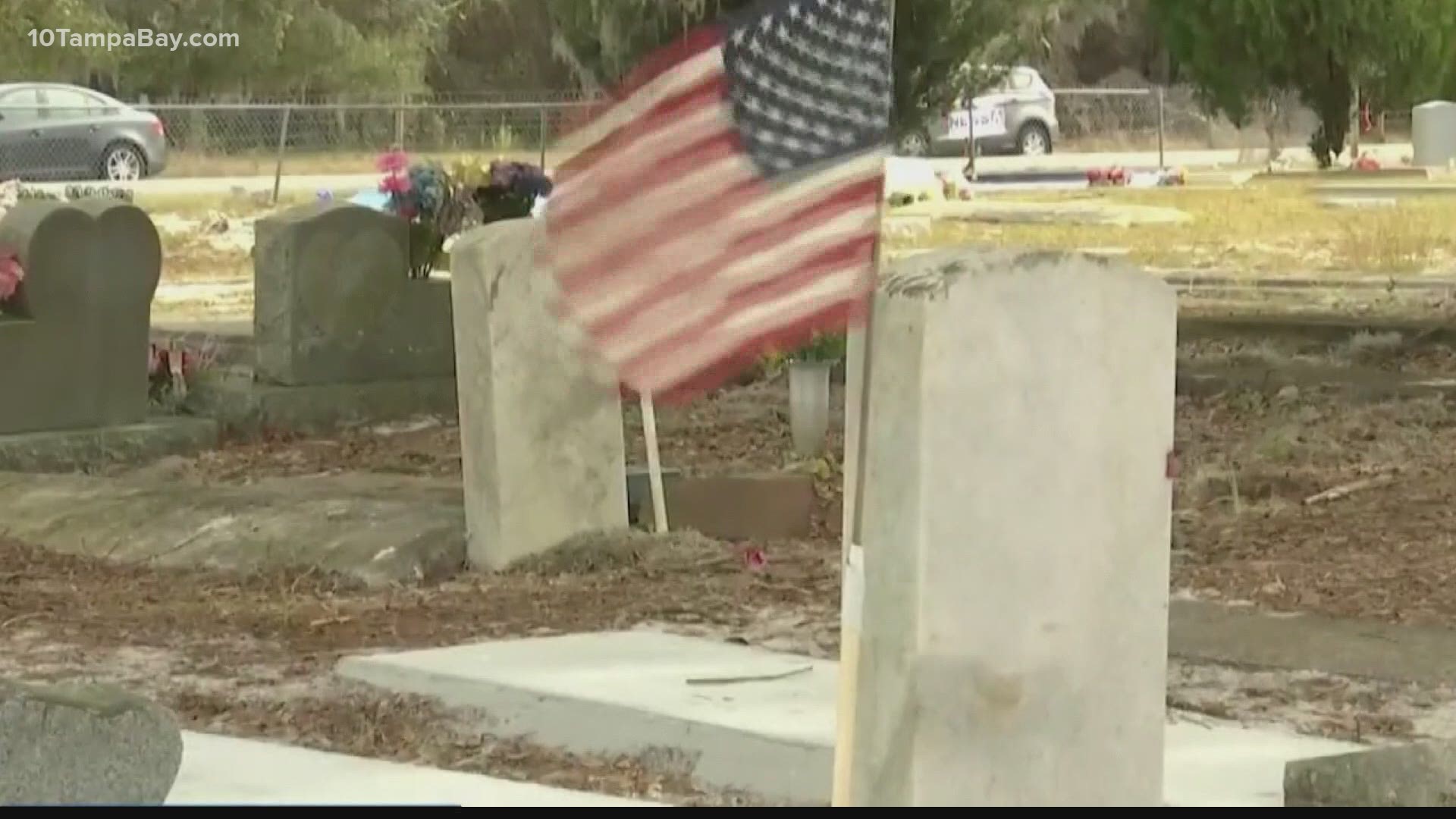 Warning: The following article is graphic and may be disturbing to some readers. Audience discretion is advised.

Two people in Polk County are accused of stealing veterans' remains and using them in religious rituals.

The Polk County Sheriff's Office said the remains were taken from a cemetery in Mount Dora.

The Lake County Sheriff's Office said it had been investigating the gravesite thefts since Dec. 6, 2020. Deputies said they used DNA samples from cigars found at the crime scene to lead them to Brian Montalvo Tolentino, 43, who lives in Davenport.

After getting help from the Polk County Sheriff's Office to help make a direct comparison of Tolentino's DNA, they interviewed him.

Detectives said he confessed to going to the cemetery with Juan Burgos Lopez, 39, to break into graves and cut off the heads of the bodies inside.

Tolentino said they used the heads for religious practices, according to investigators.

The Polk County Sheriff's Office was able to get a search warrant for Lopez’s home so investigators could find and recover any human remains.

Deputies said they found six skulls, a hand, partial arm, and multiple other large bones within what appeared to be some sort of religious shrine inside.

Lopez identified four skulls as being those taken from the Edgewood Cemetery as Calvin McNair, a U.S. Marine veteran, Elbert Carr, a World War I Army Sergeant, Army veteran Henry Brittain and Annie Faniel who dedicated her life to caring for the elderly.

"And, when asked about why the hero's graves, they said because the spirit is much stronger in a hero then it is a normal person," said Polk County Sheriff Grady Judd.

Tanya Boothe and her daughter Emma were the first to discover the damaged gravesites in December.

"No family should ever have to go through something like this," said Tanya. "Once you put your loved one at rest that should be it."

"It makes me angry," said Emma. "I mean, they gave the ultimate sacrifice and you just gave them the ultimate disrespect."

Sheriff Judd says the remains will eventually be returned to family members. They’re also taking DNA samples from a fifth skull they’ve not been able to identify so that if someone comes forward in the future to say their relative's grave was robbed they can try to see if it’s a match.

Both Tolentino and Lopez were arrested on the Lake County warrants by Polk sheriff’s deputies and were transported to the Polk County Jail where they were booked in with bonds of $40,000 each.

They both face charges of abuse of a dead human body disturbing the contents of a grave.

"He complained that in the United States it’s difficult in getting human remains to practice his religion. Well, let me tell you," said Judd, "We don’t have any sculls laying around in the county jail. And that’s where he’s going."

This is a developing story. Stay with 10 Tampa Bay for updates.