White's attorney, Drew Findling, had asked for a signature bond. 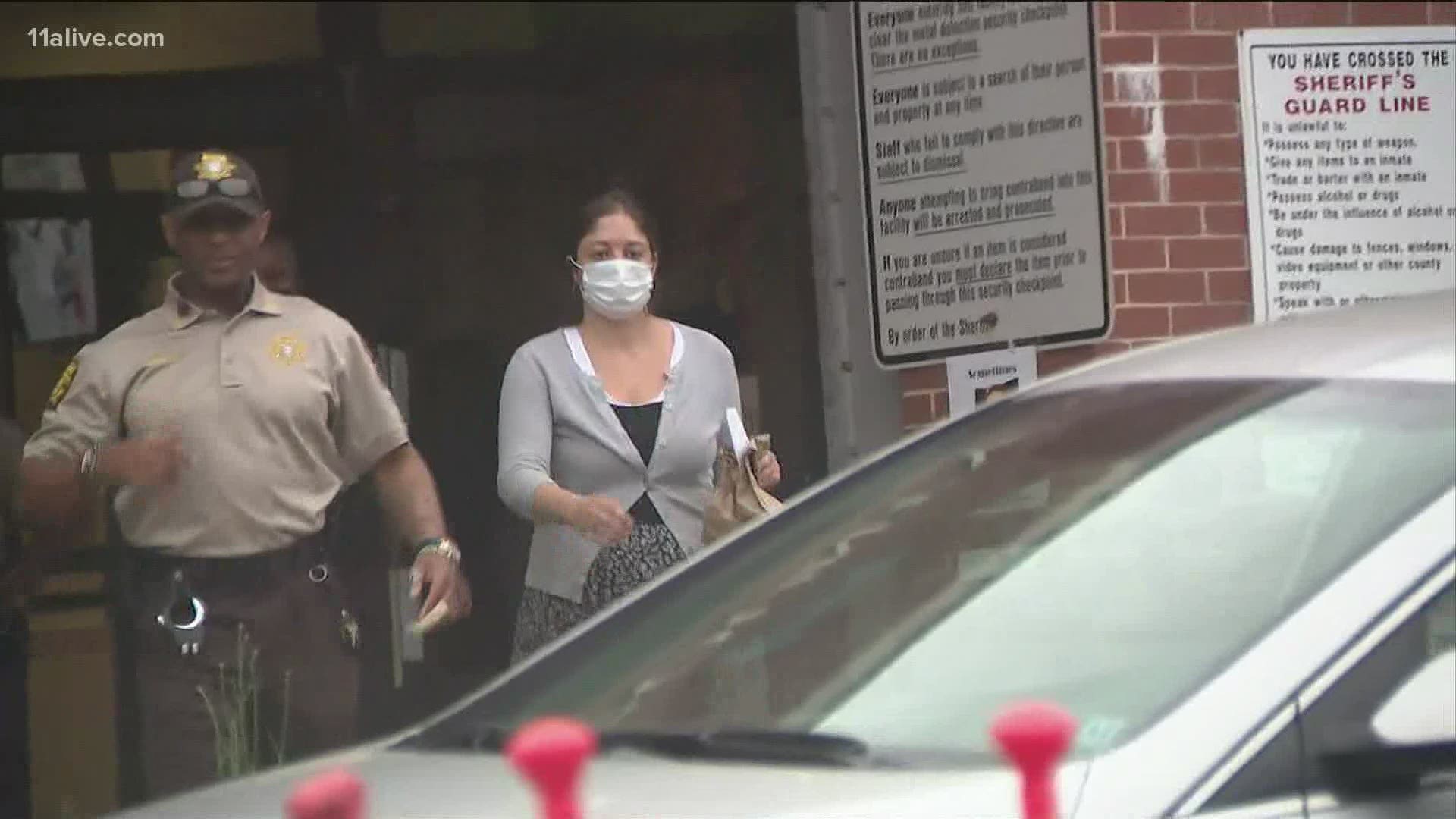 ATLANTA — Natalie White, the suspect in the burning of the Atlanta Wendy's where Rayshard Brooks was shot and killed by an officer, was given a $10,000 bond on Wednesday during her first appearance in court.

She later posted the bond and left jail, to go home to a house arrest order.

Her conditions also include having to wear an ankle monitor and not using any social media, Fulton County Magistrate Court Judge Todd Ashley ruled.

Findling argued that, as a 29-year-old native of the area who posed no flight risk and had no prior criminal record, a signature bond was appropriate for White. He also argued her family could not afford a thousands-dollar bond.

Judge Ashley however, focused on the circumstances of the arson charge against her.

"Let's take a look at the danger to the community. And so if someone is alleged to have set fire to a building with other people around, whether or not the building was occupied or unoccupied, that would present a danger to firefighters if they were able to get to the scene. That Wendy's is right next to a gas station. And so when you have fire right next to a gas station, that's a volatile combination," Ashley said. "So I do not find the lack of a criminal record that persuasive and a signature bond is denied."

The judge indicated the ankle monitor requirement could be modified at a later date.

Findling had argued that it was a "false narrative" that White had burned down the Wendy's. He told 11Alive's Natisha Lance in an interview on Tuesday night that pictures showed her next to the building when it was already on fire.

"The notion that she started the fire is pure silliness," Findling said last night.

And on Wednesday, he said once again that she didn't start the fire. He mentioned that there were so many people at the scene that night.

"Everyone is looking for someone to blame," he said. "Cause it makes a good story and it's a distraction from the other things that are going on in our city. So, Natalie White is a distraction of the day.

RELATED: Natalie White: Rayshard Brooks mentioned the name to police. It just came up again in a warrant

White was apprehended under a negotiated surrender and booked into Fulton County Jail on Tuesday night. She'd been named a suspect and warrants were issued for her arrest over the weekend.

The fire happened a day after Rayshard Brooks was killed in a police shooting in the Wendy's parking lot.

Protesters also gathered last night outside Fulton County Jail to perform a "noise demo" in demand of her release.

The name Natalie White was mentioned by Brooks in body camera video from the night of the shooting, though attorneys for the Brooks family said they are "unaware of any connection" between the two.

Findling declined to elaborate on how White may be connected to Brooks and the case, saying he would "not go into detail" except to say they were  friends.

By Wednesday evening, White had been released from jail on bond.