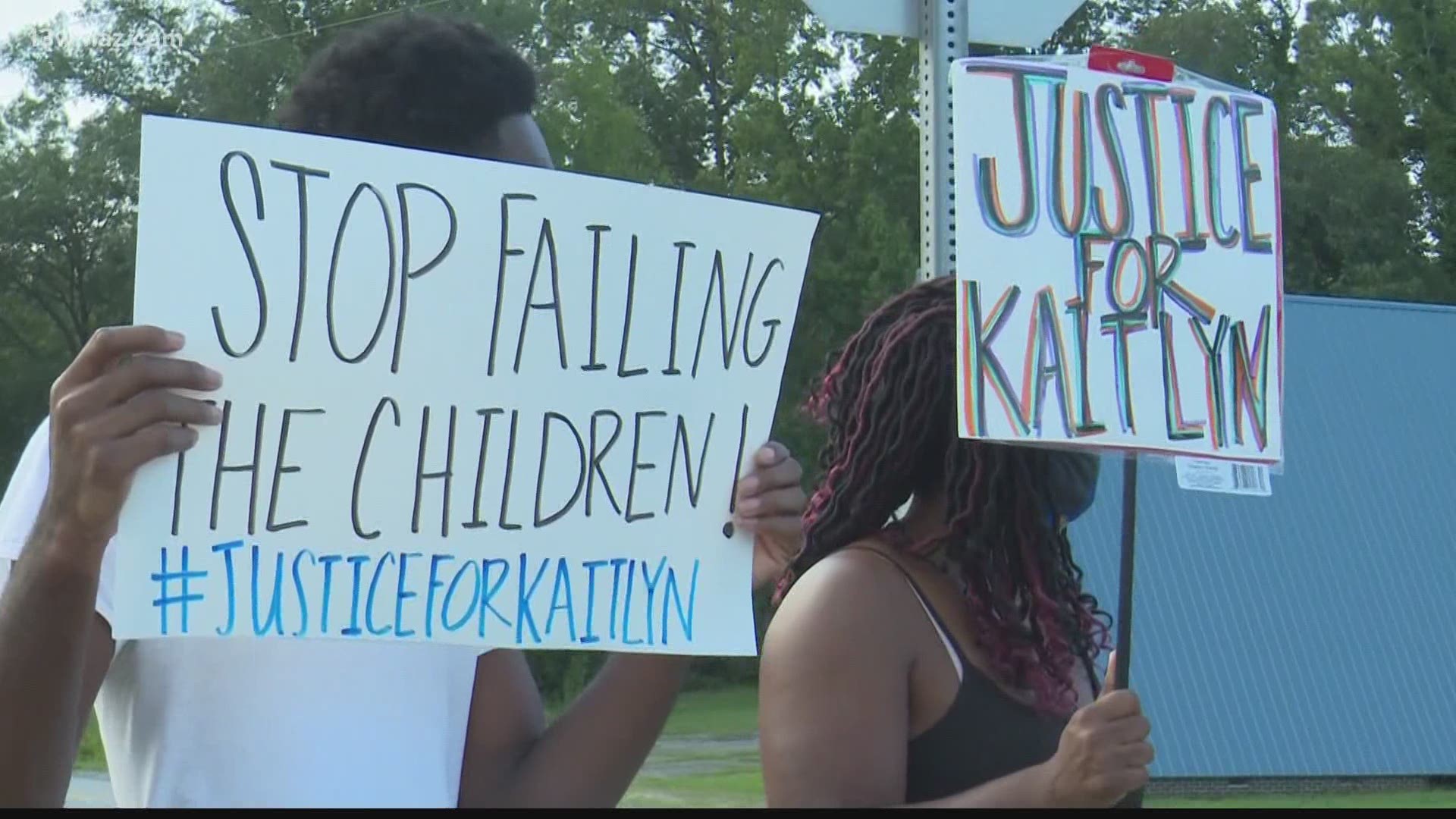 His arrest comes after a vigil last Sunday where people demanded justice for Kaitlyn and the arrest of the other adult in the house.

Kaitlyn's maternal grandmother Anna Horton commented on the arrest in a statement to 13WMAZ saying, "Joey should have been arrested immediately, he deserved it."

Horton says, "Had the system done their job and rescued Kaitlyn, I would [have] raised her, too."

DFCS would not confirm whether Kaitlyn's two older brothers were taken out of the care, saying it was against Georgia law.

The GBI says the family had a "long history" with DFCS since Kaitlyn was born. Several people who live in the area say DFCS should have stepped in sooner. One of those people is Solomon London, who lives down the street from the family.

"Whoever held that little girl's fate in their hands should be behind bars. That's what they deserve. at some point, you're paid to do a job," London said.

London says three of his kids played with Kaitlyn, and now, he wishes he called DFCS or the police the first time he met her.

"The little girl stopped and was like, 'Oh, don't come no closer,' and that girl said said, 'My mom will beat me.' I heard this and I was like... you know, when something rubs you the wrong way, it just..."

Debra Ford lives right next door. She says Kaitlyn would often ride around the neighborhood on her bike. Ford says Kaitlyn used to drop by her house for snacks. She says it hurts to picture what Kaitlyn may have gone through.

As for the cause of death, GBI says its not confirmed yet because they're still waiting on those autopsy results.

RELATED: 'Say a prayer for her:' Ivey community honors 12-year-old Kaitlyn Yozviak with protest and vigil