When a family leaving Walmart found themselves staring down a man running from police, this shopper took action. 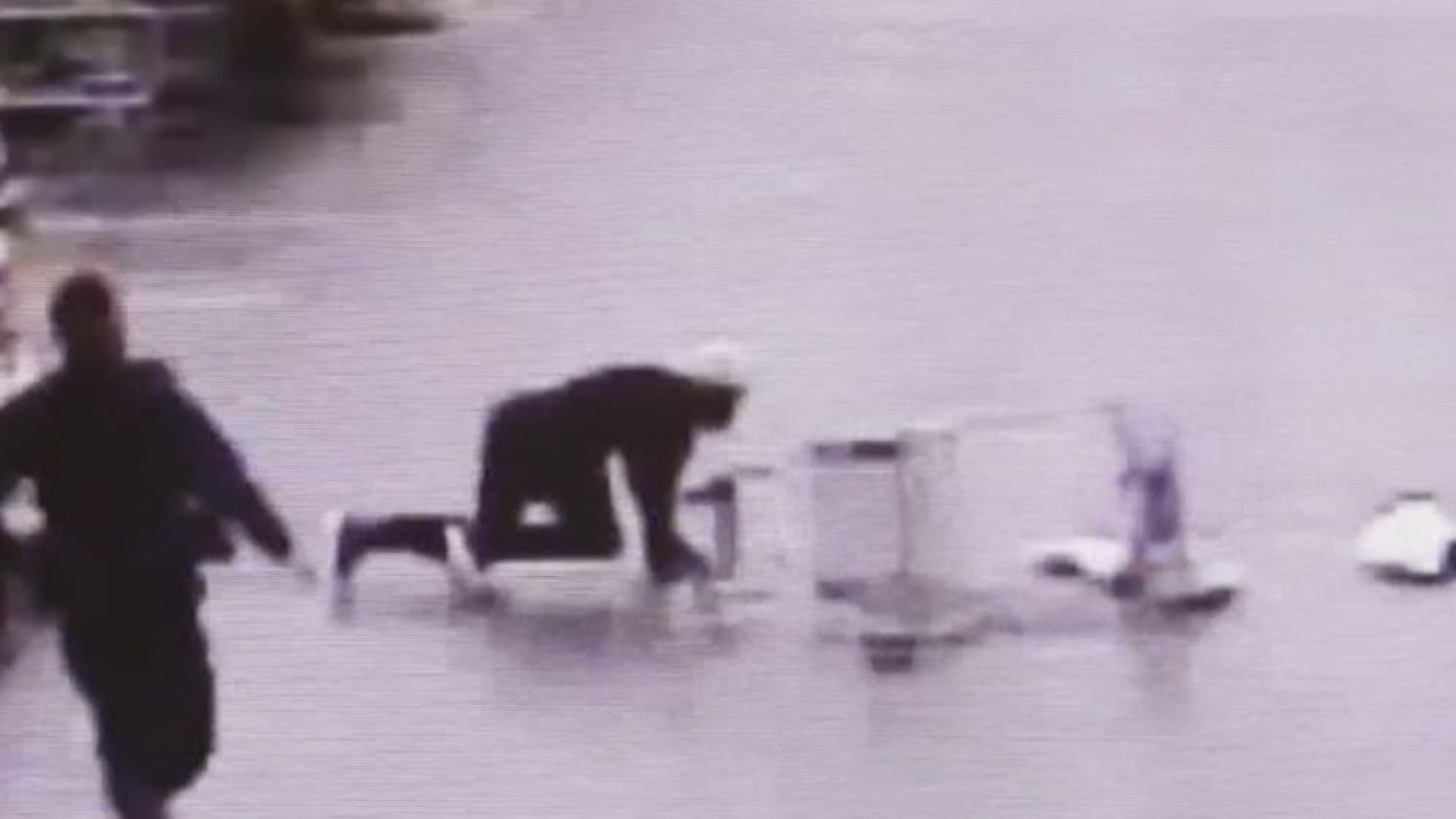 PEACHTREE CITY, Ga. — An accused thief got a huge surprise in the parking lot of a Peachtree City store when a police chase ended with a shopping cart takedown.

Police said it happened in January after two suspects were confronted by security at the Home Depot off of Highway 54. They're accused of shopping for power tools they had no intention of buying.

Police said that after trying to make a run for it with the merchandise, they made a dash out of Home Depot and across the lot toward Walmart.

On the scene in seconds, that's when officers started chasing one of them. Body camera video shows one of the accused thieves getting away until a family who had just wrapped up their shopping at Walmart found themselves in the middle of the action.

They freaked out as they realized they were in the direct path of the perpetrator. But the guy pushing the cart jumps into action to help officers out.

The alleged thief, later identified as 41-year-old Marcus Melik Smith, takes a tumble after being taken out by a shopping cart - then he gets arrested.

Police aren't saying who the Good Samaritan actually was. But they did confirm Smith is locked up in Fayette County jail thanks to a quick-thinking shopper's actions.

Police said they left their mother sitting in her own feces for 2 weeks before she died. Now, they face felony charges