Police have since located and arrested the suspect and have charged him with kidnapping. 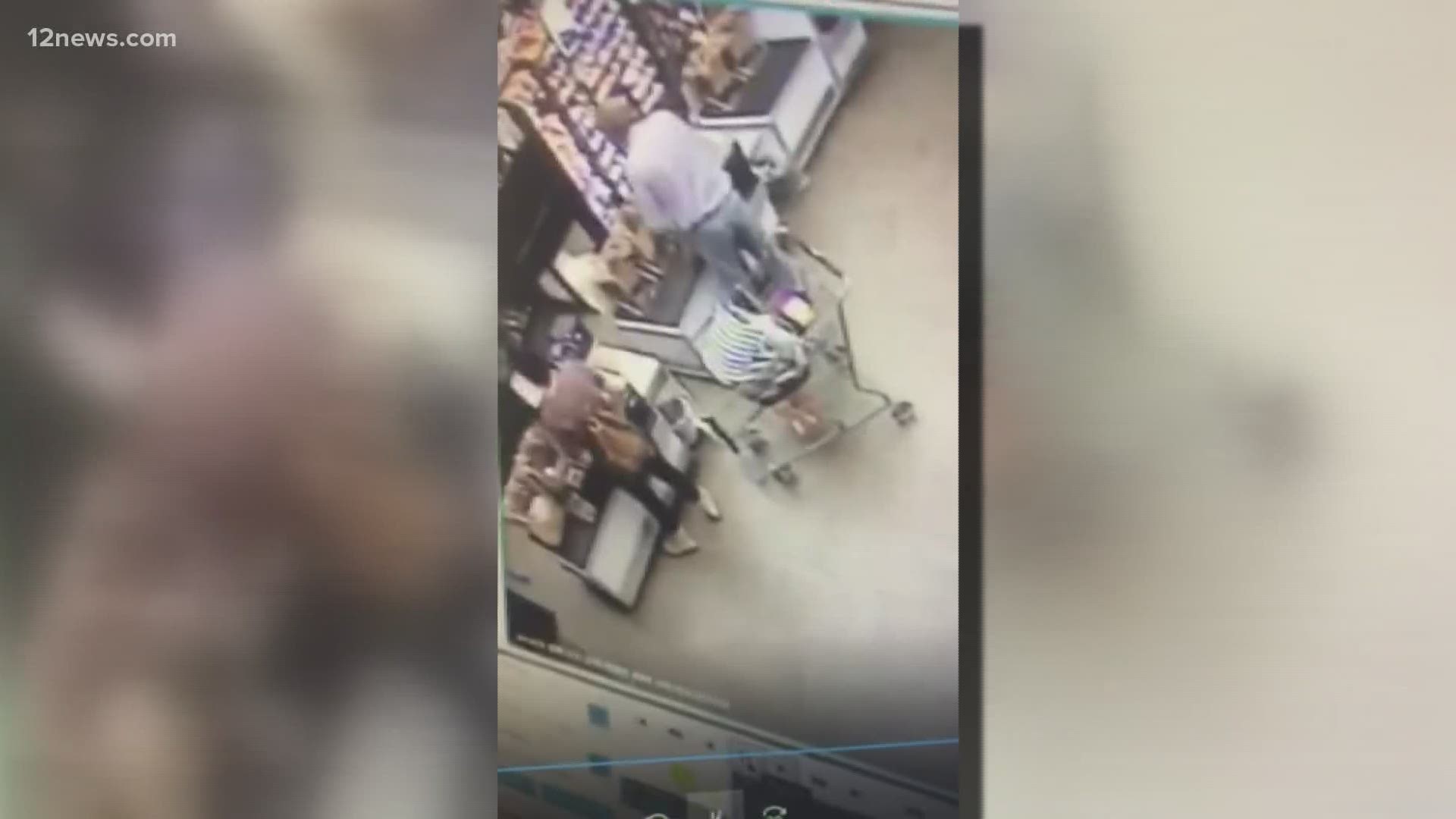 PHOENIX — Police in Flagstaff have arrested and charged a man who they say tried to leave a grocery store with a woman's infant child while she was buying groceries.

Police located and arrested Jeffery Roholt, 59, and charged him with with one count of kidnapping.

According to Flagstaff PD, officers were called to the Bashas' located on Woodlands Village Boulevard Thursday, after a mother was buying groceries at the self-checkout when the man took her shopping cart that had her child inside.

"The mother quickly noticed the male leaving with her infant and stopped the male, preventing her child from being abducted," Flagstaff PD said in a release.

In an interview with police, Roholt told detectives he believed the cart was his and attempted to leave the store, according to Flagstaff PD.

Surveillance video caught it on camera:

Anyone with information is asked to contact the Flagstaff Police Department at (928) 774-1414 or you may remain anonymous and provide information by calling Silent Witness at (928) 774-6111.

Here are some photos of the man from the security camera.