According to Sheriff Sills, the officer says his wife committed suicide. The sheriff isn't confirming that yet. 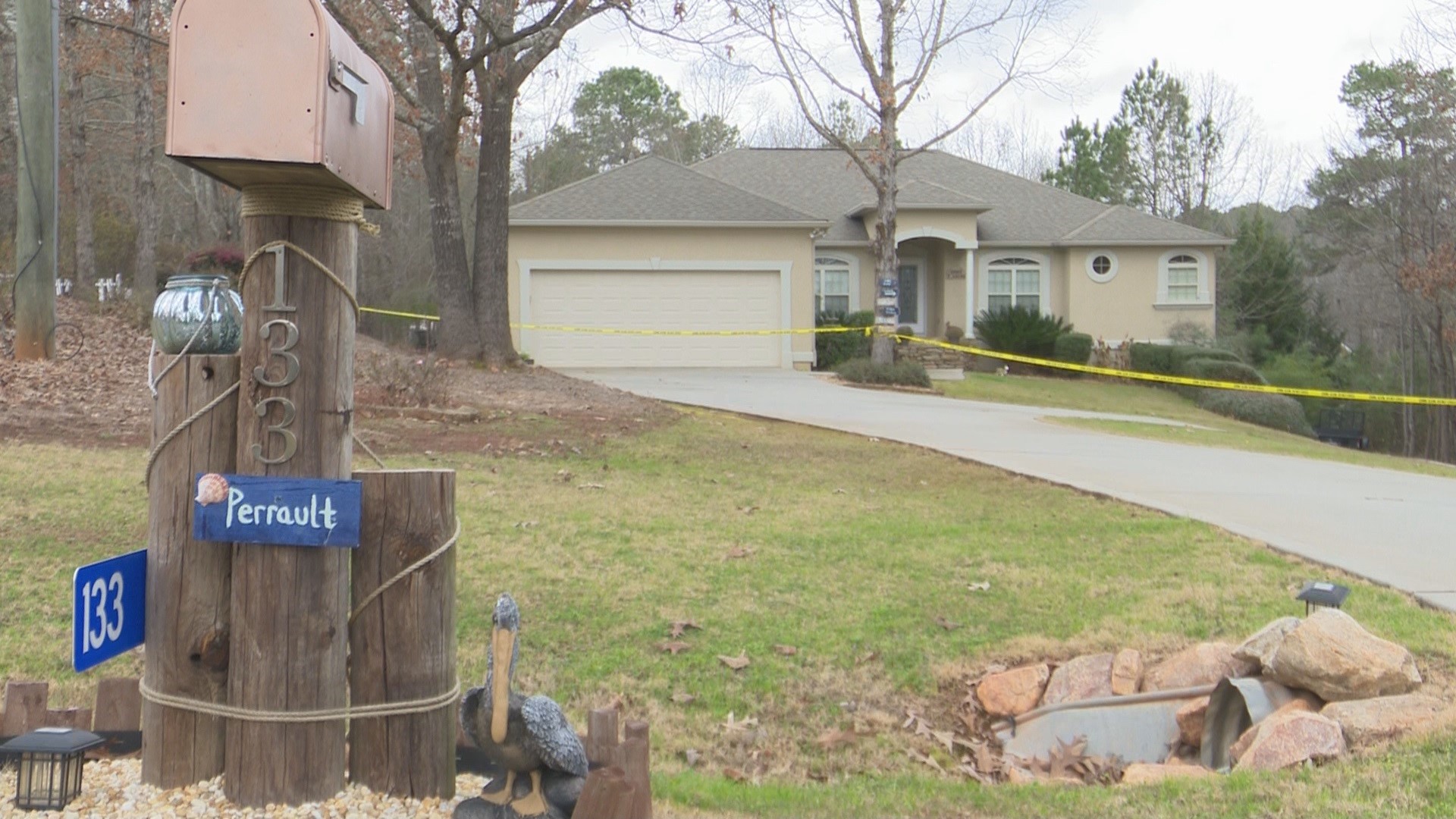 PUTNAM COUNTY, Ga. — For the third day in a row, GBI and Putnam County investigators were back at the home where an Eatonton Police officer's wife was found shot to death.

No charges have been filed, but Sill is calling the death "suspicious."

The two were the only people in the house at the time.

"Only the two of them, only Amanda and Michael Seth Perrault," he said.

Less than a week earlier, Perrault was arrested and charged with simple battery after an alleged domestic dispute. He was also charged with third-degree child cruelty, because his 8-year-old daughter was present.

Though none had been reported to the Sheriff's Office prior to that case, Sills said conversations with family members revealed "there appears to be a long history of domestic abuse."

According to Sills, Michael didn't call 911. Instead he called his boss, Eatonton Police Chief Kent Lawrence.

"Perrault had told him that his wife had killed herself and we of course responded immediately to the scene," Sills said.

The sheriff made it clear: Perrault is not officially a 'suspect' and it is currently a death investigation, not a homicide case. However, the sheriff didn't rule anything out.

"Any unattended death that is required by law to be investigated in Georgia, you approach it obviously objectively, but you're looking for any sign of wrongdoing, okay?," Sills said.

We asked him if homicide had "been ruled out."

His answer? "Absolutely not."

Whatever the investigation determines, Penny Dobbs, who lives up the street in the quiet lakeside community, says Putnam County will miss Amanda Perrault.

Dobbs called her "one of the most beautiful people I've ever met, very sweet, very kind."

Eatonton Chief Kent Lawrence says Perrault is on unpaid administrative leave and facing an internal investigation as a result of his simple battery charge.

When it's finished, Lawrence said the 14-month veteran of the Eatonton Police Department may lose his job.

His full statement is attached below.