Bibb County Sheriff's Office says he was arrested a total of seven times in the county since 2016. 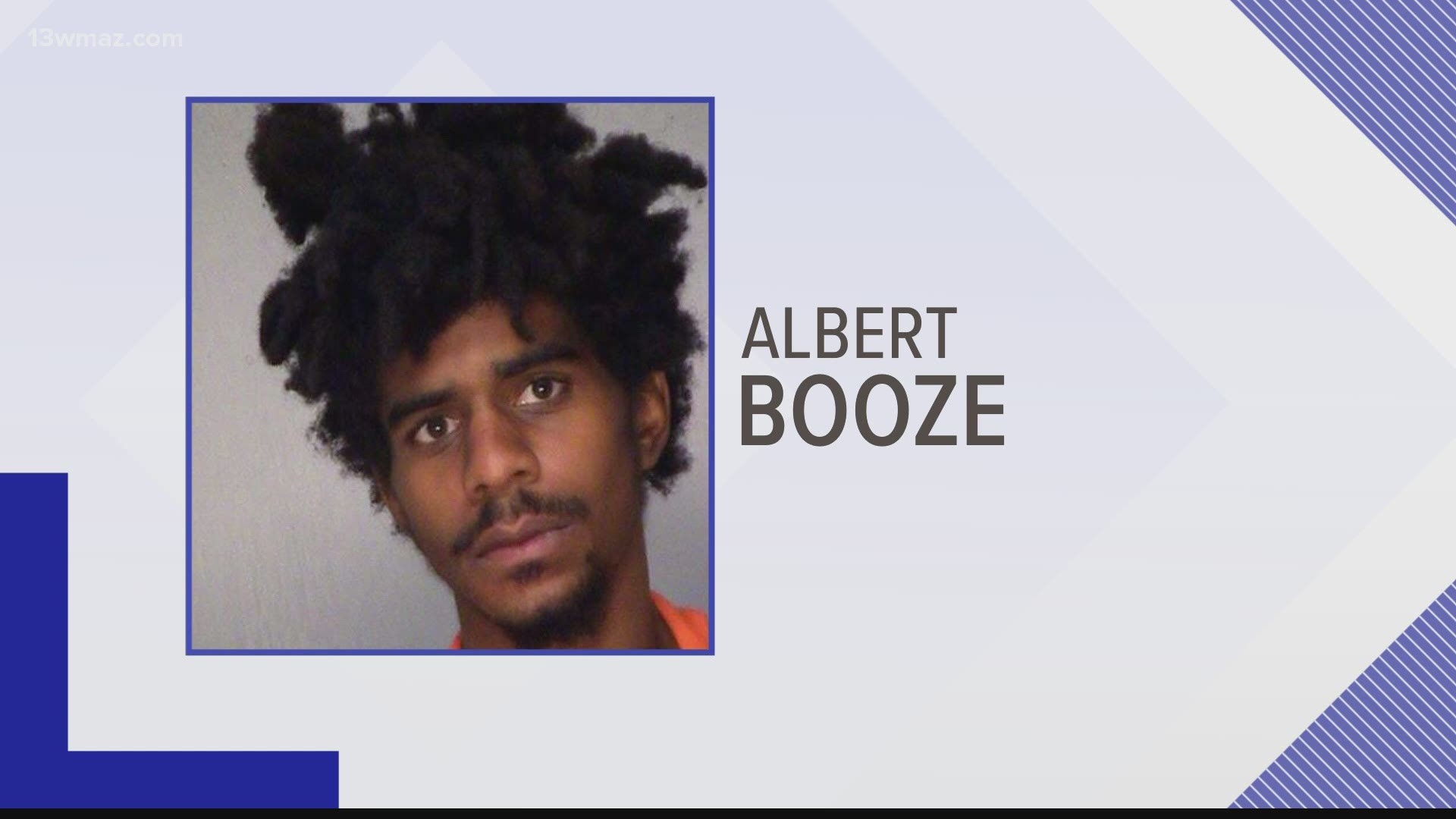 MACON, Ga. — Court documents show inmate Albert Booze has been in and out of the system since 2016, and attorneys questioned his mental competency.

Booze is charged with the murder in the stabbing death of Bibb County Deputy Christopher Knight Tuesday morning inside the Bibb County jail.

According to the Bibb County Sheriff's Office, Albert Booze has been arrested a total of seven times since March 2016.

This week, Booze was in jail on charges from November 2020 of criminal damage to property, giving a false name, trespassing, and giving an incorrect birth date to law enforcement, but before then, he was in and out of jail. Three of those arrests came within a two-week stretch in 2020.

Bibb County Sheriff's Office says just a week before his arrest last November, Booze spent a night at the jail for disorderly conduct.

Days before that, he was in on a charge of criminal trespass.

Between 2018 and 2019, he was arrested three times. Those charges included a felony and misdemeanor charge of theft by taking, shoplifting, disorderly conduct and obstructing a deputy.

His first time in the Bibb County jail came in 2016, he spent one day in jail on charges of simple assault and affray--or a public fight.

"We were veterans inside the jail. We pretty much knew all the inmates -- not all, but especially the ones that are repeat offenders. You get a rapport with them, but you do have a selective few, like Mr. Booze, that was an issue and you needed more than one or two deputies to deal with him," Young said.

Young talked about one case of Booze acting out.

"Like you open up his cell door. He'll jump out, but he won't attack the deputy. He'll just be running from you and tearing up the equipment, like the computers and stuff," Young said.

King says Booze acted out more when deputies had to transport him.

They show that a judge signed off at least twice--in 2019 and last December--asking the state to do a mental evaluation on Booze.

The idea was to decide whether he was mentally-competent to distinguish right from wrong, and, in at least one case, a judge signed off on doing an evaluation of whether Booze would be competent to stand trial.

Bibb County Superior Court records do not show the results of those evaluations or what the courts concluded.

So far, we have not been able to confirm how any of the earlier charges against Booze were resolved.