'Somebody knows something': Macon mother asking for answers after anniversary of son's death

La'Terry Kendrick was shot and killed in the parking lot of a convenience store on March 25, 2020. No arrests have been made in his death. 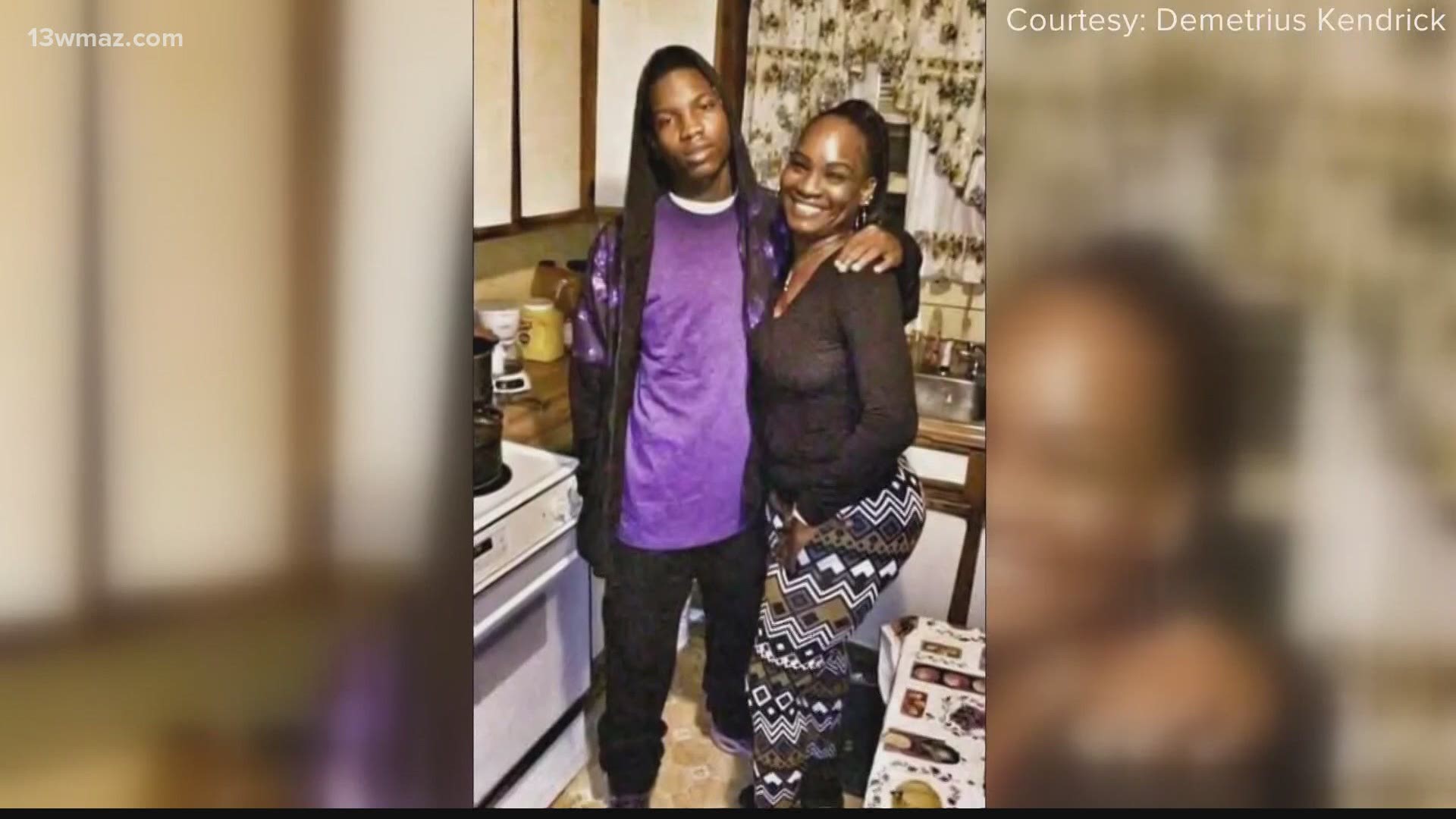 "I'm kind of at peace with it but it still hurts every day. I just wish somebody would say something. Somebody knows something," says Kendrick.

Her son was shot and killed in the parking lot of a convenience store on Houston Avenue.

She says since then, she and her daughter Ramyia Anthony have leaned on each other for support.

"He was like a father to me so anytime I called, I know he'd be there. Now it's just hard for me because I don't wanna have to keep relying on my mother for everything. So it's just kind of hard to not be able to call him from time to time. It's hard but it's OK," says Anthony.

Kendrick says she's been in contact with the sheriff's office, but the investigation is at a standstill with no new information, but a recent cold case arrest from a 2004 murder gives her new hope.

With the anniversary passing last week, she and a group of about 30 people marched along Houston Avenue to the spot where La'Terry was killed.

She says it was just one way to honor him, along with a portrait that's now painted on her living room wall.

"My stepbrother is an artist and he's from Columbus, and he just came over and said, 'I'm gonna paint your son on the wall,' and I said, 'Go for it.' That's my peace every day. It's the smile for me," she says.

Kendrick says even though it's a struggle, she waits by the phone every day for a call from investigators.

"Once I get justice then I'll be ok with it."

Kendrick says one anonymous tip can bring her and her family the closure they need.

Anyone with information on the death of La'Terry Kendrick can call the Bibb Sheriff's Office at 478-751-7500.