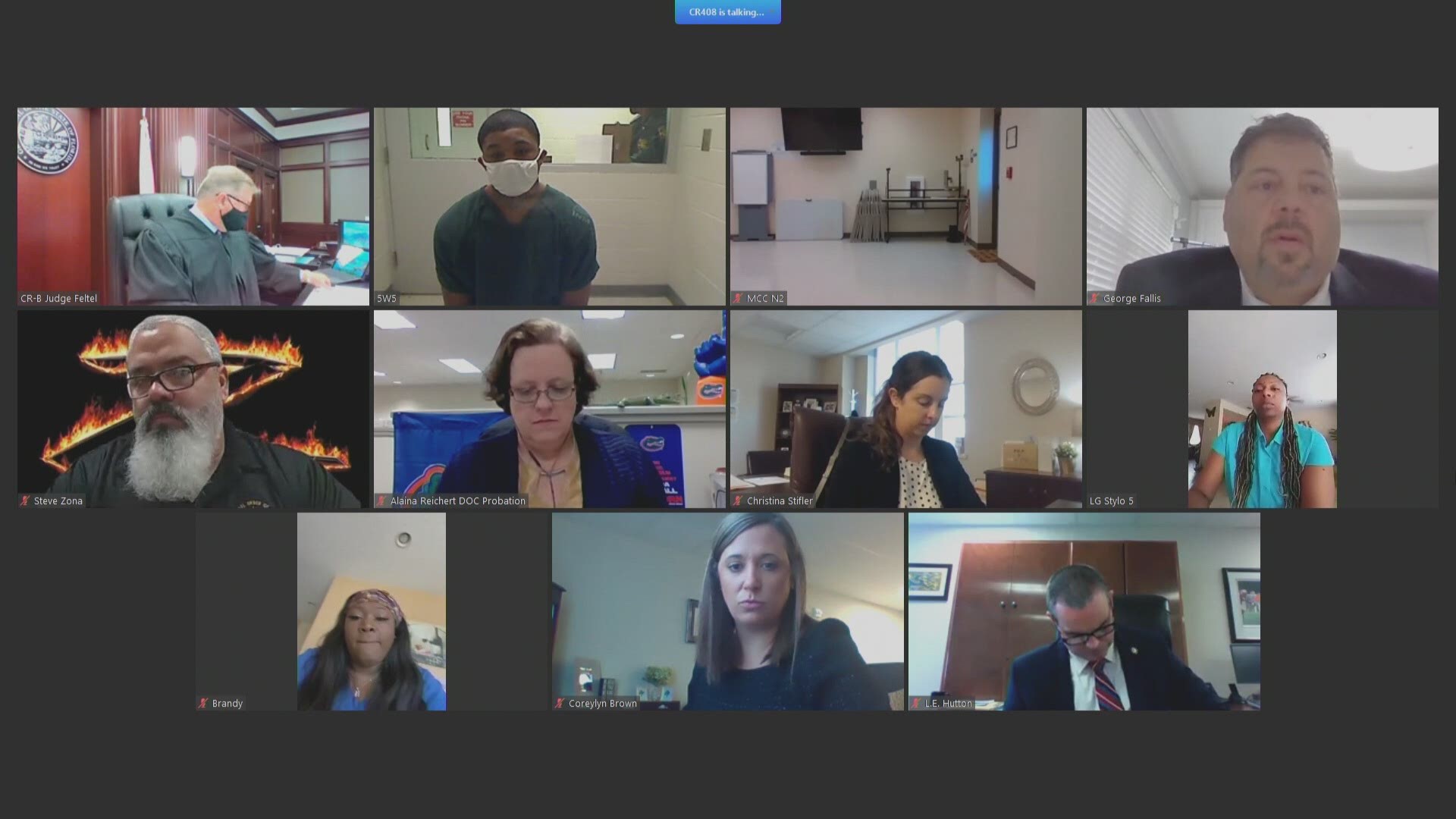 JACKSONVILLE, Fla — The teen who admitted to killing a Jacksonville police K-9 in 2018 will spend 25 years in prison, as well as serving 10 years of probation.

Jhamel Paskel was sentenced Wednesday morning on six charges stemming from an armed carjacking and kidnapping at the 7-Eleven on Lem Turner Road on Sept. 30, 2018. Paskel was 17 years old at the time, but was charged as an adult.

JSO said at the time that Paskel ran from the vehicle and the K-9, Fang, was sent out after him. Police said Paskel shot and killed Fang, but was caught by officers who had formed a perimeter.

Paskel will also have to pay $8,000 in restitution to the Jacksonville Sheriff's Office.

After Paskel's prison sentence, he will have to serve 10 years of probation, which will include completing the Operation New Hope program; task evaluations and follow-up treatments; and remaining employed while on probation. The judge said early termination could be possible after the first five years of probation if he remains in compliance with the terms.

#Developing Jhamel Paskel, the teen who admitted to killing a JSO Police dog, Fang, in 2018, will spend 25 years in prison and 10 years on probation and pay $8,000 in restitution to the sheriff's office.