After searching the car, a deputy found a baggie of marijuana in the driver's jacket pocket, and a THC-infused chocolate bar in the trunk. 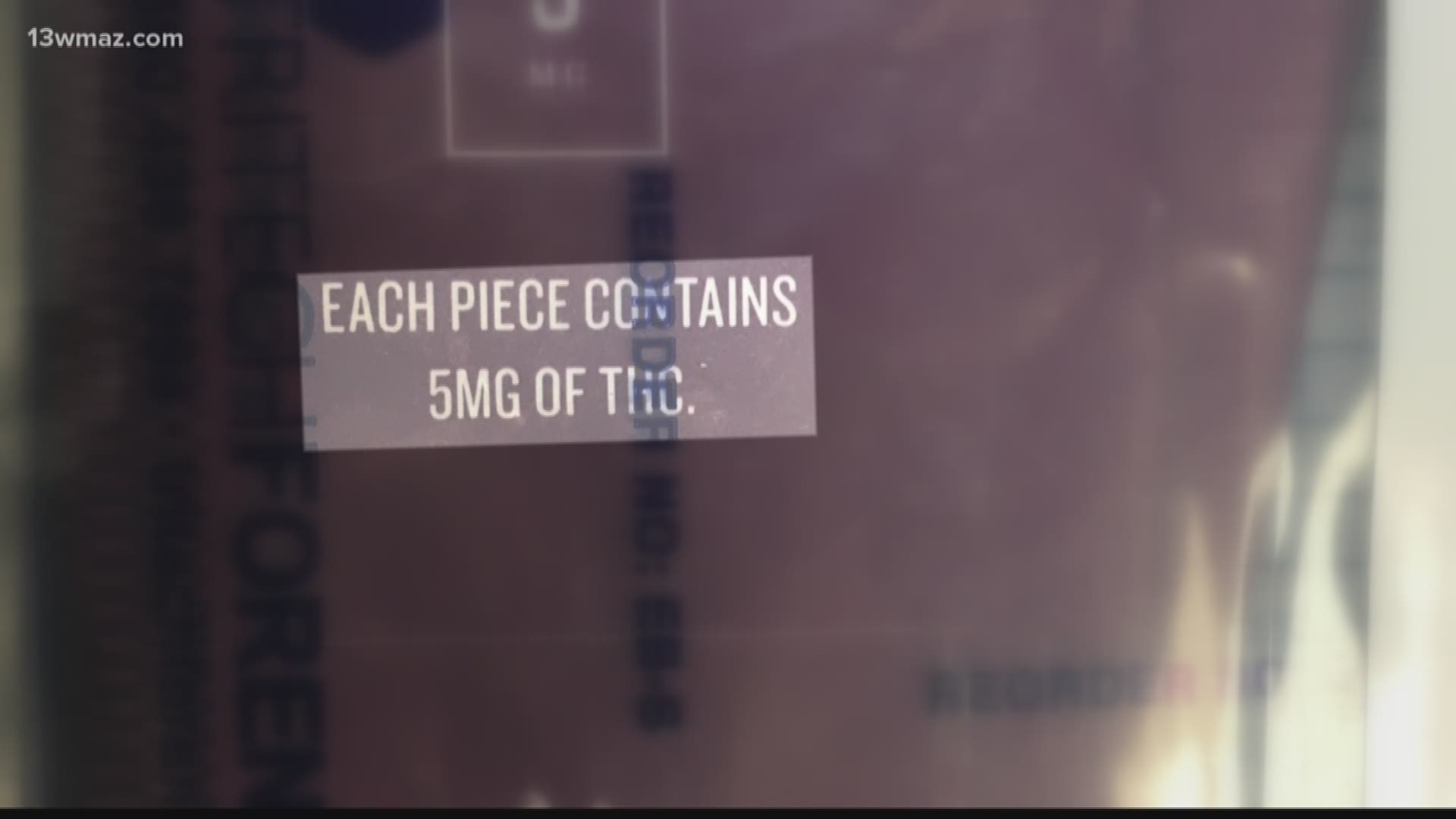 FORSYTH, Ga. — During a traffic stop in Monroe County, a Georgia man was arrested for an illegal tag cover and possession of marijuana, but part of the drug possession charge includes a candy bar.

"We see a lot more of these edibles. Kids and adults have gotten some pretty bad results from eating these things," Monroe County Sheriff Brad Freeman said, talking about products containing THC.

It's the ingredient in marijuana that creates a "high."

According to a Monroe County Sheriff's report on November 26, a deputy smelled marijuana in the car during a traffic stop.

After searching the car, he found a baggie of marijuana in the driver's jacket pocket, and a THC-infused chocolate bar in the trunk.

Freeman says, "The fact that he stated that it was marijuana, and it had THC in it, it was included in the charge of possession of marijuana."

The driver told the officer he got it while visiting California. Under Georgia law, THC is the equivalent of marijuana.

"They come from states where THC may in fact be legal, or they're under the impression that THC oil is legal, it's not legal in Georgia," says Anderson.

According to state law, Governor Brian Kemp signed a new hemp law allowing for having 0.3% of THC in hemp products.

Since the driver admitted the candy had THC in it, Freeman says officers didn't have to verify if it was hemp or THC, but that's not always the case.

"We can certainly try other methods of investigative techniques to find out if it was marijuana, but ultimately you'd want lab results to prove that it was indeed marijuana given the new hemp law," says Freeman.

The GBI crime lab tests only marijuana evidence that weighs one ounce or more, making it more difficult for prosecutors to prove if smaller products are marijuana based, even if it clearly says so.

Freeman says, "Just because it says it on the packaging that it says 0.3 THC, don't always believe what you read."

Hemp and marijuana, defined in state law, look and smell the same, but they differ radically in THC content.

RELATED: Is it pot or not? Busts show growing confusion over legal hemp